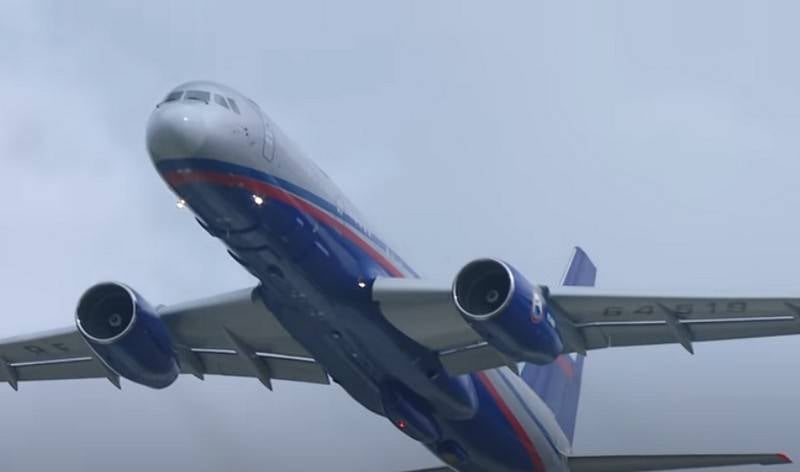 The Russian Tu-214ON Open Skies aircraft made its maiden flight as a reconnaissance aircraft.


It is reported RIA News with reference to the military-diplomatic source.

The Tu-214ON aircraft took off from the airfield near Taganrog, after which it flew along the coast of the Crimea and Krasnodar Territory. The main task is to check the camouflage of military objects and the ability of the air defense system to detect air targets in the passive location mode. The flight was completed on Thursday, March 4, and the plane has now returned to Moscow.

(...) Tu-214ON performed an observation and reconnaissance flight from a military airfield near Taganrog along the coasts of the Krasnodar Territory and Crimea. Its main goal was to check the camouflage and security of military facilities, units and formations located there, including the Sevastopol and Novorossiysk naval bases.
- said the source.

According to him, the first flight lasted more than 3 hours, following its results a decision will be made to modernize the equipment to perform tasks in the interests of the Russian Armed Forces.

Recall that after the US withdrawn from the Open Skies Treaty, Russia began a similar procedure. As the Ministry of Defense said earlier, after leaving the Don, the Open Skies planes are supposed to be used for reconnaissance, monitoring the security of military facilities, assessing the results of weapons tests and the effectiveness of exercises.
Ctrl Enter
Noticed oshЫbku Highlight text and press. Ctrl + Enter
We are
The first Tu-XNUMHON transferred to trial operationReady second Tu-214ON
Military Reviewin Yandex News
Military Reviewin Google News
37 comments
Ad