Donbass is on the verge of a big war 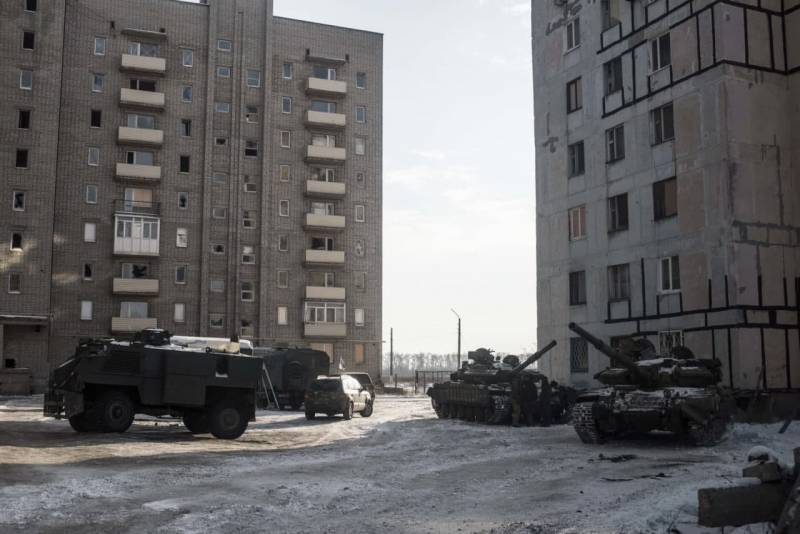 The situation on the contact line is close to an explosion - just bring a match. Clashes take place along the entire length of the border between LPNR and Ukraine. The intensity of the shelling is comparable to 2014. Already hundreds of mines, shells and missiles of MLRS are falling on the outskirts of Donetsk and Gorlovka, exploding at the Svetlodar arc and under Sakhanka. For two weeks now, evidence has been coming from the territory occupied by Kiev that Ukraine is pulling together echelons of armored vehicles to the front line. Ukrainian media are making similar accusations against Donetsk and Lugansk. In Kiev, they are discussing a new law on mobilization, much more stringent than its Soviet counterpart - it seems that a legislative basis is being prepared for the compulsory and fastest replenishment of personnel reserves.

The NM LDNR reacts to the provocations of the Armed Forces of Ukraine - according to the testimonies of the military, there is a permit for a "response". Judging by the publications in the Ukrainian media and groups on social networks, the Armed Forces of Ukraine are suffering losses. Moreover, the units of the People's Militia were given permission to conduct preemptive fire to suppress and destroy enemy firing points. How adequate is the "response" - we do not undertake to judge. However, on the whole, the tone of the statements made by the LPNR authorities allows us to conclude: the republics are preparing for a full-scale war; you won't be able to catch them off guard.

The republics have more than once found themselves on the brink of another bloodshed, but each time the situation “cooled down”. Probably, this time the matter will still get off the ground - is it not for nothing that Kiev is pulling so much iron to the line of demarcation? The moment is more than suitable for Ukraine. It is not known exactly what is happening on the diplomatic front; exactly what nuances are being discussed behind closed doors between the participants in the Normandy format. But it is obvious that Ukraine and its authorities are completely bankrupt. This year, it is necessary to return the interest on the loan to the IMF in the total amount of 587 billion hryvnias, and the mission does not want to give a new tranche. Internal contradictions are aggravated in the country, everything is bursting at the seams. It's time to organize a bloody war, in which it is not at all necessary to win. Rather, on the contrary, a military defeat will give the Kiev rulers an opportunity either (in the event of a complete defeat) to flee and then portray the government in exile, living in stolen billions, or introduce martial law, tighten the screws in the country to the limit, demand a grace period for loans and beg for money.

Both among the military and among the population, many view the current crisis with hope. Many people on the territory controlled by Kiev have houses, relatives, families; someone just wants revenge, the final and irrevocable destruction of the fascist regime in Ukraine. Someone sees in a possible war a point of bifurcation, after which the republics of Donbass will emerge from the current state of "neither peace, nor war." In any case, both for the People's Militia of the LDNR and for the republics themselves and their population, a potential war is an exam, and it is simply impossible not to pass it. Of course, Russia will not allow the physical destruction of the republics. However, military defeats, the stupidity of the command and the manifestation of the traditional republican "creativity" can critically affect the morale of servicemen and the mood of the population.


An important question is how to be the numerous volunteers from the LDNR and Russia, who will be happy to be with weapons in the hands of defending the republics, but do not have the slightest desire to sign a contract with the People's Militia? It is one thing to fight, another is to march and shine with the knowledge of the charter. Thousands of people are ready to sacrifice everything to fight fascism, to fight. It is quite another matter to "serve", obeying the original Donetsk-Luhansk commanders. Do they really have to sign a contract so that later, after the end of hostilities, they go AWOL?

An equally important question is how will the admission to the valiant People's Militia be organized? Today this process takes up to several weeks - in the conditions of hostilities, there simply will not be time for this. It would probably be nice to think about creating some kind of special volunteer units. The whole question is: is anyone thinking about it today, or will the issues be resolved retroactively?