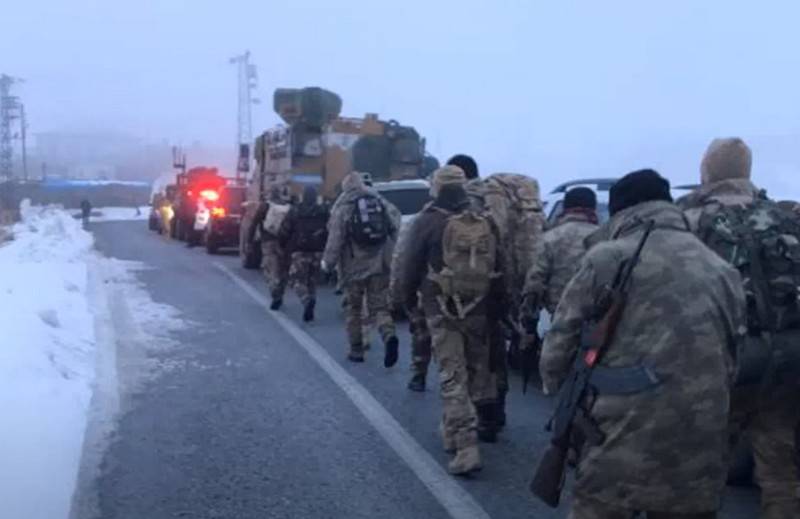 A military helicopter carrying servicemen on board crashed in eastern Turkey, with the death toll rising to 11. This was reported by the press service of the Turkish Defense Ministry.


According to the military, a Eurocopter AS532 Cougar helicopter crashed in the province of Bitlis. The helicopter with servicemen on board took off from Bingel to Tatvan at 13:55 Moscow time, 30 minutes later, at 14:25 the connection with the helicopter was lost. An airplane and an unmanned aerial vehicle were sent in search of the helicopter. aviation.

According to initial data, due to the fall of the helicopter, 9 servicemen were killed, and four more received injuries of varying severity.

Nine of our comrades were killed, four were injured
- said in a statement by the Turkish military department.

Later, two of the wounded died, among them - the commander of the XNUMXth corps of the ground forces of Turkey, General Osman Erbash. Doctors are fighting for the lives of two more servicemen.

Defense Minister Hulusi Akar with the Chief of the General Staff of the Armed Forces and the commander of the ground forces arrived in the area of ​​the helicopter crash. Turkish President Recep Tayyip Erdogan was informed about the disaster.

The causes of the helicopter crash have not been established; according to preliminary data, the accident could have occurred due to bad weather or a technical malfunction of the helicopter. An investigation has begun.
Ctrl Enter
Noticed oshЫbku Highlight text and press. Ctrl + Enter
We are
Kazakhstan will acquire ECNNUMX 20 helicoptersThe accidents of military aircraft in Russia over the past 10 years
Military Reviewin Yandex News
Military Reviewin Google News
30 comments
Information
Dear reader, to leave comments on the publication, you must sign in.