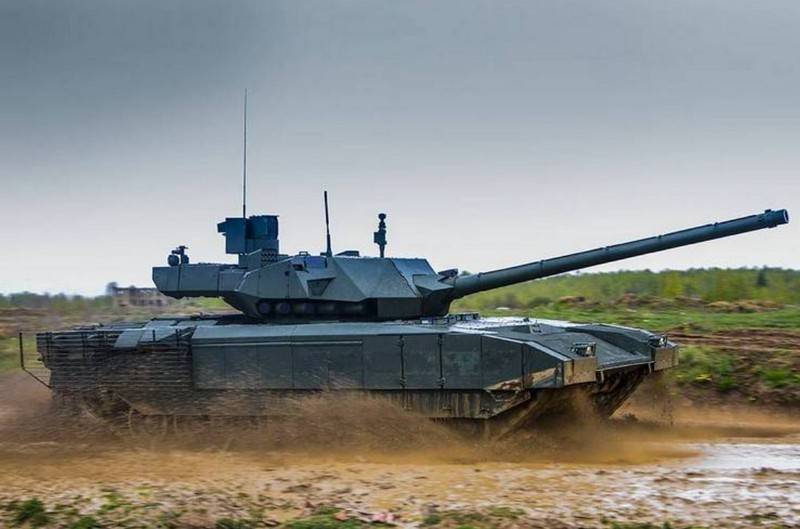 Military equipment on the Armata platform will begin to enter the troops next year, in 2022, and state tests are currently underway. This was announced by Defense Minister Sergei Shoigu during a conference call at the Ministry of Defense.


According to the head of the military department, in 2022 the armed forces will receive an experimental industrial batch tanks, infantry fighting vehicles and recovery vehicles on the Armata platform. All equipment is currently undergoing state testing.

In 2022, it is planned to supply the troops with an experimental-industrial batch of T-14 tanks, T-15 infantry fighting vehicles and T-16 armored repair and recovery vehicles.

Earlier, the start of deliveries of T-14 "Armata" tanks in 2022 was announced by Andrey Terlikov, General Director - Chief Designer of the Ural Design Bureau of Transport Engineering (UKBTM, part of UVZ). According to him, next year there will be serial deliveries of equipment on the Armata platform, and in 2021 the troops will receive an initial batch of T-14 tanks.

Earlier, some media outlets, citing the Ministry of Defense, reported that the military department had signed a contract for the supply of two battalions of T-14 tanks and a battalion of BMP T-15, there is no exact information regarding the T-16 armored vehicle, at the beginning of 2020 it was said about four vehicles in the first batch ...
Ctrl Enter
Noticed oshЫbku Highlight text and press. Ctrl + Enter
We are
The developer called the timing of the start of serial deliveries to the troops of the T-14 "Armata"Sergey Shoigu during the selector meeting told about the progress of construction and reconstruction of military infrastructure
Military Reviewin Yandex News
Military Reviewin Google News
76 comments
Information
Dear reader, to leave comments on the publication, you must sign in.