"The decision on the timing of commissioning will be made by the Navy": USC announced the complete readiness of the Kazan nuclear submarine for transfer 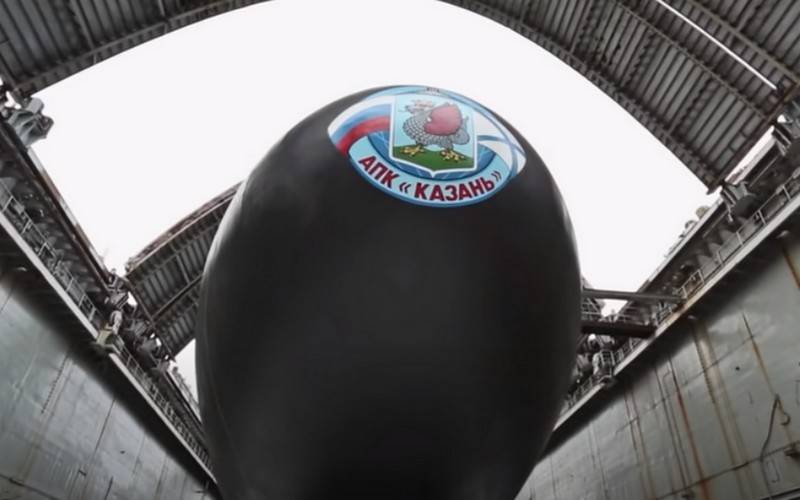 The head multipurpose nuclear submarine (nuclear submarine) "Kazan" is ready to be handed over to the Russian the fleet, the decision on the timing of the introduction of the submarine into the Navy will be taken by the Ministry of Defense. This was reported by the press service of the United Shipbuilding Corporation (USC).


According to the report, on December 28, 2020, the Kazan nuclear submarine completed all types of state tests. To date, "Sevmash" has eliminated the remarks and prepared the nuclear submarine for the transfer to the Navy. The decision to enter the submarine into the composition will be taken by the command of the fleet.

The decision on the timing of signing the acceptance certificate and raising the Andreevsky flag on the ship should be made by the command of the Navy
- leads Interfax-AVN message.

The day before, on March 3, information appeared in the media about the need for another submarine to go to sea for control tests, after which all components and mechanisms will be revised. The transmission date is May-June of this year.

For our part, we note that the tests of the head "Ash-M" were delayed due to the many shortcomings discovered during the tests, which took time to eliminate them. Because of this, the dates for the transfer of the submarine to the fleet were repeatedly shifted.

At the moment, the two most probable dates for the transfer of the Kazan nuclear submarine to the fleet are named - the end of the first quarter or May-June. It remains to wait for the official statement of the Ministry of Defense, and the military, as you know, report such events after the fact.
Ctrl Enter
Noticed oshЫbku Highlight text and press. Ctrl + Enter
We are
Ship Renaissance RussiaLaid the keel of the first Soviet-era icebreaker with a capacity of 25 megawatts
Military Reviewin Yandex News
Military Reviewin Google News
17 comments
Information
Dear reader, to leave comments on the publication, you must sign in.