British observer: Russians once lived so poorly that no sanctions could frighten them 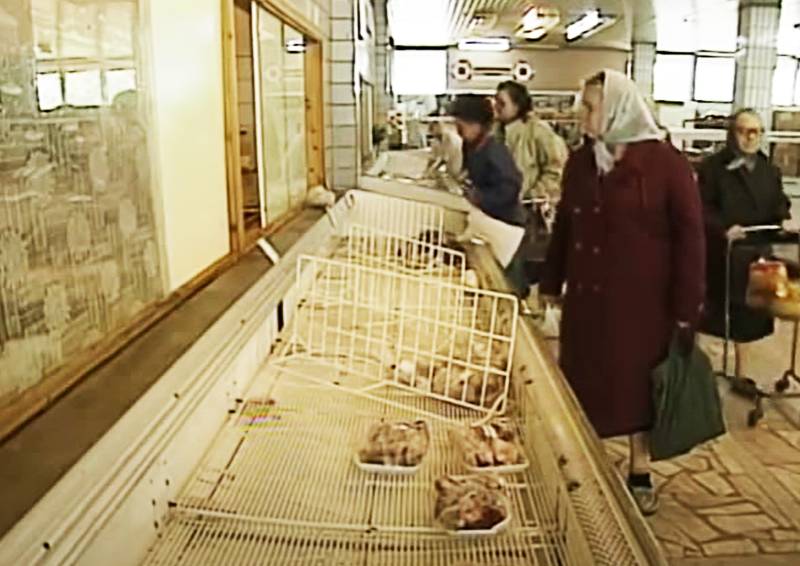 The British press released material from Felix Light, considering the new sanctions that the collective West has imposed on Russia. We are talking about the sanctions that were almost simultaneously imposed against the Russian Federation by the United States of America and the European Union, and this time none of the EU countries objected. These sanctions are connected with the alleged poisoning of Alexei Navalny by Novichok. No evidence of the use of this chemical warfare agent was provided, but sanctions were not long in coming.


At the same time, a considerable number of experts in the Western press speak in the spirit that sanctions against Russia are to a greater extent symbolic. "Sanctions for the sake of sanctions, to reassure ourselves and try to convince ourselves that it is paying off."

The aforementioned British columnist Felix Light writes that a tendency is becoming apparent that the mass scale of protests in Russia against the president of the country is declining. If at first tens of thousands of protesters gathered on the streets, now there are tens, or even hundreds of times less. The author notes that the Russian authorities are not going to give the protesters an opportunity to seize the initiative.

For obvious reasons, the decline in protest activity in Russia worries the collective West. That is why it was decided to impose sanctions "in a single impulse". Recall that they concern several heads of law enforcement agencies, including the prosecutor general and the head of the ICR, as well as chemical industry enterprises. Allegedly, these enterprises "are involved in the creation of a chemical weapons". This is despite the fact that a few years ago Russia destroyed all of its chemical weapons, unlike, by the way, the United States itself. Moreover, the destruction of the chemical arsenal of the Russian Federation was recorded and confirmed by the Organization for the Prohibition of Chemical Weapons.

The British author writes that sanctions, of course, can bear some fruit, but for ordinary Russians they will not work in any way. F. Light notes that "the Russians at one time lived so poorly that no sanctions could frighten them." This statement actually makes it clear that the West is introducing its sanctions primarily in order to make life more difficult for ordinary Russians. The truth about the sanctions against the security forces can hardly be said that they can somehow be connected with the level of well-being of ordinary Russian citizens.

The author writes that the economic situation in Russia today is quite difficult, but not more complicated than it was at the time. At the same time, it is in no way comparable to what it was in the 1990s "or in the 1950s under the USSR."

It was much worse then. And today's time for the largest country in the world can be called quite good from an economic point of view.
The author writes that this is why most Russians do not trust Navalny and his calls for change.
Ctrl Enter
Noticed oshЫbku Highlight text and press. Ctrl + Enter
We are
Reports from the militia of New Russia for 27-28 September 2014 of the yearInterview of Vladimir Putin with Radio Europe-1 and TF1
Military Reviewin Yandex News
Military Reviewin Google News
179 comments
Information
Dear reader, to leave comments on the publication, you must sign in.