Opposition and "opposition". Patriots and "patriots". And how the false opposition and pseudo-patriots are fighting against Russia 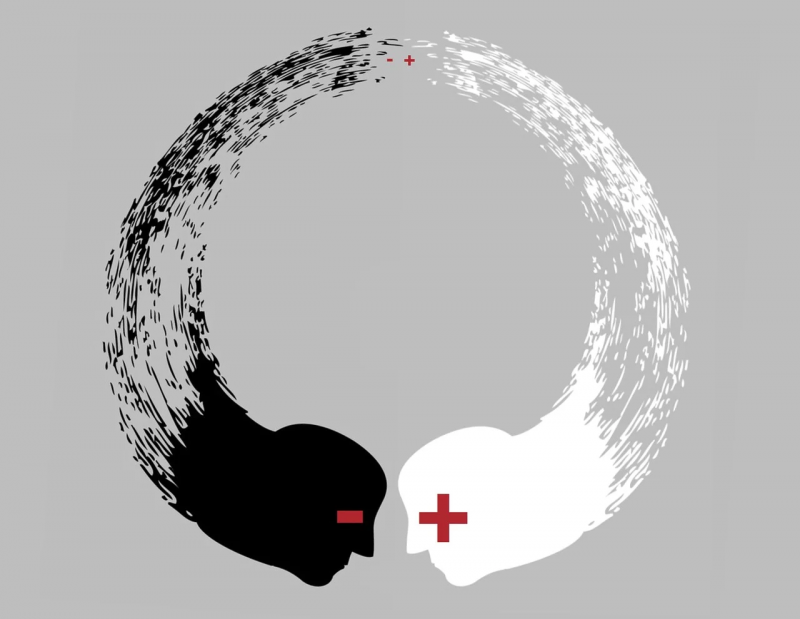 The usefulness of the opposition

The opposition has always existed.

From the very beginning stories of humanity in all societies, states and countries there were people who were critical of the government, the state and the position of the majority of the population. They had (and have) their own ideas and opinions about the ways of development of both the state and the methods of government, as well as about the means and ways to achieve the best, as it seems to them (and sometimes indeed the best), result.

Sometimes the opposition became the majority in the event of major failures of weak rulers and state power. And then she herself became power for a long time.

Sometimes the opposition seized power, remaining a minority. But this happened only with the help of foreign states hostile to the country of the opposition - foreign agents. Typically, the rule of such an overseas-controlled minority opposition is short-lived and destructive for the country where it rules.

This same opposition always patriotic and consists of patriotic statesmen who never oppose their state, country and people. They против bloody civil upheavals and wars, behind peaceful civilized resolution of internal contradictions and conflicts.

Critically regarding the activities of some representatives of the authorities and the state, their erroneous actions, the opposition proposes measures to correct, correct the activities of state bodies and eliminate shortcomings, seeks the implementation of its remarks by peaceful, legal, parliamentary methods.

Noting the mistakes, shortcomings and omissions, the patriots of the opposition, nevertheless, rejoice at the undoubted and obvious successes and achievements of their country.

Also the opposition is moderate nationalists и moderate leftacting by legal, parliamentary methods that do not undermine or destroy the statehood and unity of the people of the country.

A real, true opposition is needed by every society, state, country: it is positive, it allows them not to stagnate, purify themselves and improve, to move forward.

The opposition has always been in Russia, Russia and the USSR.

It was called and acted differently.

The rulers and the people treated the opposition in every way. Sometimes they put on a stake, chopped off their heads, quartered, shot, sent to hard labor, into exile, or sent abroad, depriving them of citizenship.

Times and customs are different now. Freedom and Democracy. Although many respectable Russians still believe that other "oppositionists" would not hurt to be imprisoned or expelled from the country for their outstanding "services" to Russia!

Along with the real opposition, there are in Russia and pseudo opposition, and pseudo-patriotsactive against the Russian government, state, country and people.

Not criticizing, no - fiercely and violently criticizing real and perceived shortcomings. For freedom of action, it hides behind the title of opposition, disguises itself as real patriots - supposedly defenders of the country and the people.

The false opposition is divided into three main groups:

Radical national patriots also say that they are patriots. However, not the current country and not the entire people, but only its nationalist country and only a certain nation, and only those who support them. The rest are enemies.

The goal of the radical nationalists is to fight against the current authorities and the state for a national state, for example, the Russians. And their slogan is “Russia for Russians!”, For example.

In fact, the left movement is a movement with the noble goals of building a highly developed society of social justice for all. And one of the ways the left comes to power is to conquer it, a coup, revolution.

But a revolution is permissible and possible only if there is revolutionary situation, the indispensable conditions of which are the most difficult economic and social situation, extremely weak government, powerful activity of the population and support of the revolutionaries from below.

There is none of this in Russia now: both economic and social situations, although not brilliant, but not bad. Power is influential in the country and in the world.

All attempts of false oppositionists to "shake" the population and the government fail.

Most the population does not support the left, but the government elected in a democratic way the majority!

Of course, the crafty propagandists-provocateurs of the leftists are trying to convince their followers that supposedly in the country all badly. No no successes and achievements, but only one solid defeat and failure in everything. The government is unusually corrupt, weak, unpopular and is about to collapse. Allegedly, the people wake up and support exclusively leftists.

But this is just noodle on the ears of the naive. And to ignore reality and revolutionary theory - great stupidity.

Everything here is extremely simple: these people hate Russia, Russians.

But, being agents of the West and receiving, as a rule, a bribe, they conduct subversive work against Russia and the Russian authorities, presenting themselves as oppositionists, patriots and fighters for a free Russia, loyal and open to the friendly West.

This group includes many well-known personalities of the scientific and creative intelligentsia, the so-called "sleeping" and "half-sleeping". Which is not surprising: it is precisely such people, as has been said many times, that Western intelligence services select as agents of influence.

They openly conduct anti-Russian propaganda in some media, willingly giving them the opportunity to express their hatred and contempt not only for the authorities, but also for the majority of Russians.

Also, everyone is periodically surprised by the strange resonant statements and decisions of some officials.

It's just that collaborators and foreign agents must have settled and dug in there.

Recently, some Russians have been surprised to see nationalists, leftists, bulkheads, and liberals walking in the same columns.

Many are surprised when the left is in defense of Navalny, and Platoshkin is eagerly defended by liberals and nationalists.

And there is nothing surprising: both their tasks and goals coincide - the fight against the Russian government, the state, Russia and the Russian people.

So they support, protect each other, act as a united front.

Today they are "fighting" with Putin and his supporter by a majority people. That is, with the Russians, whom they contemptuously call "putinoids". And tomorrow, they will similarly fight against whoever comes instead of Putin.

And for what to scold - these "oppositionists" - "patriots" (in quotes) will always find! But if they do not find it, the West will tell them.

For they really want only the destruction of our country.

And some vehemently thirst for the frank enslavement of Russia by the West.

Ctrl Enter
Noticed oshЫbku Highlight text and press. Ctrl + Enter
We are
About Stalin and KhrushchevOn the other side of the “red” and “white”. Izborsk Club Report
Military Reviewin Yandex News
Military Reviewin Google News
607 comments
Information
Dear reader, to leave comments on the publication, you must sign in.