The legacy of the leader of nations: who are they with, masters of culture 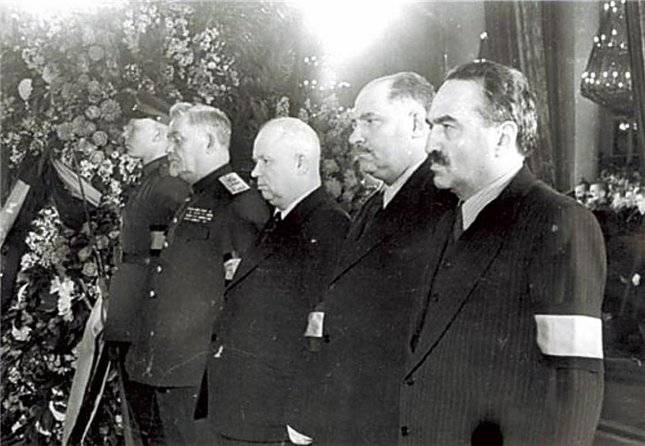 After Stalin's death on March 5, 1953, his successors at the top, without waiting for the party

"Debunking the cult of personality",
undertook a radical revision of the ideological policy in the USSR. And the first thing it touched on art and literature.

But, as it happens in such cases, the baby was thrown out with dirty water ...

The revision of the cultural policy, which locally was usually called mass cultural work, of the period of the "personality cult", willingly or unwillingly, embraced practically all spheres of Soviet art. Many works and productions with a predominance of the ideology of Russian and Soviet patriotism were removed from the stage and from the pages of literary magazines. 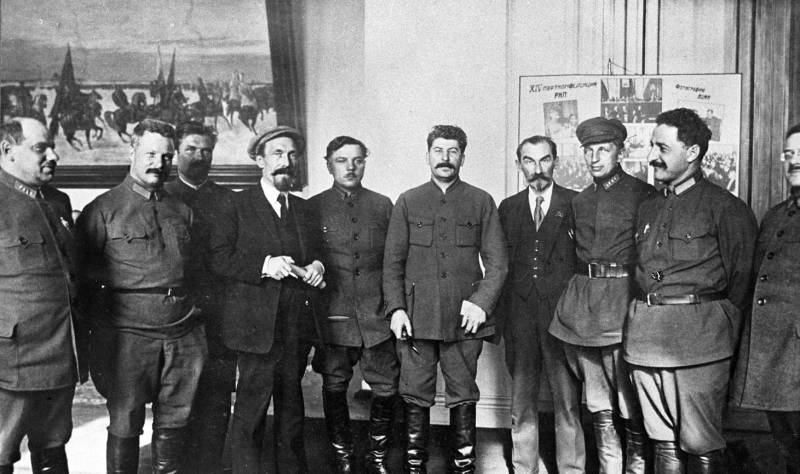 Especially hit were works where the plots were at least minimal - "intersected" with the activities or simply with the mention of Stalin. And this approach was not only recommended "from above", it was a kind of self-insurance of theater directors and officials from culture. According to principle -

"It is better to overdo it than to miss it."
However, this approach also stemmed from the intellectual level of many cultural officials. The characteristic given to the Soviet party and state nomenclature of the mid-50s by Alfred Meyer, a professor who headed the Russian Research Center at Harvard University, is indicative.

In his book The Soviet Political System: Its Interpretation, published in 1965 in the United States, he wrote:

“Leadership in the center (and especially in the localities) comes mainly from the lower classes and is relatively poorly educated.

It can be assumed that they value little or no intellectual qualities, including intellectual honesty and independence.

Especially subordinates. "
As A. Meyer notes,

"It can be concluded that the party and state leaders of this level do not want, although they do not advertise it, to have educated," forward looking "cadres" under them ".

After the XX Congress of the CPSU, the process gained momentum at all.

Within the framework of the new cultural policy, the decisions of the then Central Committee in 1957-1959. the previous resolutions of the Central Committee of the party (1946-1948) on the need to overcome cosmopolitanism in Soviet art, explicit or "latent" admiration for the models of mass "culture" of the postwar West, were officially condemned.

"For the purpose of spiritual, intellectual degradation of society and, in general, the population."
И

"For the vulgarization and falsification of the friendship of the Russian people with other Soviet peoples." 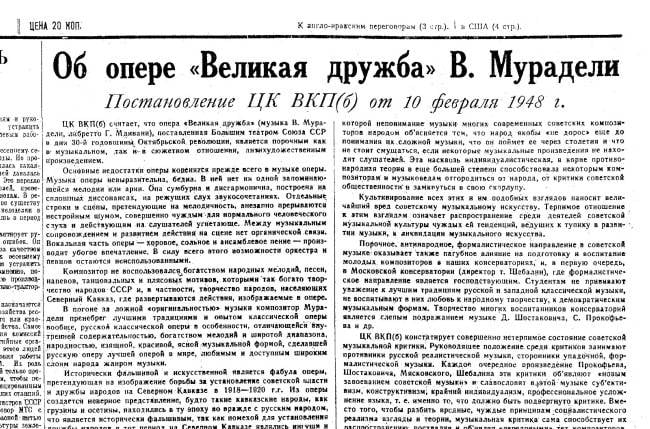 For example, in the resolution of the Central Committee (February 10, 1948) "On the opera" Great Friendship "by V. Muradeli"

"Disregard for the best traditions and experience of Russian classical opera in particular, which is distinguished by its inner content, richness of melodies and breadth of range, nationality, graceful, beautiful, clear musical form."
Also,

"The opera creates a false idea that such Caucasian peoples as Georgians and Ossetians were in 1918-1920 at enmity with the Russian people, which is historically false."
But such assessments were rejected in the resolution of the Central Committee on May 28, 1958 "On correcting mistakes in evaluating the opera" Great Friendship ":

“The incorrect assessments of the opera in the said resolution reflected the subjective approach to certain works of art and creativity on the part of I.V. Stalin.

What was characteristic during the period of Stalin's personality cult ”.
That is, this criticism extended to the aforementioned detailed characterization of Russian music, as well as its role in raising the cultural level and strengthening the friendship of the peoples of the USSR.

And it is natural that, in connection with this "higher" assessment, they began to actively seek out and remove from theatrical repertoires and literary magazines works of the 30s - first half of the 50s, as they say, with

"Excessive Russophilia."
It was, albeit an unofficial, but clearly recommended "top" course in the field of culture.

"Not equal to Lenin"

However, in the theatrical environment of the early 60s there were persistent rumors about a certain directive of the USSR Ministry of Culture (1961) about the inexpediency of demonstrating in theatrical performances by I.V. Stalin, 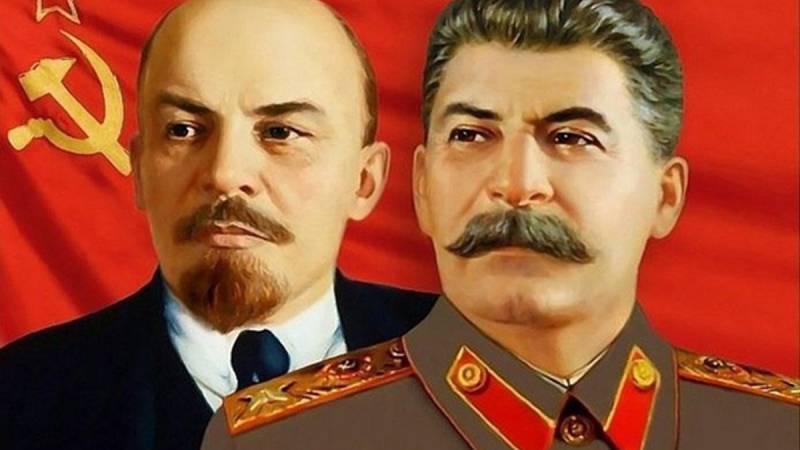 But also the attributes of tsarist Russia, as well as

"Excessive emphasis" on the role of the Russian people

"Thereby, the actual or indirect belittling of the role of other fraternal peoples in the creation of the Soviet state, the victory over fascism."
The KGB's statement to the Culture Department of the Central Committee of the Party on July 15, 1960, on the mood of the Soviet intelligentsia, also fully echoes these instructions.

"Increased consciousness, a greater level of political maturity of the creative intelligentsia",
manifested

"In the assessment of the party line pursued in the field of literature and art."
At the same time,

"Emerging groupism among playwrights."
In particular, it is said that

“Arbuzov, Rozov, Stein, Zorin, Shtok, Shatrov and some other playwrights are united on the basis of the“ struggle ”against the drama, in their words, the“ Stalinist regime ”- with the so-called“ faithful varnishers ”of the period of the personality cult (for example, Koval, Leonov , Pogodin, Sofronov).

Although the latter are already in the minority ”.
As noted by the historian and philologist Polina Rezvantseva (St. Petersburg), according to Khrushchev, история, literature and other types of art were supposed to reflect the role of Lenin, “de-Stalinize” works and performances on Russian and Soviet historical themes.

"Were as follows: the intelligentsia had to adapt to the new ideological course and serve it."
But the decisions to overcome the "personality cult", as the historian rightly notes, led

“To the demoralization of a significant part of the art workers: so, only two months after the congress, Alexander Fadeev, the first secretary of the USSR Writers' Union, committed suicide, condemning in his suicide note the pernicious ideological turns of Stalin’s former“ comrades-in-arms ”and“ students ” ". 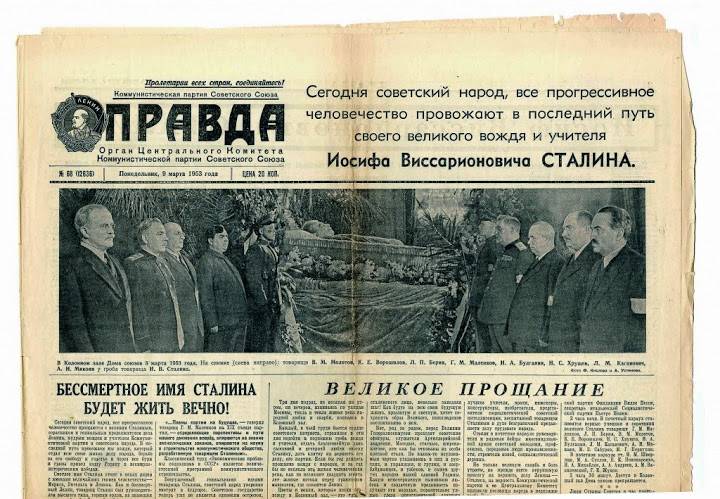 Meanwhile, under the banner of the struggle against the Stalinist "cult", the task was actually set to revise the previous personal (in relation to Stalin) and, in general, ideological accents in the sphere of culture.

“Overcoming the personality cult and related skills and traditions is regarded by writers as the most important condition for the successful development of literature and art along the path of truth and nationality.

Many honest writers, who, by their example, felt the constraining influence of the personality cult, expressed their warm approval of the report of NS Khrushchev and the resolution of the Central Committee of the CPSU "On overcoming the personality cult and its consequences."

Seeing in these documents the expression of the Leninist spirit of the party leadership. "

Khrushchev knew about corn and culture

Khrushchev himself, of course, also transparently hinted at the relevance of works in which the previous ideological principles would be revised. For example, in Khrushchev's speech at a solemn meeting in honor of the 10th anniversary of the victory over fascism (1955) there was not even a hint of Stalin's famous toast in honor of the Russian people on June 24, 1945. Although before the XX Congress of the CPSU it was even more than eight months.

But the then head of the party spoke more substantively at the III Congress of Soviet Writers (May 1959):

"If the enemy does not surrender, he is destroyed."

This is deeply correct. But now this struggle is over.

The bearers of anti-party views have suffered a complete ideological defeat, and now there is, so to speak, a process of healing of wounds ”.
In fact, "scarring of wounds" meant removing from all spheres of art what was encouraged and promoted in them in the last Stalinist decade: the greatness and historical role of Russia, the exceptional role of the Russian nation in the formation of the Russian, Soviet state and friendship of the peoples of the USSR.

It is also noteworthy, in this regard, a letter from a graduate student of the philological faculty of Moscow State University G.M. Shchegolkova Khrushchev in May 1962:

“… In 1956, after your report on the personality cult of Stalin, it was easy to lose faith in everything.

But what do you call artists to?

- "Look for something new, but only in a way that everyone likes."

The atmosphere that is now being created in culture is an atmosphere of administration, unfounded accusations, defamation, distortion of the recent past, demagoguery and recitation of the highest words.

It is terribly difficult to realize all this. " 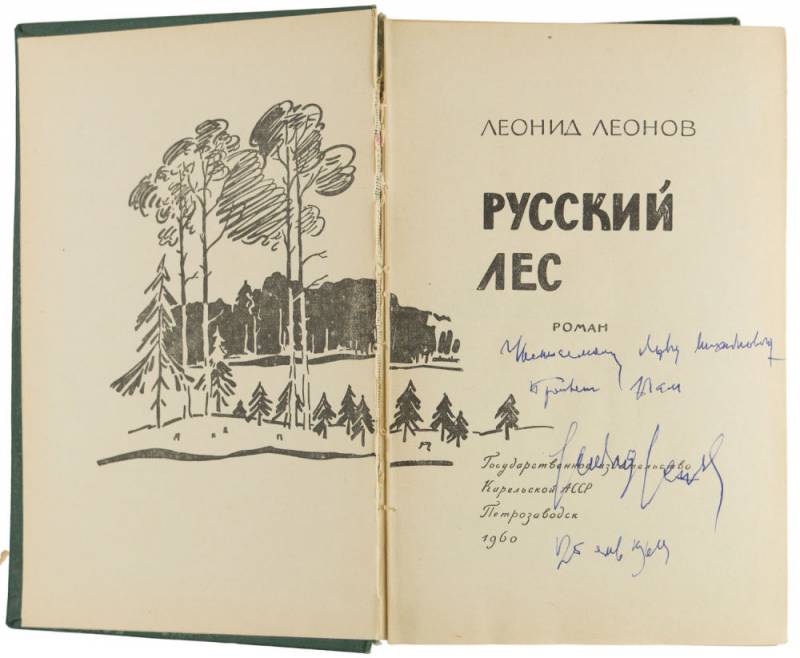 However, such a comprehensive campaign started long before the XX Congress.

So, at the end of August 1954 in the Central Committee of the party "organized" a letter from professors-foresters P. Vasiliev, V. Timofeev, corresponding member of the USSR Academy of Sciences N. Baransky and academician-agrarian V. Sukhachev with a proposal ... to convince an outstanding writer and historian Leonid Leonov ... to remake his novel "Russian Forest", published during Stalin's life in 1953 and received the Stalin Prize.

First of all, to remove from this novel the alleged

"... reminders of the bourgeois theories of a certain" constancy "of the forest, exaggeration of its socio-cultural significance."
Say, the author

"Unnecessarily dramatizes, especially in the RSFSR, the consequences of the expanding logging required by the country."
And this obstruction began with the "Resolution of the conference of workers and students of the Kirov Leningrad Forestry Academy" dated March 23, 1954:

“The author L. Leonov did not understand the forest problem.

In the novel, not only are there no production workers in the forest, there is no collective, no party.

... The conference calls for a decisive correction of the novel in terms of literary techniques, subject matter, language and style.

The novel should not be republished without such revision. "
Let us recall that it was during that period that the government ordered the massive deforestation not only in the vast virgin regions of the country for a larger area of ​​their plowing. But also in

"Forests of protective forest belts along rivers and lakes, railways and highways"

(joint resolution of the Central Committee of the CPSU and the Union Council of Ministers on February 7, 1955 "On increasing the forestry in the USSR"). Obviously, Leonov's "Russian Forest" did not fit into this campaign.

True, the Central Committee of the party in the first half of the 50s was not yet entirely "pro-Khrushchev". But L. Leonov was still forced to re-edit that novel - with the inclusion of the theme of the growing needs of the Soviet economy in wood. For which in 1957 they were thanked by awarding the Lenin Prize to the author for the "Russian Forest".

"Preservation of some of the previous mistakes."
And soon they stopped staging this play in theaters. But not only.

In accordance with the aforementioned postulates and recommendations, from the second half of the 50s - mid 60s, many Soviet works of the 40s - first half of the 50s were removed from the repertoire of theaters, promoting the unity of the Slavic peoples or "excessively" mentioning Orthodoxy. Or even casually recalling Stalin ...

By the way, at the same time - from the second half of the 50s - Khrushchev and others like him initiated an all-union campaign against religion, but above all against Orthodoxy. Nikita Sergeevich himself promised in 1961

"Show the last priest on television."

Which also reflected the Russophobic nature of the eradication

"The consequences of the personality cult."

Here is just an incomplete list of works removed from the repertoires (due to the aforementioned ideological attitudes):

The 1942 play "Invasion" by L. Leonov also appeared in the same register.

The father of the author of these lines, pianist A.A. Chichkin, director of the recording studio of the Moscow Conservatory in the late 40s and mid-50s, took part in the preparation of claviers (transcriptions for piano) of some of the above-mentioned works by Asafiev and Koval. But in 1958 this work was stopped by an oral directive "from above".

Well, since then, all the above-mentioned works are still not staged in theaters - now in the Russian Federation and in almost all other countries of the ex-USSR.

In addition to Belarus, where these works are periodically included in theatrical repertoires ...