India spoke about the prospects of the Russian AK-203 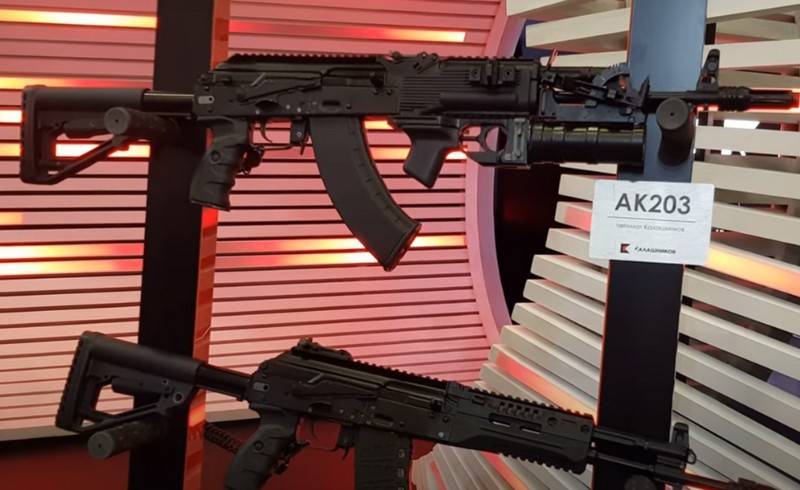 Russian Kalashnikov assault rifle AK-203 is planned to become the main one in the future weapons Indian army. This was stated by the Indian Ambassador to Russia Datla Bala Venkatesh Varma in an interview with the National Defense magazine.


According to the ambassador, the Indian military considers the Russian machine gun as the main weapon for the country's armed forces. AK-203 will be produced in India, which will speed up the flow of weapons into the troops.

The conclusion of a contract for the joint production of AK-203 will lay the foundation for the complete transition of the Indian Armed Forces to use the AK-203 as the main assault weapon
- the ambassador said.

At the beginning of this year, the Indian Ministry of Defense reported that the final contract for the production of the AK-203 would be signed in the near future, and the final approval of certain points was underway. The machines will be manufactured at Indo-Russian Rifles Private Limited, a joint Russian-Indian venture in Corwa, Uttar Pradesh.

The Russian AK-203 should replace the Indian INSAS assault rifle, which has been used by the army since 1998 and no longer suits the military. The 5,56 mm caliber of Indian weapons was especially criticized. The transition to the 7,62 mm caliber in the Indian Ministry of Defense began under the slogan: "If you shoot at the enemy, he must be killed, and not temporarily incapacitated."

In total, it is planned to produce 671427 AK-203 assault rifles with full localization of production. At the same time, India plans to supply AK-203 for export, this is reflected in the signed agreement.
Ctrl Enter
Noticed oshЫbku Highlight text and press. Ctrl + Enter
We are
India is ready to start licensed production of Russian AK-203 assault riflesAK-203 deal: India starts producing new assault rifles under Russian license
Military Reviewin Yandex News
Military Reviewin Google News
25 comments
Information
Dear reader, to leave comments on the publication, you must sign in.