August 23 2012
105
In February, 1943, as a result of the brilliant operation of the Soviet troops, was surrounded and captured at Stalingrad by the 6 Army under the command of Friedrich Paulus. The victory in the battle of Stalingrad allowed the Soviet command to take over the strategic initiative and thwart the Wehrmacht’s plans to seize Stalingrad and exit to Baku oil. Also during the strategic operations of the Soviet Army in the autumn-winter 1942-43. in the center of the Soviet-German front, a protrusion measuring about 150 kilometers in depth and 200 kilometers in width was formed, called the Kursk Bulge. The German command could not allow the initiative to pass into the hands of the enemy on the Eastern Front and planned a major strategic operation, called the "Citadel" for the summer of 1943. 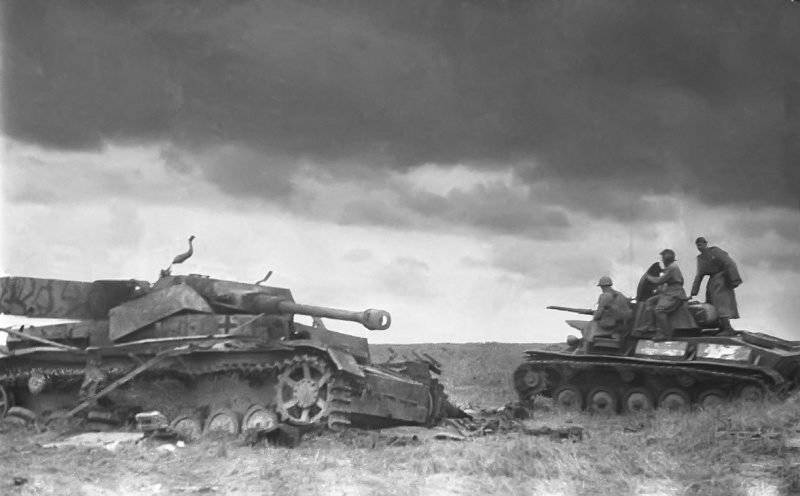 It was originally planned to attack from two sides with convergent attacks in the area of ​​the Kursk ledge from the north and south (in the area of ​​the city of Orel and Belgorod, respectively), then the advancing Wehrmacht armies were to join in the area of ​​the city of Kursk, encircling and destroying the troops of the Soviet fronts (Voronezh and Central) . To conduct the operation, the German command transferred about 50 divisions, including up to 18 tank and motorized divisions, to the Kursk ledge region tank brigades, three tank battalions, as well as eight battalions of assault guns. E. von Manstein and G. von Kluge were appointed commanders of German troops. For support from the air, the forces of 4 and 6 German air fronts were urgently deployed. The total number of German troops pulled into the area of ​​the Kursk ledge, according to preliminary estimates, amounted to about 900 thousand soldiers.

Soviet troops went on the defensive, deciding to inflict defeat on the enemy forces by conducting a series of counterattacks at a critical moment. To implement the strategic defense plan, a series of defensive fortifications was created; in total, 8 defensive lines were organized; the front mining area was about 1500-1700 minutes per 1 kilometer. KK Rokossovsky and NF Vatutin were appointed commanders of the Soviet troops, assisted troops in the reserves were carried out by the Steppe Front commanded by the renowned commander I. S. Konev, the actions of the fronts were coordinated by AM Vasilevsky and G. K. Zhukov.

A huge strategic role in the battle on the Kursk Bulge was played by the technical equipment of the army. The German command massively transferred the latest equipment, among which were the Panther, Tiger, and the Ferdinand assault gun. In the upcoming battle, the Soviet command gave great importance to the air forces. So, for the first time in a battle on the Kursk Bulge, such a miracle of technology as the LA-5FN plane was used, aviation anti-tank bombs "PTAB". 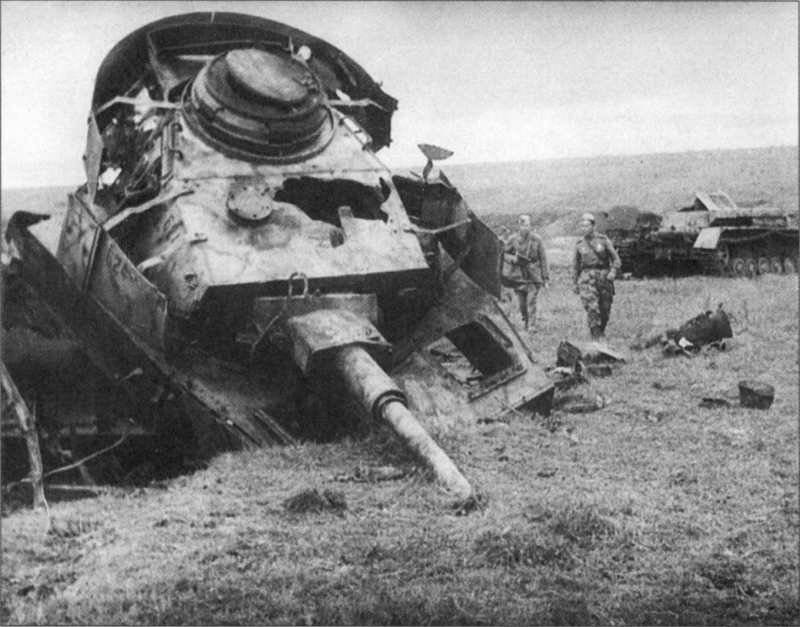 The Battle of Kursk began early in the morning of July 5 1943 of the year. The great achievement of the Soviet command was that, thanks to intelligence, the German offensive time was known - 5 o'clock in the morning, which allowed the Soviet troops to begin artillery preparation earlier, thereby disrupting plans for a surprise attack, and also destroying the communication lines of the enemy and part of the troops.

The Battle of Kursk is also famous for the largest tank battle at Prokhorovka, held on July 12 1943, in which participated up to 700 tanks on each side.

The strategic importance of the victory of the Russian people in the battle of Kursk is enormous, because it was this battle that finally transferred the strategic initiative to the Soviet command, and also became a prerequisite for the liberation of Orel, Belgorod and Kharkov, gave impetus to the transition of the Soviet troops to a victorious offensive to the west, the date the beginning of which is considered to be 23 of August - the day of the end of the greatest battle of all time - the Battle of Kursk, Day of Military Glory of Russia. On this day, remembering the glorious victory of the Russian weaponsOne can not forget about the losses of the heroic Soviet Army that it suffered in those great days. 254 470 dead, missing and captured, 608 833 wounded and maimed, 150 thousands of weapons, more than 6 thousands of tanks, 5200 guns and mortars, 1600 aircraft. 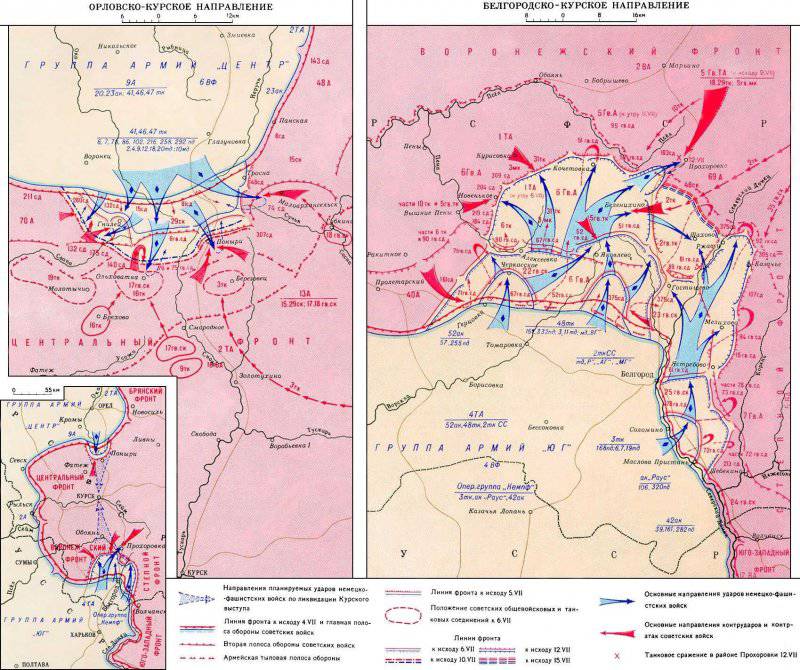 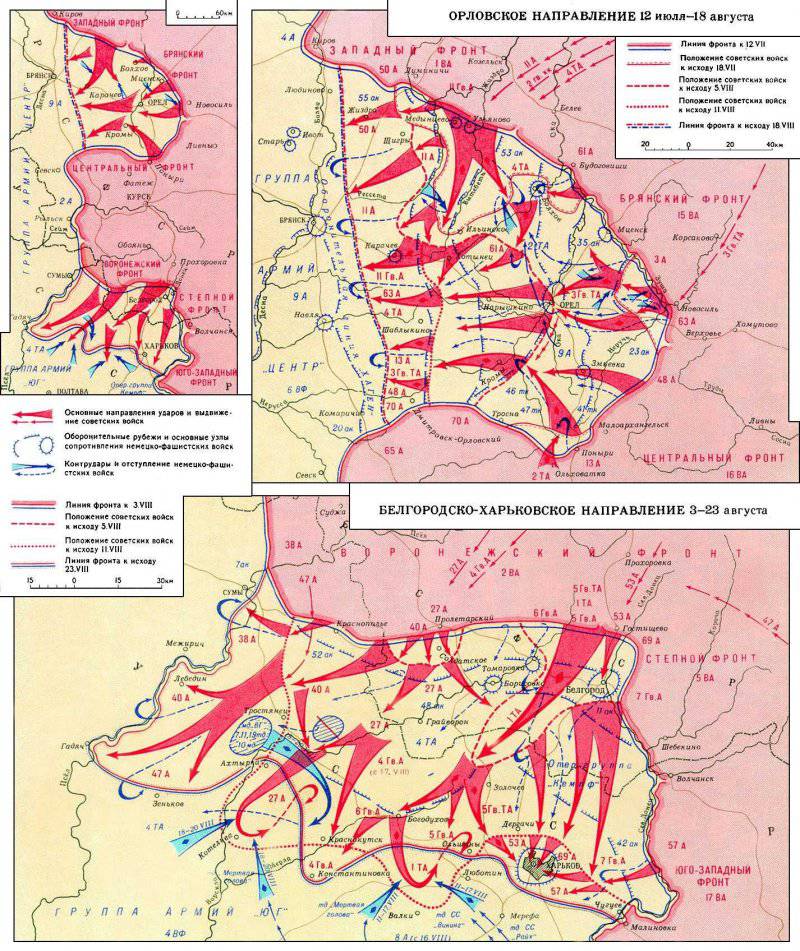