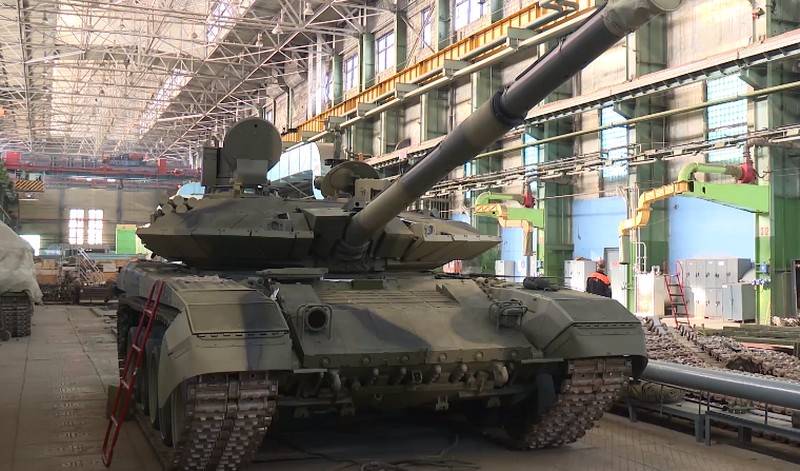 Uralvagonzavod handed over to the Ministry of Defense another batch of new tanks T-90M "Breakthrough", the equipment has already been sent to the customer. This was reported by the UVZ press service.

Uralvagonzavod sent a batch of T-90M Proryv tanks to the customer
- said in a statement.

The number of tanks transferred has not been reported.

The concern stressed that the T-90M tank is the most advanced vehicle in the T-90 family and the most adapted to the conditions of modern combat. Tanks are supplied to the troops with an already installed ESU TZ tactical echelon control system, which allows tanks to be combined under a single control.

In the course of modernization, a new turret module with a 90-mm gun of increased survivability and accuracy was installed on the T-125M. A remote-controlled machine gun installation caliber 12,7-mm is installed on the turret. In addition, the new tank is equipped with a highly automated digital fire control system that provides search, recognition, auto-tracking and hitting targets.
Ctrl Enter
Noticed oshЫbku Highlight text and press. Ctrl + Enter
We are
Russian T-90M tanks combined into a single network during exercisesUVZ received a contract for the modernization of T-90A tanks to the level of T-90М
Military Reviewin Yandex News
Military Reviewin Google News
77 comments
Information
Dear reader, to leave comments on the publication, you must sign in.