"It's getting harder to get into the air": the US Air Force calls for the replacement of the AWACS fleet 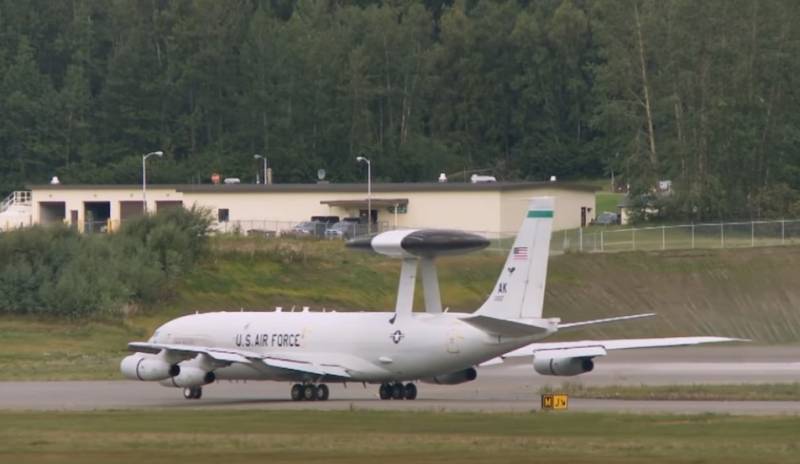 The head of the Pacific Air Force calls for the replacement of the early warning aircraft fleet, without which the United States will not be able to maintain air superiority.


According to General Kenneth S. Wilsbach, the Air Force urgently needs to purchase a new E-7 Wedgetail AWACS aircraft, which was created on the basis of the Boeing 737 and is already being operated by a number of foreign operators.

The point is, we really need something relatively fast due to the unreliability of the E-3. It's getting harder and harder to get up in the air
- said Wilsbach, commenting on the state of the American fleet aircraft AWACS E-3 Sentry.

The E-3 was created on the basis of the old modification of the Boeing 707, the production of which was discontinued back in 1978, which makes it increasingly difficult to find spare parts for aircraft with a radio detection and guidance complex. In recent years, there have been aircraft upgrades that are expected to allow the AWACS fleet to fly in the 2030s. But, according to Wilsbach, "it is currently in doubt because of how old he is."

As the general explains, the enemy created access restriction zones in the Pacific theater of operations [the so-called A2AD, which do not allow breaking through the enemy's defenses without incurring unacceptable losses]. Under these conditions, increased awareness of the combat situation is necessary, which can only be provided by the new E-7 AWACS aircraft. The strikes directed by them should be delivered by the "new advanced fighter".

In this regard, Wilsbach said that he was in favor of the next generation fighter with modern weapons, "so that we can remain at the proper level in the conditions of further [technical] advancement of our opponents."

Because if you do not have air superiority, then the execution of all your military plans will be in jeopardy.
- noted the general.
Ctrl Enter
Noticed oshЫbku Highlight text and press. Ctrl + Enter
We are
December 2010 years. Russian March. Senseless and merciless? Notes not a Russian personIn 5-10 years, Russia will be rejected in the stone age?
Military Reviewin Yandex News
Military Reviewin Google News
37 comments
Information
Dear reader, to leave comments on the publication, you must sign in.