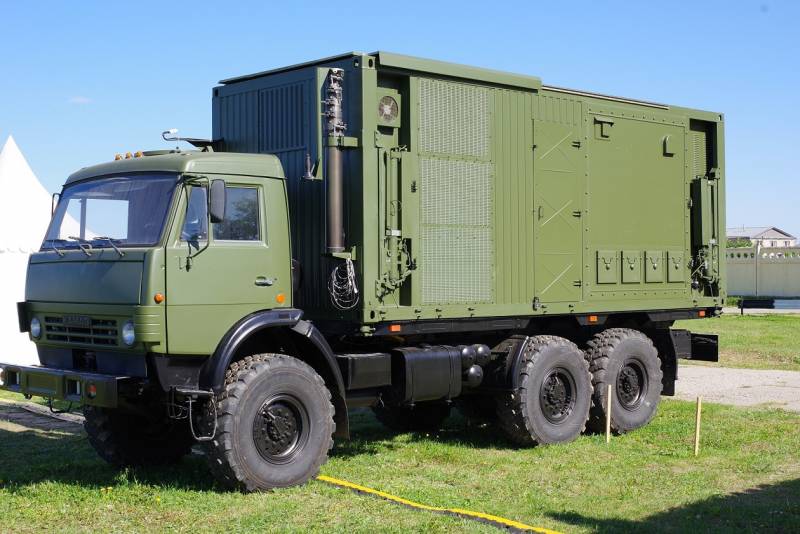 To combat small-sized unmanned aerial vehicles, a new radar complex 117Zh6 RLK-MC Valdai has been created in our country. To date, this product has passed all the necessary checks and tests, according to the results of which it is ready for adoption. It is expected that such a technique will strengthen the existing air defense and allow it to deal with difficult targets in the form of UAVs.

The radar complex was developed by the Lianozovo Electromechanical Plant (TOP LEMZ) from the Almaz-Antey VKO Concern. Work began in 2016. The goal of the project was to create a radar complex capable of detecting and tracking objects with extremely low RCS, as well as distinguishing UAV targets against the background of the earth or various objects and distinguishing them from birds. It was also required to provide suppression or neutralization of the detected target. 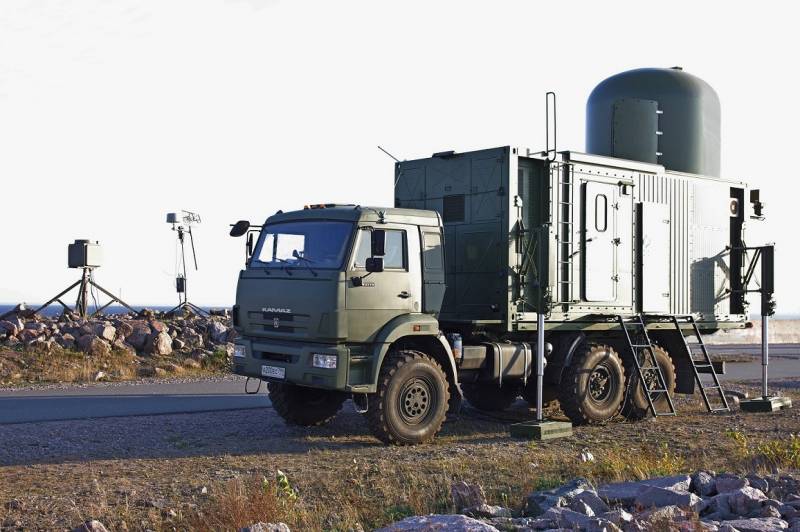 Working configuration of the complex
LEMZ successfully coped with the task, and already in 2018 a prototype was presented at the Army forum. The Valdai prototype was later shown at other exhibitions. In April 2019, the Ministry of Defense announced the use of the RLK-MC 117Zh6 in the exercises of the strategic missile forces. "Valdai" was supposed to cover missile systems on patrol routes from observation and possible attacks of a simulated enemy.

On February 26, the Krasnaya Zvezda newspaper published an interview with the head of the Main Directorate for Research and Development and Technological Support of Advanced Technologies of the Ministry of Defense, Major General Andrei Goncharov. Among other things, he said that the RLK-MC "Valdai" had passed state tests, and now it is being prepared to be accepted for supplying the armed forces.

The task of detecting small-sized UAVs, incl. commercial, is particularly difficult. Such air targets are characterized by extremely low RCS (less than 0,05-0,1 sq.m), speeds of no more than 30-50 m / s, operating heights of hundreds of meters, the ability to hover and abrupt maneuvers, etc. In addition, there is often no possibility of removing the radar signatures of new samples of such equipment. Depending on the type and mode, such targets can conduct active radio communication with the operator or work in a radio silence mode. 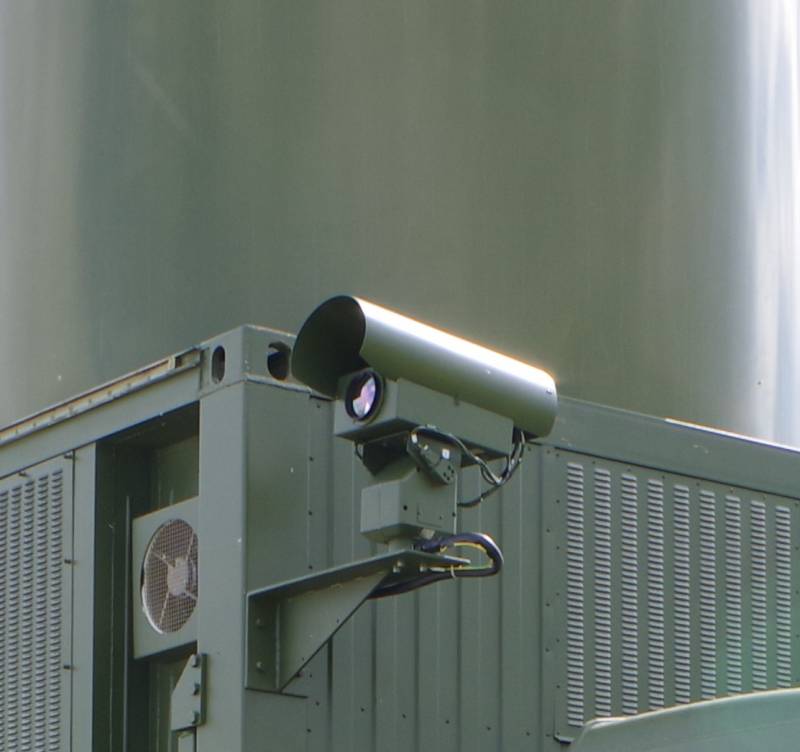 Thermal imaging camera supplementing radio equipment
The development of methods for detecting such targets and the equipment that implements them turned out to be a rather difficult task. To ensure reliable detection and sustainable tracking of targets in the Valdai project, a new approach was proposed, involving the simultaneous use of several reconnaissance means of various kinds.

RLK-MC 117Zh6 is a self-propelled vehicle on a three-axle chassis with a container body. Structurally, the complex is divided into a control module with a remote control panel, a radar module, an optoelectronic module, a direction finding module for radio signal sources and a countermeasure module. It also provides for its own power supply, communication facilities, etc.

The main element of the complex is a three-coordinate survey radar module operating in the X-band (wavelength 3 cm). The mirror antenna is installed under the radio-transparent dome and, together with it, can rise above the container roof. The radar provides all-round visibility at elevation angles from 0 ° to 30 °. The minimum detection range is 300 m. 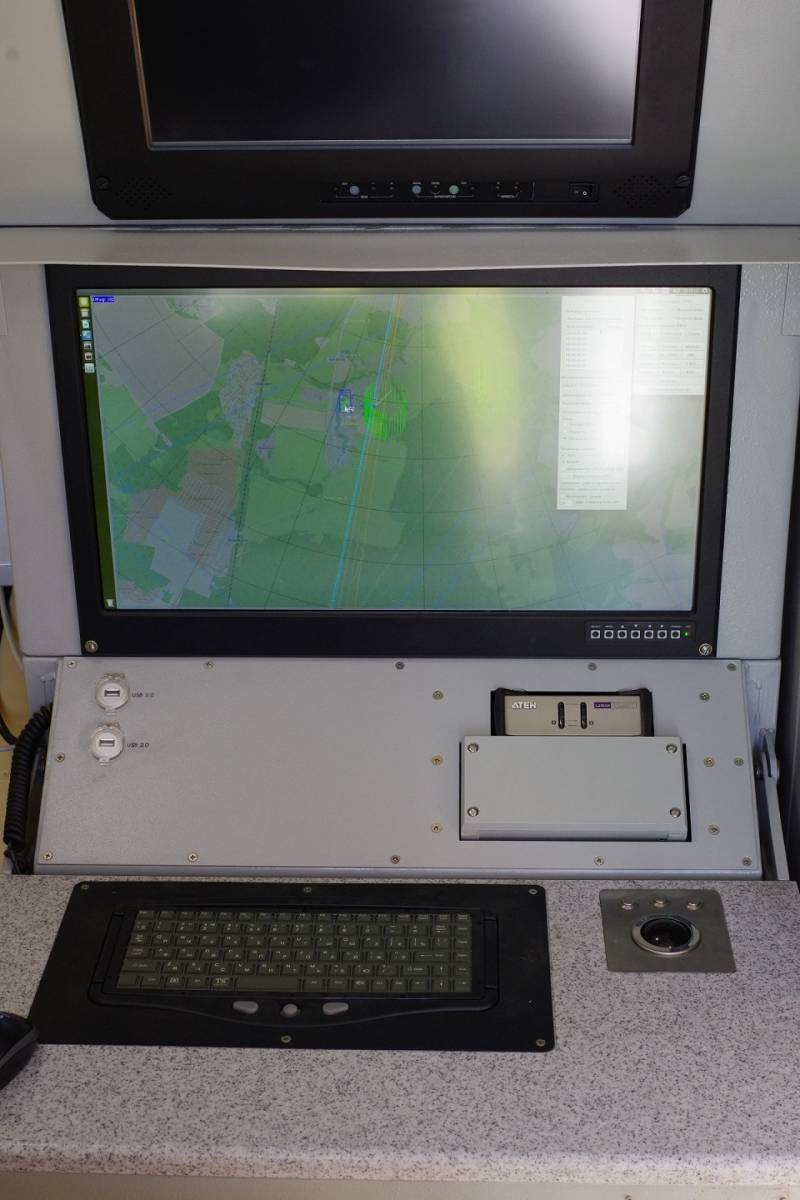 Operator's workplace
In parallel with the radar, the search for targets is carried out by the direction finding module of radio signal sources. Its task is to identify the control and communication channels of the UAV, as well as to determine the location of the vehicle and its operator. The complex also includes a thermal imaging camera that receives target designation from radio equipment and is capable of tracking a target.

Data from the radar and direction finder are fed to computing equipment with specified characteristics. In particular, a new adaptive system for selecting moving targets has been introduced. In addition, the data from the locator is specified according to information from the intelligence equipment. The optoelectronic module is intended both for collecting information and for tracking the results of countermeasures.

RLK-MC "Valdai" is able to independently fight the detected drones. For this, it includes a jamming module capable of suppressing control and navigation signals. Earlier it was reported about the development of an interceptor UAV that fires a net. A certain reusable electric rocket was mentioned. 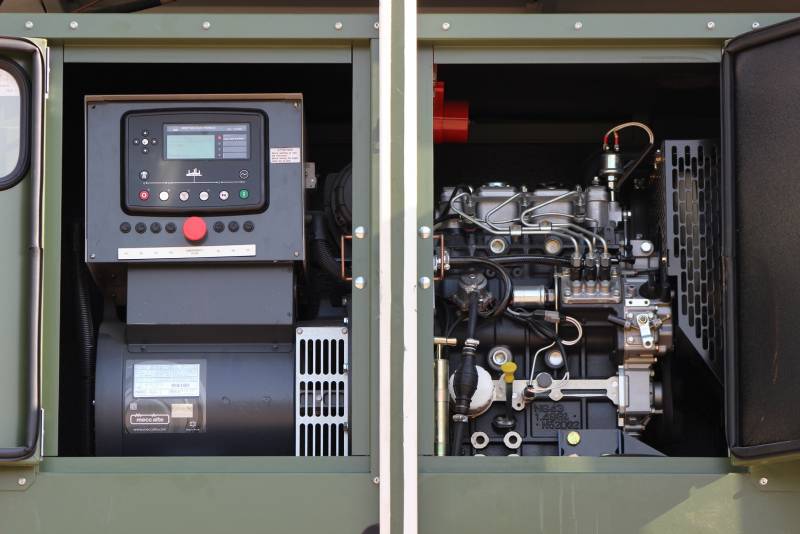 Data on the air situation and small-sized targets can also be issued to the air defense command post or to other users. For this, modern means of communication are provided.

The radar of the 117Zh6 complex is capable of detecting Mavic or Phantom drones at ranges of at least 5-6 km. For larger targets, the detection range exceeds 15 km. Provided high accuracy in determining the coordinates of the target for subsequent exposure to its own means or for transfer to third-party fire weapons.

The Valdai / ROSC-1 radar system can be used in all areas where rapid detection of potentially dangerous small-sized air targets is required. With the help of such technology, it is possible to ensure the protection of the area from light and ultralight UAVs of various types, carrying reconnaissance equipment or warheads. In addition, the civilian version of the complex is proposed to ensure the ornithological safety of airfields. 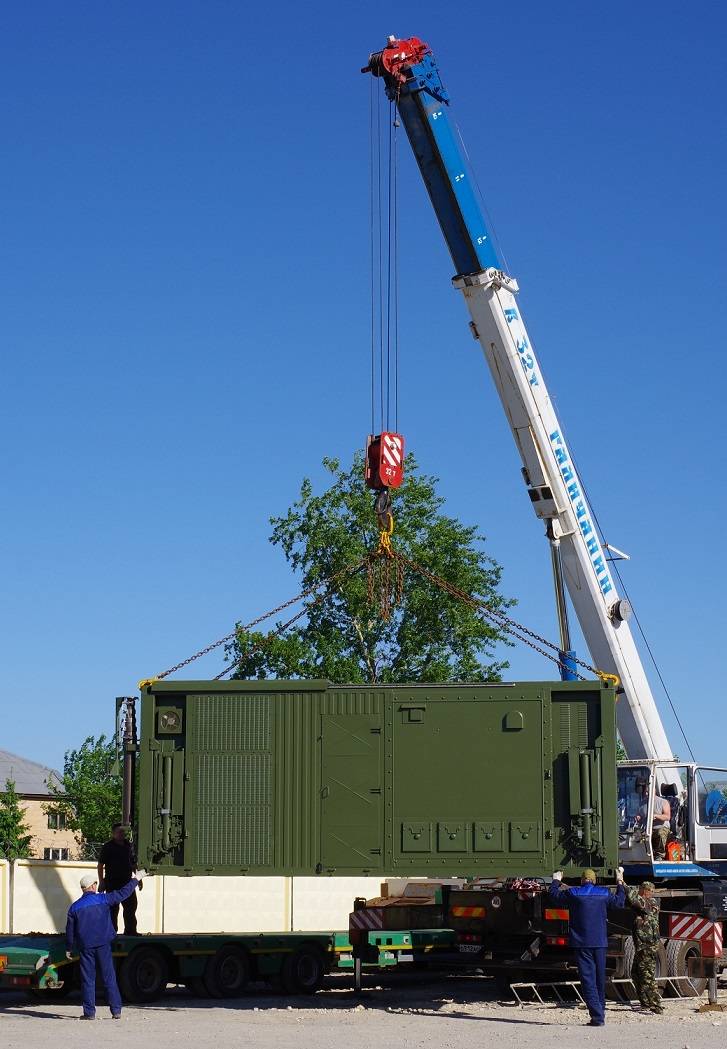 Valdai containerized
117Ж6 Valdai can operate independently and as part of various systems. Several complexes can be networked; It is also possible to work as part of a multicomponent air defense system. In this case, the RLK-MC will have to identify and disable the most difficult targets that have managed to break through other echelons of defense.

The complex in the presented configuration is characterized by high mobility, which allows you to quickly organize the defense of a given area. At the same time, it is possible to simultaneously transfer and deploy complexes for various purposes to organize echeloned defense. The product can be made both in a self-propelled and in a container version. In the latter case, it can be used for long-term protection of areas.

"Valdai" can be used in the military air defense of the ground forces and in the air defense missile defense troops from the Aerospace Forces. In addition, such equipment has already been tested as part of the support units of the Strategic Missile Forces. The media reported on interest from the Russian Guard, which is also facing the problem of UAVs. 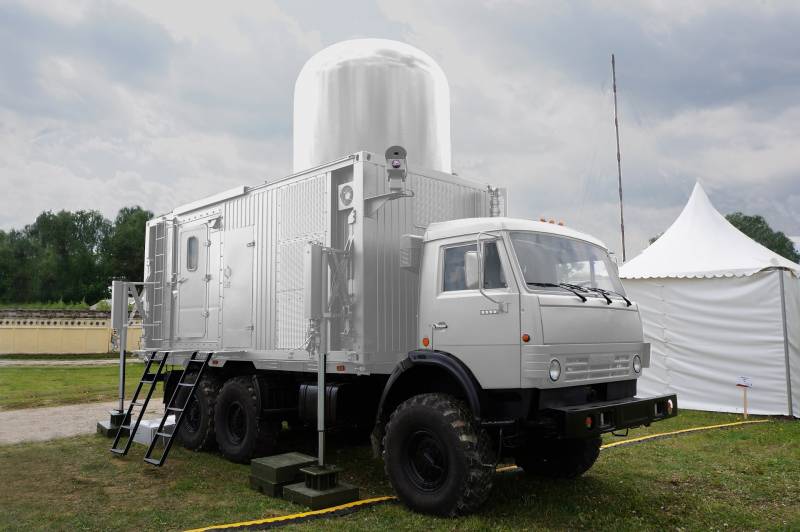 Civilian version of the complex

The launch customer of the Valdai complex is the Russian armed forces. The product has successfully passed all the necessary checks and tests, according to the results of which it was recommended for acceptance for supply. In the near future, all the necessary procedures will pass, and the RLK-MC 117Zh6 will become a full-fledged combat unit in the ranks.

It is curious that the RLK-MC "Valdai" will be the first model of its class to be put into service. The Russian army has various means of electronic reconnaissance and electronic warfare, but specialized complexes for countering small-sized UAVs have not yet gone beyond the ranges.

Now the situation is starting to change. The full-size mobile complex "Valdai", capable of effectively solving all assigned tasks, is being adopted. Following him, other samples of domestic development may go to the troops. It will take some time to create full-sized combat-ready groups, but in the end it will give the desired results. All these measures will solve the urgent problem and protect troops or other objects from the typical threats of our time.

Ctrl Enter
Noticed oshЫbku Highlight text and press. Ctrl + Enter
We are
Who will protect our skyGaps and windows in the anti-missile umbrella of the country. Aerospace defense troops at the present stage
Military Reviewin Yandex News
Military Reviewin Google News
17 comments
Information
Dear reader, to leave comments on the publication, you must sign in.