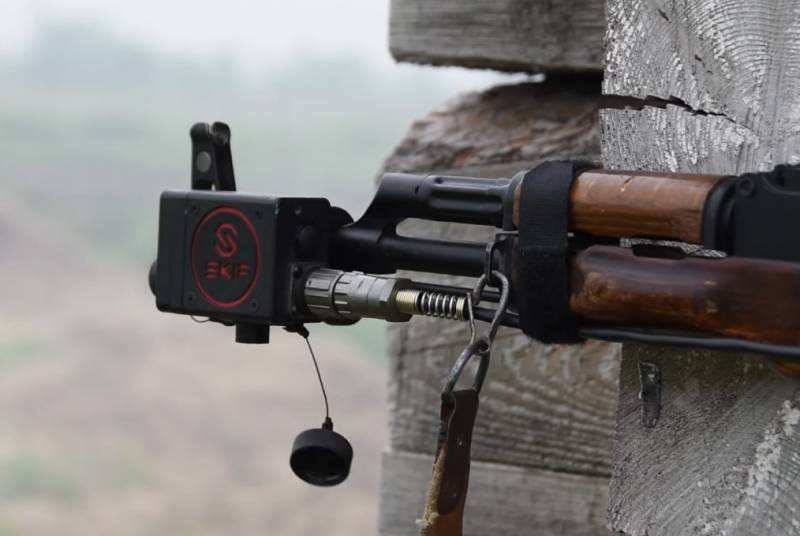 The Ukrainian military appreciated the experience of using laser firing imitation systems during the exercises, which have been used in the Armed Forces of Ukraine since last year. In classrooms and outside, servicemen learn to fight on new simulators, not only in virtual space, but also in real terrain.

We have begun the widespread introduction of new forms of combat training. In particular, we introduced into the practice of conducting company tactical exercises using the MILES and LASERTAG laser firing imitation systems. This allows us to simultaneously save resources, improve the professionalism of personnel and better work out the coordination of actions of subunits.
- said the Ukrainian general.

He noted that, taking into account last year's experience, the Armed Forces will massively train fighters on laser systems for imitating shooting. In particular, LASERTAG systems will go to all training centers for training units and combined arms training grounds of the Ground Forces of the Armed Forces of Ukraine.


The LASERTAG simulation system allows for training without wasting ammunition. When the "bullet" hits the target, the place of impact on the participant of the training battle begins to glow. A fighter puts on special equipment for training, consisting of a crest and unloading, and weapon equipped with a special block that simulates a shot using a laser pulse.
Ctrl Enter
Noticed oshЫbku Highlight text and press. Ctrl + Enter
We are
Russia and the United States will expand cooperation in the virtual spaceDecember 2010 years. Russian March. Senseless and merciless? Notes not a Russian person
Military Reviewin Yandex News
Military Reviewin Google News
46 comments
Information
Dear reader, to leave comments on the publication, you must sign in.