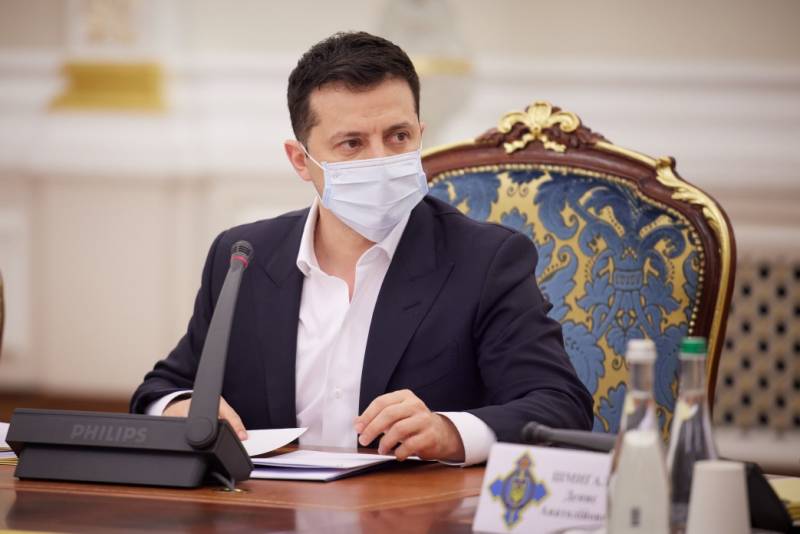 The Ukrainian authorities decided to explain why the International Monetary Fund refuses to issue the next tranche of the loan for "financial and economic support". The allocation of funds in Kiev is expected for several months, but the IMF does not allocate money - once, they do not report when they are ready to allocate - two.

We are talking about a program of lending to the Ukrainian economy in the amount of USD 5 billion.

Earlier in the press of Ukraine it was reported that the IMF refused to allocate a tranche due to Kiev's failure to fulfill its obligations, including obligations to fight corruption, as well as due to failure to comply with "directives" to bring energy prices to the "European level."

The situation was commented on by the adviser to the President of the country Oleg Ustenko. Zelensky's adviser said Ukraine expects $ 2,9 billion from the fund. According to him, earlier the IMF has already allocated 2,1 billion out of 5. Ustenko, commenting on the reasons for the IMF's refusal to transfer credit funds in a timely manner, said that "the point is not that we need or do not need to do something."

Ustenko about the reason:

There were logistical problems in the president's office. And the requirements of the IMF ... in them, in fact, are the same as in the president's program: reform of the judicial system, the fight against corruption, etc.
What exactly "and so on", the Ukrainian official did not explain. Is it an increase in gas and electricity prices for the population to the level of Germany? Was such a point also in Zelensky's program?

According to Ustenko, "the problem is of a logistic nature" is related to the fact that "you cannot just change the timing of decisions and reforms."

As soon as we make such decisions by law, we will fulfill our obligations both to the IMF and to the Ukrainian society.
Recall that for Kiev there is a strict rule for paying off debts to the IMF. It consists in the following: as soon as the growth of Ukraine's GDP exceeds a certain mark (about 2 percent with a little), part of the funds that ensure this growth will be automatically allocated to repay the loan. In fact, this suggests that in the coming years, the growth of the Ukrainian economy (if any is foreseen at all) will be mainly spent on servicing borrowed loans.