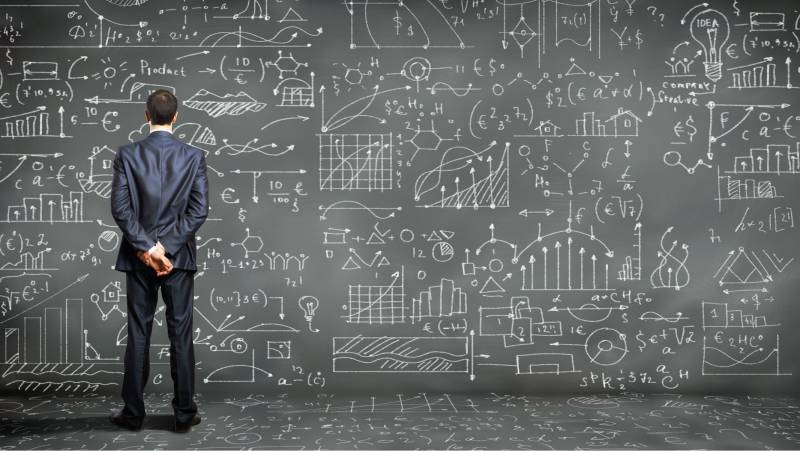 The hysteria over the assassination of George Floyd does not seem to be able to let go of the United States public. Mythical racial justice, fueled by marketing considerations, leads to paradoxical solutions.

Mars Inc. In pursuit of the loyalty of overly preoccupied Americans with racial prejudices, she even sent world famous black Uncle Ben to retirement. His image has been a brand of Uncle Ben's products for many decades. Last year it turned out that the address "uncle" was too politically incorrect and smacked of racism.

Aside from Uncle Ben, Americans will no longer see the traditional packaging of Cream of Wheat and Quaker Oats pancake syrup on hypermarket shelves. Marketers said stop to an overly racist design depicting happy black faces.

They even devised an ideology of rejecting happy African Americans on the packaging of goods. Say, the southerners once created a propaganda myth about the humanity of the institution of slavery, which is where the fashion for the "racist" image of smiling blacks came from. 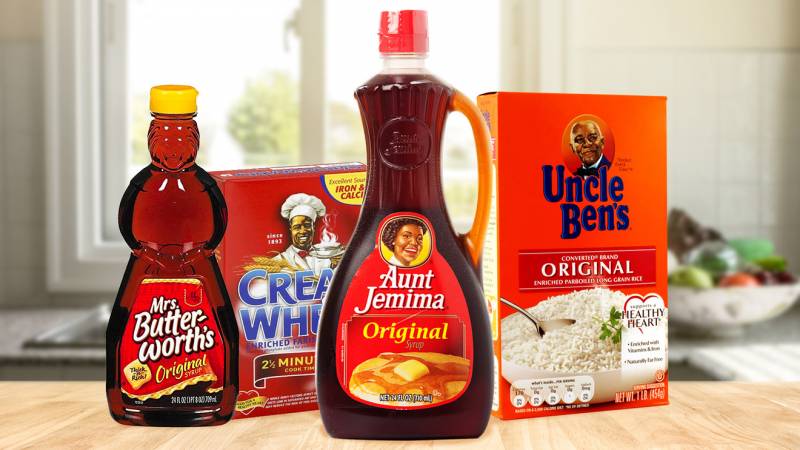 These products are now considered discriminatory in the United States. Source: marketwatch.com
But sometimes even the absence of an African American on the cover does not guarantee political correctness. Clear syrup bottle shape Mrs. Butterworth's, which resembles a female figure, has also come under the knife of moralists.

What is reprehensible here, an adequate observer will ask?

It's all about the dark color of the syrup, which gives the buyer an association with a black maid of the XNUMXth century. In the blogs of caring commentators, you can find something like this:

She was very fond of her white "family", but often treated her own family with disdain.

Although she had children, sometimes many, she was completely desexualized. "
A few more moments of hysterical perception of reality through the prism of Black Lives Matter.

Just last year it became known that cosmetic skin whitening creams turned out to be a racist invention. Hindustan Unilever (Indian division of Unilever) has abandoned the production of clarifying cream, and also removed from the descriptions of all cosmetics the words hinting at whitening.

A similar campaign was carried out by Johnson & Johnson, excluding Clean & Clear Fairness and Neutrogena Fine Fairness whitening products from the production line.

With these products, indeed, not everything is so smooth. Marketers offered bleaches in Asian markets and accompanied by advertisements hinting at the dependence of skin color and success (Dear customers, brighten your faces - and your career will be fine!)

In line with this concept, the dating site Shaadi.com also worked, turning off the skin tone filter in the functionality. If earlier the algorithm could choose a pair for a lonely person in accordance with his nationality, now it is necessary to focus on personal qualities.

The previous facts can somehow be explained by logic and common sense.

But the decision of the Australians to give up ice cream-popsicle can hardly be called adequate. Here, on the contrary, they began to think about discrimination against the primordially "white" Eskimos, Inuit, and Yupiks. And renamed Eskimo Pie to Polar Pie. Obviously, somewhere the natives of Alaska began to breathe more freely.

The struggle for the rights of black people in the United States has acquired the scale of public policy.

Joe Biden, upon taking office as President of the United States, declared white racism to be the main terrorist threat within the country. It was decided to eradicate the infection from the school bench.

Such an absurd turn occurred in Oregon, where in February the local Department of Education very vaguely outlined the new contours of anti-racist mathematics teaching. The point is that in stories of this exact science, it is very difficult to find black scientists, especially among the Founding Fathers. Archimedes, Euclid and Descartes, as you know, were not blacks.

New American logic in this case suggests that mathematics is for racists, and ethnomathematics is for normal children. Teachers are encouraged to enroll in retraining courses en masse and learn how to teach “correctly” without oppressing the rights of national minorities.

"Develop strategies to improve equitable outcomes for black, Hispanic and multilingual students and join communities of practice."
How can absolutely exact and objective science correlate with the color of the student's skin?

If the African American at the blackboard says that five by five is twenty-six, will he be considered correct? In order not to infringe upon the feelings of the descendant of the humiliated and insulted once again?

And for a white-skinned person, such a trick at the blackboard, obviously, will not work. If in reality everything is so, then there is another example of racial discrimination, only in relation to the white population. 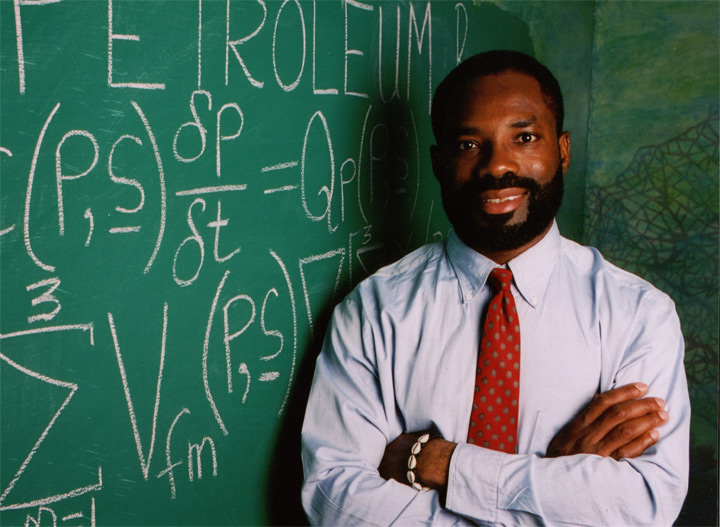 In the meantime, the statistics do not speak at all in favor of black mathematicians.

According to the New York Times, in the country's leading universities, black teachers of mathematics with scientific degrees are no more than 0,7%. This is really, indeed, a primordially racist science, occupied by white enslavers.

Things won't get much better at school. From year to year in the United States, Hawaiians, African Americans, American Indians, and Alaska Natives are weaker in math and English than their white-skinned peers. Obviously, the solution to this problem was taken up in the Oregon school department. Methodologists-developers even decided to offer blacks a problem like

"Calculate the relationship between the weight of the seized drug and the potential prison term."
Real math, so to speak.

In the school course of mathematics, a special place will now be occupied by the achievements of mathematicians of non-European origin - fortunately, Asia was the homeland of many of them.


And all white scientists have now been relegated to the status of almost usurpers of mathematical knowledge. A very perverse understanding of ethnomathematics, seriously distorting the original meaning of the term.

This scientific direction relates more to pedagogy than to mathematics, and is engaged in the rethinking of folk mathematics of different ethnic groups, nationalities, nations. For example, West African languages ​​base their numbers on the combination of 5 and 20, while the Californian Indians use octal numbers. In Russia, there are also followers of ethnomathematics who teach the subject to small peoples, based on their usual everyday experience. But, of course, not about any

"Strategies to improve equitable results"
for the peoples of the North or the Caucasus, there is no question. 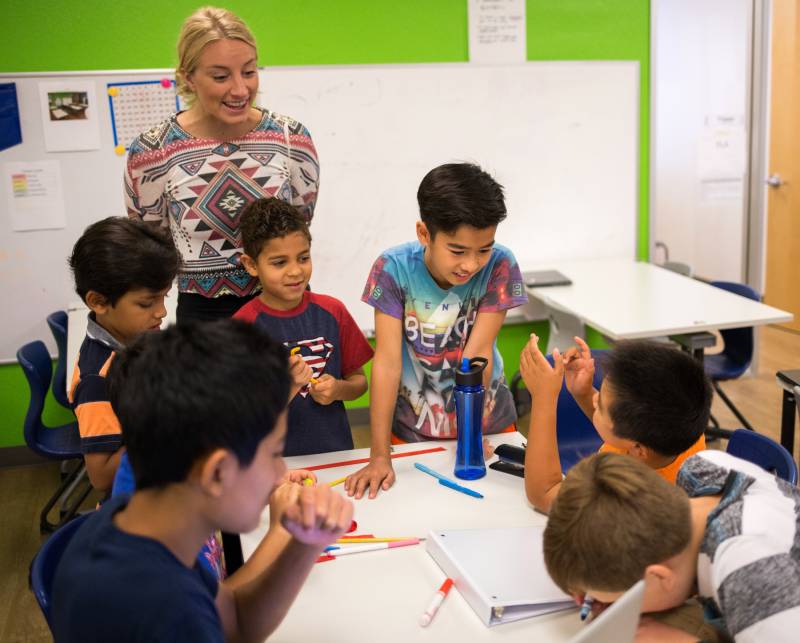 Source: share.america.gov
The educational community of the United States, it seems, is waiting for another conquered summit - the denial of the binary sex of great mathematicians.

"Mathematicians are not just white dudes."
The teacher has collected in one place the biographies of more or less famous mathematicians with non-white skin color, or who were born outside the "civilized" West.

The list also includes those who are “oppressed” by gender and nationality. And all would be fine, but the author apologizes to the students and readers for using the terms "man" and "woman". Say, now it is already unacceptable and discriminatory, but for the description of historical figures without it, nowhere.

There is also a modern transgender mathematician Adrian Scott Duane in the pedagogical manual. Annie Perkins has his surname and biography so far in splendid isolation under the title Trans Mathematicians.

Obviously (in the understanding of the teacher), this is extremely important information for the younger generation of Americans?