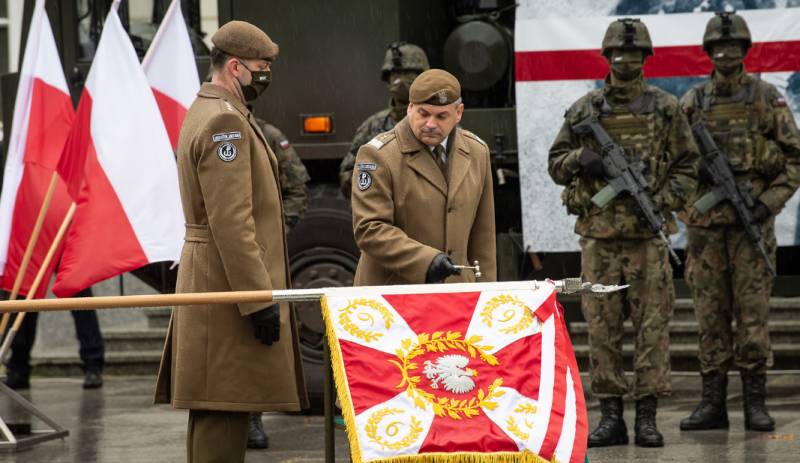 NATO continues to analyze the largest headquarters exercises since 1989, unsuccessful for the Polish army, in this country and look for the reason for the rapid defeat.


Recall that in the course of these exercises, Polish generals had to create an effective defense system against a mock enemy, hold him back, and then, by taking into account the forces of the allies in Poland, launch a counteroffensive and inflict defeat on this very “mock enemy”.

In total, the Polish troops, with the support of the allies, had to carry out the "defeat of the enemy" on the 22nd day from the beginning of the operation. However, the matter never came to support from the allies. The authors of the script of the Polish headquarters exercises drove the conditionally fighting Polish troops into a situation in which the enemy went to the capital of the country - Warsaw on the fifth day, taking it into the ring. At the same time, the "conditional enemy" took control of almost all the key ports of the country, effectively blocking the very possibility for the arrival of NATO reinforcements by sea, as reported by the Polish press.

Following the results of the exercises, Defense Minister Mariusz Blaszczak, who watched their progress, allowed himself a streamlined phrase, which, nevertheless, says a lot: "We need to train more ..." Polish officials from the Ministry of Defense and the General Staff did not give other comments to journalists , traditionally referring to the "secret component of the headquarters exercises."

Now there is information that the outright failure of the Polish generals is being discussed in NATO structures. The alliance is trying to determine the key moment, after which the exercises went according to an "unplanned scenario", which ultimately led to "the defeat of the Polish army from a conventional enemy."

The opinion was expressed that the strategic mistake of the Polish command, involved in the exercises, was "the transfer of an excessive number of troops to the Suwalki corridor." 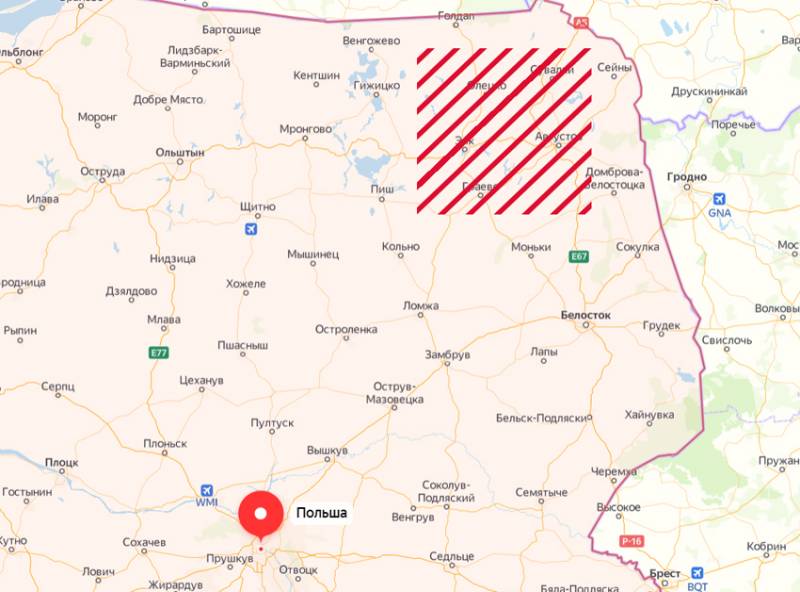 Marked the approximate area of ​​the greatest concentration of Polish troops according to the plans of the headquarters exercises
In Poland and the Baltic countries, they constantly say that it is in this direction that the threat from Russia and Belarus looks the most obvious. At the same time, "the rear and flanks were stripped," where the Polish command "was awaiting the arrival of reinforcements in the form of an amphibious assault by NATO partners." We are talking about the ports - Gdansk and Gdynia.

The only thing that we managed to "keep" was the port of Swinoujscie (Swinoujscie), where a large terminal for receiving liquefied natural gas is located.

The "conditional enemy" simply did not engage in clashes with the Polish forces in the area of ​​the cities of Augustow and Suwalki, and, having concentrated his forces in his northern and southwestern directions, achieved success with a quick dash.

In other words, they lost to the “conditional adversary” even on paper, which served as barbs from the Polish military experts: “If it had been for real, it would have turned out even worse than in September 1939”.

In such a situation, the Polish command is expected to reorganize "defensive logistics", achieve a more coordinated transfer of troops, and ensure close interaction between the branches of the armed forces and subunits.

Apparently, Poland will now be unable to do without another increase in military spending in order to "meet the expectations of NATO partners," who were not impressed by the military prowess of Polish generals.

Ctrl Enter
Noticed oshЫbku Highlight text and press. Ctrl + Enter
We are
Reports from the militia of New Russia for 27-28 September 2014 of the yearDecember 2010 years. Russian March. Senseless and merciless? Notes not a Russian person
Military Reviewin Yandex News
Military Reviewin Google News
101 comment
Information
Dear reader, to leave comments on the publication, you must sign in.