New "forecast" from Tikhanovskaya: "Lukashenko's regime will fall this year" 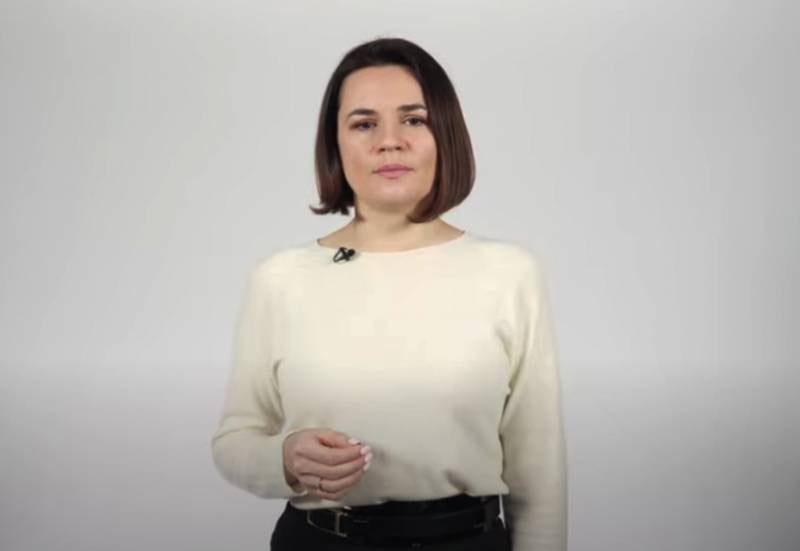 Ex-presidential candidate of Belarus Svetlana Tikhanovskaya continues to give interviews to European media platforms. One of the interviews was given to the well-known mouthpiece of Russophobia - the German edition of Bild. The main statement that she made during this conversation was a statement regarding the "need" for another tightening of anti-Belarusian sanctions.

Tighter sanctions against the Lukashenka regime by the EU will weaken it. The pressure from the EU, I think, will increase every day. And at some point it will become too strong for Lukashenka.
According to Tikhanovskaya, as a result, Alexander Lukashenko will be forced to leave the presidential post.

Lukashenko's regime will fall this year. I think he will leave this spring.
Once again making it clear whose directives she is carrying out, Ms. Tikhanovskaya said that she "counts on resistance to the Lukashenka regime in the country, as a result of which a new government will be created and a strong alliance will appear between this government and the EU, as well as the US administration." ...

It is worth recalling that this is at least the third forecast from Tikhanovskaya regarding when “the Lukashenka regime will fall”. Immediately after the lost elections, she stated that “Lukashenka will not last even a month, since the Belarusian people will have their say.” The Belarusian people really said their word, and therefore Tikhanovskaya is outside Belarus, and in the republic itself the situation has returned to normal.

By the way, just a few days ago Tikhanovskaya stated in another interview that the opposition had lost control over the streets of the cities of Belarus. Now she again speaks of the need to toughen sanctions, without disclosing the details of the fact that all the last time she herself has been living and “campaigning” with the money of her Western curators.
Ctrl Enter
Noticed oshЫbku Highlight text and press. Ctrl + Enter
We are
Reports from the militia of New Russia for 27-28 September 2014 of the yearYuri Drozdov: Russia prepared the role of the sacrificial calf
Military Reviewin Yandex News
Military Reviewin Google News
225 comments
Information
Dear reader, to leave comments on the publication, you must sign in.