Kravchuk: To break away from Russia completely, Ukraine needs to become a member of NATO and the EU 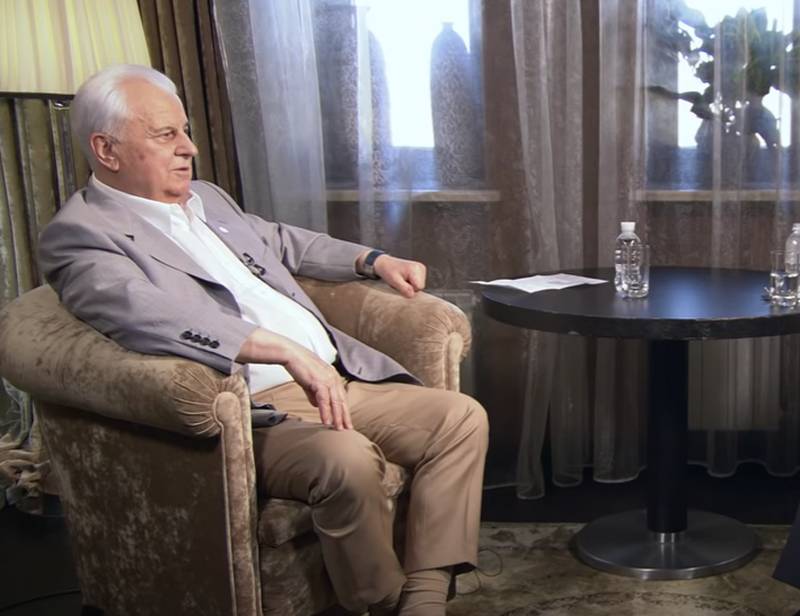 The first president of Ukraine made another statement on the situation in Donbass. According to Leonid Kravchuk, "the conflict is definitely escalating." At the same time, Mr. Kravchuk named the main, in his opinion, the reason for this escalation. One could assume that the ex-head of the Ukrainian state would tell the truth and call the reason the unwillingness of the Ukrainian leadership and command to adhere to their obligations, but this, of course, did not happen. Kravchuk once again began to shift, so to speak, from a sore head to a healthy one.


According to the first president of Ukraine, a new exacerbation of the situation in Donbass is associated with "the shutdown of three channels of Medvedchuk and the sanctions imposed against him."

Kravchuk said that it was "the active actions of Ukraine, the active actions of President Zelensky against pro-Russian propaganda, the transition from words to deeds" that led to the situation in Donbass being reduced to "revenge from Russia." The first Ukrainian president, who confirmed his unspoken nickname - "political weather vane" with his statement, added at the same time that "this cannot be called direct revenge of Russia."

The head of the Ukrainian delegation to the Trilateral Contact Group said that Russia "does not want to abandon the idea of ​​Ukraine being under it, under Russia."

Therefore, in order to break away from Russia completely, Ukraine needs to become a member of NATO and the EU. And we know that Russia's appetite for Ukraine does not end there.
Based on the "logic of Kravchuk", those dozens of shelling of the territory of the LPNR, which the Ukrainian Armed Forces have recently allowed themselves to carry out, are such a path to NATO and the EU on "the final separation from Russia", as well as "indirect revenge of Russia for sanctions against Medvedchuk" ... And Before Zelensky's sanctions against Medvedchuk, what prompted the Ukrainian military to fire on their own fellow citizens in Donbas?

According to these confusing and completely devoid of logic statements by Kravchuk, it is unambiguously clear that the dialogue with the Ukrainian delegation in the TCG simply has no prospects for Donetsk and Lugansk.
Ctrl Enter
Noticed oshЫbku Highlight text and press. Ctrl + Enter
We are
Reports from the militia of New Russia for 27-28 September 2014 of the yearInterview of Vladimir Putin with Radio Europe-1 and TF1
Military Reviewin Yandex News
Military Reviewin Google News
102 comments
Information
Dear reader, to leave comments on the publication, you must sign in.