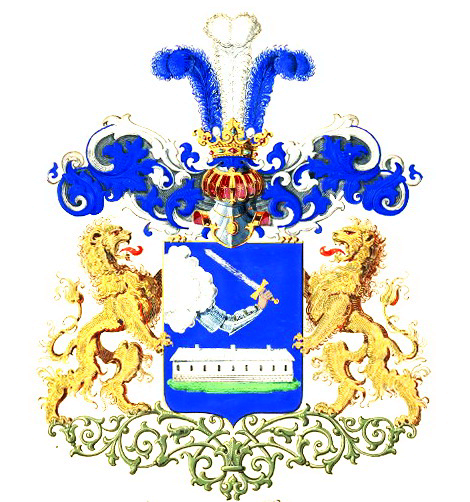 The founder of the dynasty of sailors in the Butakov family was Ivan Nikolaevich Butakov, born on June 24, 1776.

After graduating from the Marine Corps, Ivan ended up in the Baltic Fleet, where in 1790 he took part in the Krasnogorsk and Vyborg battles as a midshipman on the battleship Vseslav.

The era was turbulent. And during his career, Ivan Nikolaevich visited both the Mediterranean and the Atlantic. He also served in Arkhangelsk. He went to Senyavin's squadron, took part in the battle for Corfu, blocked Dutch and French ports ...

He also took part in the Patriotic War of 1812.

Already in the rank of captain of the 1st rank, as the commander of a battleship, he participated in the Battle of Navarino and the blockade of the Dardanelles during the Russian-Turkish war of 1828-1829. The ship entrusted to him was captured in that war by an Egyptian corvette and a Turkish brig.

Further service on the Black Sea in the rank of admiral and retirement in 1848 with the rank of vice admiral.

That was the period of the glory of the Russian fleet... And Admiral Butakov wrote a bright page on it, along with other sailors of Russia.

The admiral died in 1865, having managed to see both the bitterness of the Crimean War and the birth of the Russian steam fleet. 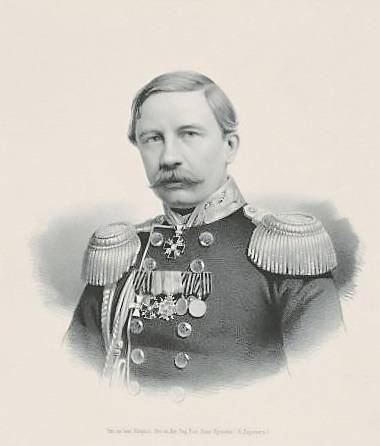 Perhaps the most famous representative of the Butakovs in the fleet was his third son, Grigory Ivanovich Butakov, the founder of the tactics of the Russian steam armored fleet.

The other three sons were also sailors, they also became admirals, their names are on the world map. But as a naval sailor, it was Grigory who glorified the surname.

He served on the Black Sea. And before the Crimean War, he became the commander of the steamship-frigate "Vladimir" and spent the first in stories Russian steam ships battle with the Turkish steamer "Pervaz-Bahri", which was captured.

Then there was the defense of Sevastopol ...

During this war, Butakov received (in addition to orders) a gold weapon for bravery and the rank of Rear Admiral.

After the war, he took the post of governor of Sevastopol and Nikolaev, then - the commander of a detachment of propeller driven ships of the Baltic Fleet. Later - an armored squadron.

In 1863, the book "New Foundations of Steamship Tactics" was published.

As squadron commander, it was Butakov who laid the foundation for the modern Russian fleet.

It belongs to him the words:

“It is possible and should be required of steam ships to be instant and sudden in rearrangements, turns and entry.

It is possible to satisfy these requirements only with a firm knowledge of the fundamental laws of their actions, and in this case only if in peacetime it is constantly kept in mind that

"The exaggerated responsibility for the mistakes did not accustom one to too timid movements."
Alas, they were later forgotten.

As well as forgotten and his other important thought:

“The day of the first victory of the young Russian fleet at Gangut, naturally, should remind our old fleet of the exploits of our great-grandfathers and lead to a comparison of the then means with the present.

The difference is huge, but the similarities are not small.

How did the Russians win then?

Their means and their opponents were then, as they will now be, parallel, corresponding to the age, but some had one spirit, others another, and this spirit led them to victory.

Napoleon, this genius of war, was of the same opinion that three quarters of military success depended on moral reasons and only one quarter on material ones.
The leadership also appreciated him. 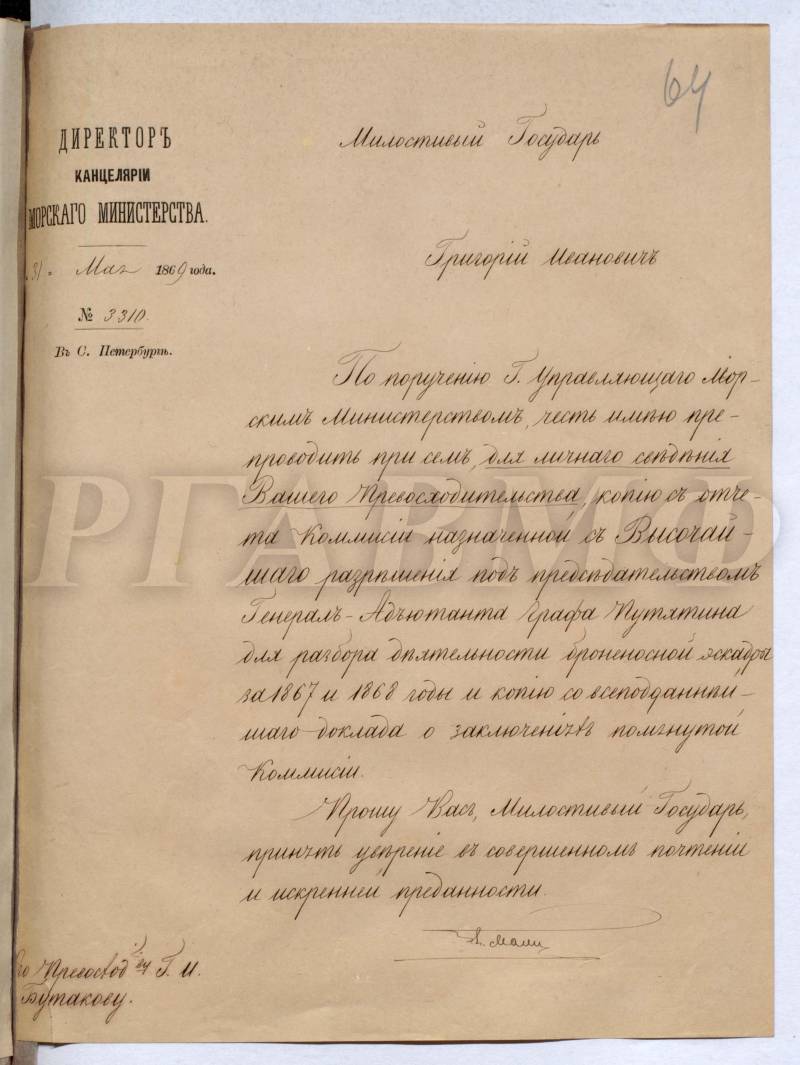 In 1878, he introduced another revolutionary innovation in our fleet:

“Attaching great importance to the use of mine weapons, Butakov took all measures to find a means to protect his ships from enemy mines.

And such a remedy was found.

By order No. 11 for 1878, Butakov introduced the world's first boat trawl to the squadron's armament. "
During the next Russian-Turkish war, the Balts, led by Butakov, were actively preparing for war with England and had every chance of winning defensive battles.

But after her, the best admiral of Russia was simply thrown into retirement for three years.

And he returned only in 1881 to the post of commander of the Kronstadt port, where he proposed a program for the rearmament of the fleet:

“There should be a creation of such a fleet that would be equal to the combined fleets of Germany, Sweden and Denmark in the Baltic Sea, the Turkish fleet in the Black Sea, and in the Far East, the emerging fleets of China and Japan ...

In terms of their maritime qualities, ships of the "Peter the Great" type can operate completely freely not only in the Baltic Sea, but throughout the entire coastal area of ​​Europe and in the Mediterranean Sea. "
In total, Butakov proposed to build 19 battleships: 8 for the Black and 11 for the Baltic fleets.

He also reasoned shrewdly about the Pacific theater of operations:

“On the one hand, in view of the weak population of the seaside region and the absence of any industrial means in it;

on the other hand, because for the actions necessary for the military in that region, naval forces can be separated, in the form of temporary squadrons, from the Baltic Fleet. "
You can argue, you can not, but all attempts to create a permanent Pacific Fleet in a sparsely populated and industrially underdeveloped region ended in disasters.

And the current Pacific Fleet is more like a flotilla than a fleet.

And the new appointment of the admiral ended with a banal corruption scandal:

“The Naval Ministry suggested that he conclude a contract with the Baltic Shipyard for the construction of the armored frigate Vladimir Monomakh and two vehicles with 7000 indicator forces each - for a total of 4 rubles.

Butakov, having familiarized himself with the considerations of the St. Petersburg port office, indicating that this price was too high and could be reduced by more than a million without prejudice to the case, fully agreed with the office's opinion and reported it to the Marine Ministry. ”
The admiral tried to prevent the cutting of a million state rubles by the Grand Duke Konstantin Nikolaevich and the director of the Baltic plant Kazi.

Further, the admirals (including Shestakov, and Makarov and Rozhdestvensky) did not protest against the Grand Duke's feeding trough ... With all that it implies for the fleet.

His son, Alexander Grigorievich, was not famous for anything special, besides his tragic death. And as a naval sailor did not take place.

Not a bad destroyer, he became a military agent in the United States, where he spent the Russo-Japanese War. Then the command of "Almaz", "Bayan" and "Pallada". And purely rear positions. During the First World War - and. about. chief of the Kronstadt port and chief of staff of the Kronstadt port. Under his father, this position was actually the position of commander of the Baltic Fleet, but by 1913 Kronstadt had turned, in fact, into a huge training course, nothing more.

He died, however, beautifully:

“To the requests of his relatives to leave Kronstadt, he answered with a resolute refusal, saying that he preferred death to flight.

To the two-fold proposal of the sailors to recognize the new power, the admiral, without hesitation for a single moment, replied:

"I swore allegiance to the sovereign and I will never betray him, not like you scoundrels!"

After that, he was sentenced to death and shot at the monument to Admiral Makarov.

The first salvo was unsuccessful, and only his cap was shot through.

Then, once again confirming his loyalty to the sovereign, the admiral calmly ordered to shoot again, but to aim properly ”.
One can judge the Kronstadt revolt both ways.

But Viren, Stavsky and Butakov didn’t just pinch the nuts there, but, perhaps, pinched them. And this is a fact.

But this, as one might think, did not interrupt the Butakovs dynasty. 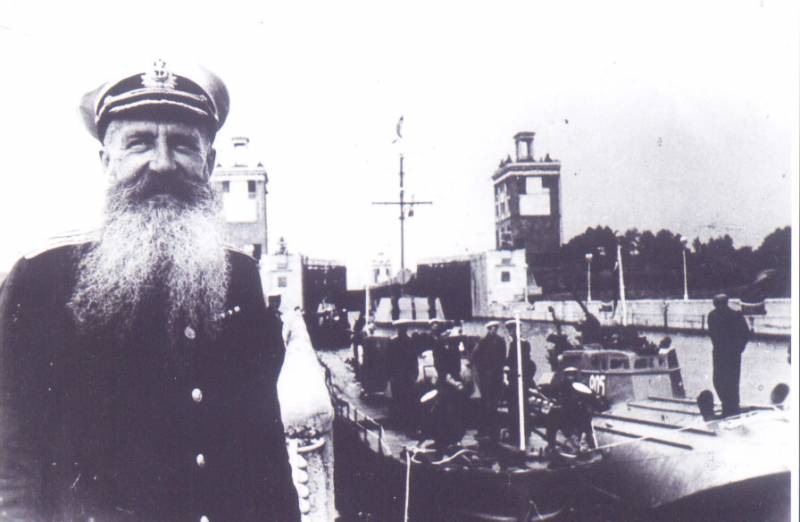 His son Grigory Alexandrovich Butakov remained in Soviet Russia and with the fleet.

The career of the "former" was difficult - two arrests, two years of reserve, but he did not change either the fleet or the country.

During the Civil War, he fought in the Baltic and the Black Sea. Received the Order of the Red Banner.

He spent the Great Patriotic War on the Black Sea, where he participated in the defense of Sevastopol and Kerch.

Captain 1st rank retired in 1951. He lived until 1978. Alas, his son Alexander Grigorievich:

"Sailor Alexander died near Leningrad"
in 1943 with the rank of junior lieutenant.

At which the Butakov dynasty was interrupted.

161 years of service to the Russian fleet: from sailing ships to torpedo boats and destroyers. And all this is the Butakov family.

Our fleet held on to such dynasties. It was the people for whom the joy of victories and the bitterness of defeat were not lines in a textbook, but the stories of their father and grandfather, who built the sea power of Russia.

And the fact that the frigate "Admiral Butakov" is now in service is good news.

That's just which one admiral?

And who is the most worthy of them?