Space as a continuation of the expansion of mankind 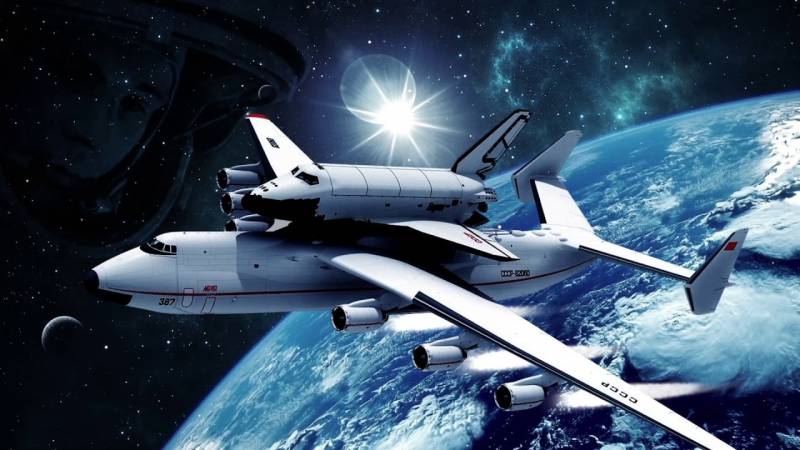 “I'm not sure the human race will live another thousand years,

if he does not find a way to escape into space.
There are many scenarios for
how can all life on a small planet die.
But I'm an optimist. We will definitely reach the stars. "
Stephen Hawking
Biological organisms began to engage in expansion from their very inception on planet Earth. First, the cell, having found the necessary habitat and resources, began to transform. Then there was the first exit of the creature on land, the conquest of all its tidbits by dinosaurs ...

Note. Expansion (from Lat. Expansio - distribution, expansion) - territorial, geographic or other expansion of the habitat. Or zones of influence of a separate state, people, culture or species.

The first conquest of the resources of some tribes by others. Ancient Roman conquests. Expansion of Genghis Khan. Advancement of the Russian Empire to the Far East, Caucasus and Central Asia. The first manned flight to near-earth orbit, and then to the moon. It is necessary to spend many hours on textbooks in order to at least briefly get acquainted with the significant expansions of the zones of influence that took place in stories human civilization in the foreseeable past.

Human civilization needs to go further, to develop. But here's how to progress, which way to move?

For its further successful development, mankind in the coming decades should focus on the expansion of our civilization into space.

Of course, this proposal is not a revelation.

Many people have spoken and are still talking about this. A hundred years ago, our domestic self-taught scientist and visionary Konstantin Tsiolkovsky called on humanity to finally leave its "cradle" and embark on the path of conquering outer space and, as a result, the entire Universe. Thousands of books have been written on this topic, hundreds of films have been shot.

The direction of future expansion is the problem of the further development of mankind as a whole, and not only of individual countries.

If we look at human nature, we can say that almost each of us individually and humanity as a whole develop only when they expand.

Earlier, that is, until the middle of the twentieth century, expansion could be carried out within the boundaries of planet Earth. But in August 1945, after the United States used atomic bombs on Japanese territory, it became clear that in the struggle for the territories and resources of states among themselves, our common home - the planet Earth - could be destroyed.

And therefore, at present, the direction for the expansion of mankind, in addition to openly cannibalistic ideas for the destruction of its "unnecessary part" (the so-called theory of the "golden billion" and others similar to it, in fact), only one thing is possible - this is the development of the neighbor first, and then deep space.

It is a pity that few understand this today.

And even fewer people are doing anything to make this dream come true.

The USSR could be the locomotive of all mankind in the struggle for space.

But, unfortunately, for a number of reasons (both external and internal) the Soviet Union has become a thing of the past. And today's Russia will not be able to reach such a goal yet. First of all, due to the absence of any ideology and the current capitalist structure of society, aimed only at making a profit (although the economy, with the existence of a intelligible and fair ideology, could be restored rather quickly).

I am sure that very little time will pass, and everything that is considered technically impossible today will be taken for granted by people. With only one condition - if by that time humanity does not destroy itself.

For any action, motives and compelling reasons are needed. Without them, practical activities in space exploration will not become widespread and will not lead to outstanding results.

I believe that the main and main motive for the exploration of space by human civilization is the fact that humanity is mortal. Moreover, it may end in a not so distant future. For example, not from the natural extinction of a star named the Sun (which is still waiting for billions of Earth years), but from more prosaic and transient reasons that may happen in the near future.

The alternative is dead end and extinction

There are a number of main reasons for this.

Threat from space: a sharp change in the luminosity of the Sun, the fall of a sufficiently large asteroid to the Earth, a supernova explosion.

Natural phenomena on our planet: a possible change in the Earth's magnetic field, the eruption of supervolcanoes, the ice age, or, conversely, global warming.

All this, too, can happen at any time. And what exactly can serve as a trigger for this kind of events is not exactly known.

There is one more group of anthropogenic reasons.

The impact of the human factor on the planet: lack of habitable territories and fresh water. By the way, this is already being felt now with a population of almost eight billion people.

And finally, the reason for the extinction of humanity can be the limits of the capabilities of the human immune system. This is indirectly proved by the currently observed coronavirus pandemic (there are quite plausible versions about the artificial origin of the virus).

And also the destruction of most of humanity can occur as a result of the use weapons mass destruction. Alas, such scenarios are likely now.

And even if all of the above threats (if they come true) do not kill us at all, they can at least throw the development of human civilization back many centuries or even millennia.

There is an opinion of a number of historians that such major natural disasters have already occurred earlier in the history of mankind. For example, in almost all the epics of antiquity, there is mention of a worldwide flood, which practically destroyed humanity.

The civilization of selfishness

We call ourselves a Homo sapiens, the master of the Earth, the crown of the creation of nature or God - that's what anyone thinks. In fact, we just want to be better than we are. But words are not the main thing, the main thing is deeds.

And the deeds that humanity does testify to the fact that in reality we live on our planet unreasonably. Only conquerors, temporary workers behave this way. We are gradually transforming the beautiful planet Earth into a cesspool. We live mainly in gas-polluted cities, next to landfills and hazardous industries. Human civilization as a whole suffers from extreme forms of selfishness, greed, satiety and desire for comfort.

And many leaders of countries very often behave accordingly.

Moreover, in the vast majority of them, linear-binary thinking prevails:

"Cause - effect",
“Problem - solution”.
However, in huge and complex systems, this approach works primitively. This is the same as trying to do a neurosurgery on the human brain using a sledgehammer and an ax.

But just a little - such democrats immediately remember about the most radical way to heal international issues - these are local or global wars. What can the death of millions of compatriots mean? Little things! Ambition and material benefits are more important. Moreover, these ambitions are supported by some of those compatriots while they are still alive.

And as long as humanity is locked within the framework of one small (on the scale of the Universe) planet, all of the above risks will exist. At the moment, all of us - individuals taken separately, small and large nations, tiny states and superpowers, will resemble spiders eating each other in a jar. Only with that difference: spiders cannot break a jar. But we (that is, humanity) - can make our home (planet Earth) of little use for life. 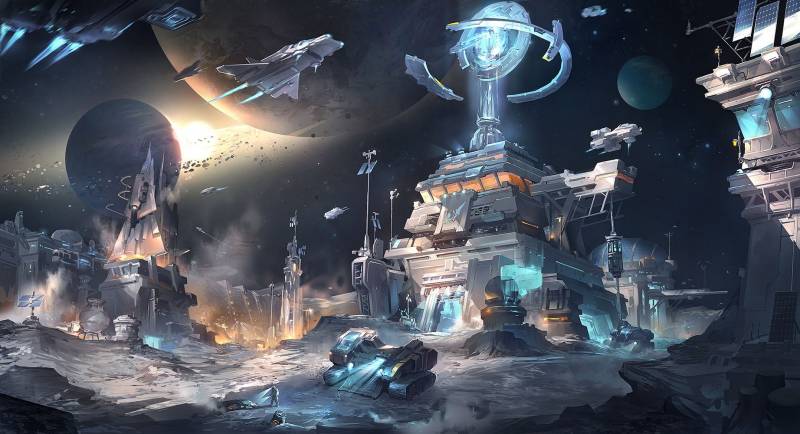 There have always been, are and will be skeptical people who do not understand the value of why people need to explore space. They are constantly trying to prove that this is just a waste of taxpayers' money. And that research isn't really needed.

However, if the most fierce skeptic begins to study the issue in detail, then, most likely, he will very soon understand the need for mankind to step beyond its cradle - the planet Earth, and in a more distant future - beyond the solar system.

The fact is that much of what is already an integral part of life today became possible thanks to space research.

Most of us do not even realize that the most familiar things around us are used only thanks to space programs. 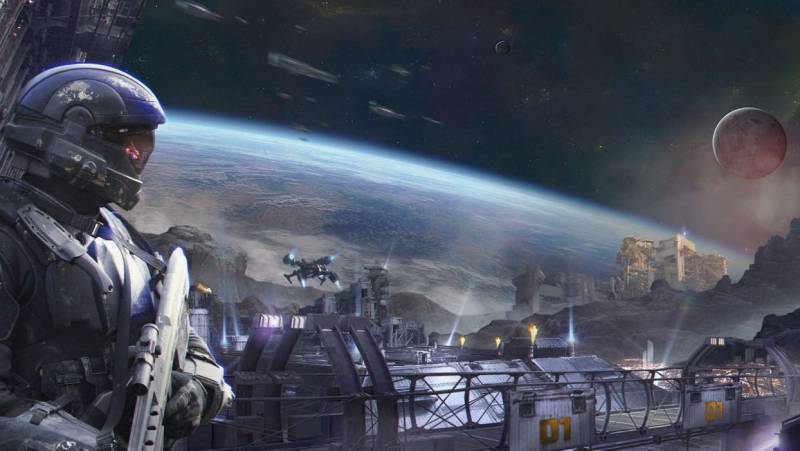 Why does man need space?

There are many answers to this question.

Here are just a few of them.

- Technology development, some of which have already found application in everyday life. These are information about storm warnings and weather, telephone conversations on a satellite phone, satellite TV, etc. All this has already been achieved through space exploration. Navigators in cars, planes and ships receive information directly from there.

- Scientific discoveriesthat will add to our knowledge of the universe and advance the fundamental sciences. Here the dependence of one on the other is directly proportional. The higher the level of development of science, the more space will be explored, and vice versa, the deeper the space research, the more scientific discoveries will appear.

- Solution of energy and resource problems, thanks to the deposits of useful substances on other planets and celestial bodies.

- Employment issues of the population... Thanks to the development of the space industry, hundreds of thousands (and in the future, millions of people) will be provided with jobs.

- Transfer of environmentally harmful industries outside the Earth. Almost all industry is not environmentally friendly. And the prospect that it will slow down in the future is nil.

- Development of space tourism, which promises to become one of the largest and most profitable areas in the future.

- Development of military technology, the creation of space weapons (controversial, but still a necessary point).

- Development of space technologies aimed at protection of our planet from the "invasion" of the heavenly onesl. Protecting humanity from the fate of the dinosaurs.

- Establishment of colonies on the Moon and Mars, and later on other celestial bodies of the solar system. If necessary, and the construction of large artificial structures in case of earthly cataclysms and (or) the inevitable overpopulation of the planet.

- Raising prestige its countrywhich depends on the success of space programs.

- An association... Space can become a single goal around which all humanity will unite, regardless of national or religious affiliation. (The likelihood of such a development of events, especially in the current capitalist system, of course, is very small. But we would like to hope so).

- And the most important answer to the question,

"Why would people explore space?"
Space is knowledge and beauty... It will allow us to look into the past, understand the present, and see the future. In addition, space is very interesting, extraordinary and beautiful. 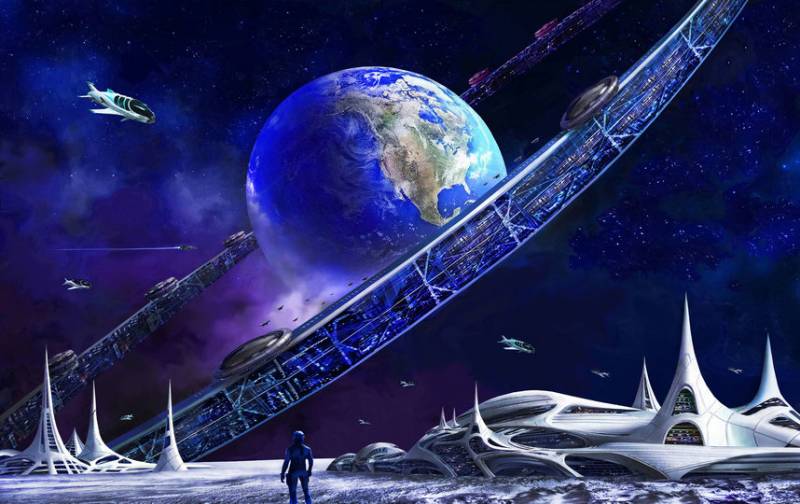 There is a very famous Russian proverb:

"Until the roasted cock pecks at the crown of the head, the man does not cross himself."
This is how we live, it seems.

Until overpopulation, hunger, lack of fresh water and unfavorable environmental conditions have not become the most significant factors determining the life of every person, humanity is in no hurry to think about the issue of space exploration.

But in any case, the time will come when life will force.

And then humanity will have to move forward - into Space.