"Not Iroquois": The news of the start of assembly at the Odessa aircraft plant of combat helicopters Bell UH-1 turned out to be fake 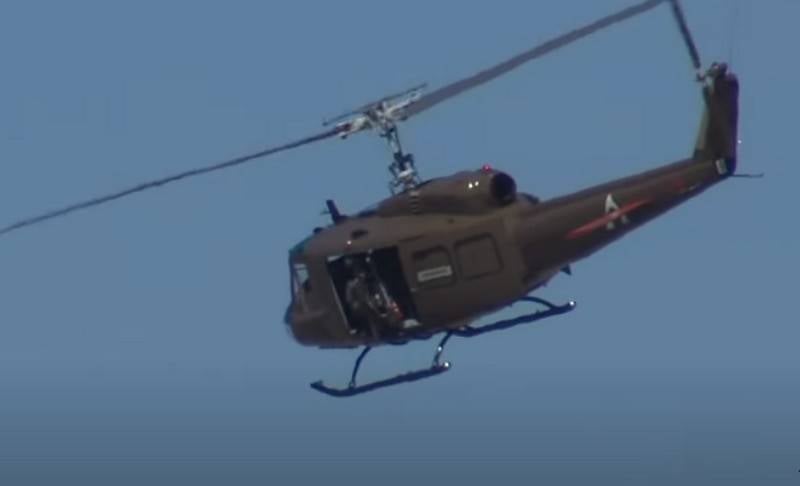 Spread by Ukrainian media news that Odessa aviation By the end of 2021, the plant will begin to regularly assemble American Bell UH-1 Iroquois helicopters ("Iroquois"), turned out to be a fake. Writes about this Ukrainian Military Pages with reference to the statement of the editor-in-chief of the Defense Blog website.


As stated, in the statement of the director of the concern, Yuri Gusev, spread by Ukroboronrom, the names of the helicopters were confused, saying that American Bell UH-1 Iroquois helicopters would be assembled in Odessa, although in fact we are talking about the likely launch of a repair line for civilian Bell 412 helicopters ...

Ukraine through DSCA (Defense Cooperation Agency) did not receive or even asked for permission to sell or licensed production of UH-1Y. However, the merchants applied for the import of Bo-106 and Bell-412
- Writes Defense Blog.

Earlier, the Ukrainian media disseminated the statement of "Ukroboronprom" on the launch of production of combat helicopters Bell UH-1 "Iroquois" at the Odessa aircraft plant under a license contract, the news caused bewilderment. As stated in the state concern, the first helicopter was to be assembled for the "30th anniversary of Ukraine's independence." It was also stated that the plant throughout its stories distinguished by the ability to carry out large foreign orders.

Just imagine: the production capacity of the plant in 1917 was up to a hundred aircraft per month.
- said on this occasion the general director of "Ukroboronprom".
Ctrl Enter
Noticed oshЫbku Highlight text and press. Ctrl + Enter
We are
Reports from the militia of New Russia for 27-28 September 2014 of the yearYuri Drozdov: Russia prepared the role of the sacrificial calf
Military Reviewin Yandex News
Military Reviewin Google News
31 comment
Information
Dear reader, to leave comments on the publication, you must sign in.