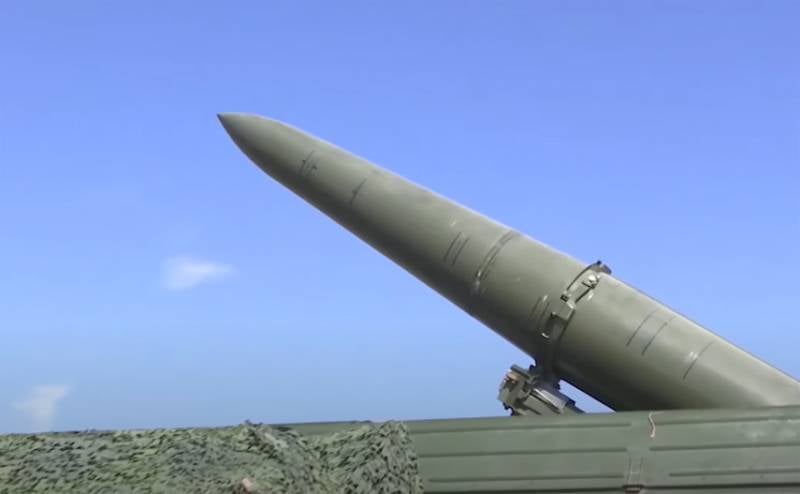 As the well-known meme says - “This has never happened, and now again” ... This is how you can describe the publications in the Western media after the demonstration of shots with attacks on terrorists in Syria with the use of the RF Armed Forces by the Iskander OTRK.


Recall that the other day such shots were distributed by the Russian Ministry of Defense in response to criticism of the complexes from the part of Armenian Prime Minister Pashinyan. According to the official representative of the Russian defense department, Major General Igor Konashenkov, the Iskander operational-tactical complexes have proven themselves to be excellent, including successfully hitting enemy infrastructure in the Syrian Arab Republic.

After the publication of information that the Iskander OTRK was used by Russia in Syria, the American blogosphere and the press began to take out "skeletons from the closets" and, as they say, shaking off the dust of time, again demonstrate to the general public. So, blogger Nick Waters, who is one of the "investigators" of the notorious supplier of fakes - Bellingcat, referring to social media accounts related to the militants in Syria, posted a tweet with the following content:

By posting a video of the Iskander strike in response to claims of the missile's ineffectiveness, the Defense Ministry appears to have inadvertently demonstrated that it has been targeting hospitals in Syria since 2016.
The topic was immediately picked up by the US media. So, in the military section of The Drive, an article by Joseph Trevithick was published, in which the author writes that Russia allegedly demonstrated footage of striking a hospital in Syria. At the same time, it was stated that the Russian "Iskander" was used against a hospital in the Syrian city of Azaz in the north of the country. Presents footage of the destruction of this hospital 5 years ago.

It is noteworthy that none of the American and Middle Eastern media, distributing yet another anti-Russian fake, reminded their readers that at that time the Turkish army, as part of one of its operations against Kurdish units in Syria, fired at Aazaz, using even large-caliber artillery. At the same time, militants affiliated with the terrorist group Jabhat al-Nusra (banned in the Russian Federation), calling themselves the "Free Army of Syria" ("the Syrian Liberation Army"), began to dominate these territories after intense Turkish attacks.

At the same time, ladies and gentlemen from Bellingcat stubbornly ignore the informational fact that there are hundreds of typical buildings in Syria. In particular, among them, in the same 2016, there were dozens of objects used by the militants of the ISIS terrorist group (banned in Russia). For obvious reasons, attention has not been focused on this, since otherwise that fake will be crumpled, within the framework of which Russia is again being accused of "war crimes".

Noteworthy is the reaction of users (including the Americans themselves) to these tweets from Bellingcat representatives. One - as the clearest illustration of the relationship:

It is clear without words.
Ctrl Enter
Noticed oshЫbku Highlight text and press. Ctrl + Enter
We are
Reports from the militia of New Russia for 27-28 September 2014 of the yearYuri Drozdov: Russia prepared the role of the sacrificial calf
Military Reviewin Yandex News
Military Reviewin Google News
52 comments
Information
Dear reader, to leave comments on the publication, you must sign in.