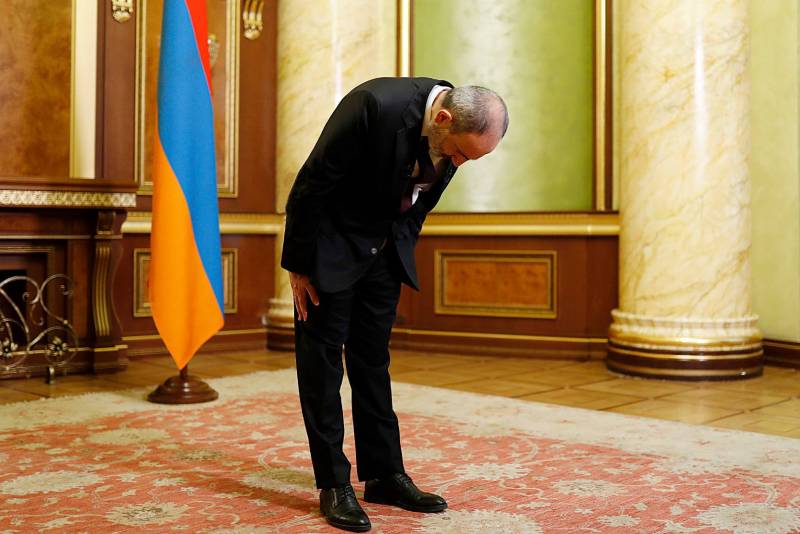 Once upon a time, our ancestors went to the battle "For Faith, Tsar and Fatherland." This motto was clear to anyone. Anyone, not just soldiers and officers of the Russian army. It is not for nothing that this motto was cast on the cross that was awarded to the militia - the Militia Cross. How deeply our ancestors understood their own soul. How clearly prioritized.


I remembered this motto not so much to remind about our ancestors, but to think about modernity. About what is happening in the souls of people today, what pushes us to act.

Have you ever thought about the fact that each of us, with a few exceptions, feels involved in everything that happens in the country and with the country? Everyone is proud of the exploits of fellow citizens - "we are like this" ... Everyone becomes a part of the head of state when he defends the honor of the country at some summit, each was Sergei Lavrov, who recently "cleared the brains" of our partners ...

Accordingly, any leader of the country must understand his responsibility to the people in this regard. If he is a real leader, and not foam brought up by circumstances. People feel themselves not only as pieces of victories, but also as pieces of defeats, pieces of failures and falls.

Look at the fans in the stadium, at their genuine happiness or despondency from whether their idols won or lost. Look into the eyes of the soldiers when they learn of the victory won by a neighboring unit ...

It is very difficult to give advice to angry people. Anger is a bad advisor in general, but in those cases when it appears in the hands weapon, also bloody. The political crisis in Armenia continues. Two days of confrontation. So far, there is a peaceful confrontation between Prime Minister Pashinyan and the General Staff of the Armenian Army.

True, from my point of view, Pashinyan is already crossing the "red lines", calling the opposition "a coup attempt." But the military, realizing that the use of weapons will inevitably lead to civil war, is limited to words. Society is hot. On Saturday, it will become known about the decision of the President regarding the dismissal of the Chief of the General Staff Onik Gasparyan.

General Gasparyan, Chief of the General Staff, announced on February 25 is the opinion of the army of the Republic of Armenia. It is enough to look at the signatures under this statement. Chief of the General Staff, all his deputies, heads of departments and corps! Accordingly, in the event of Gasparyan's dismissal, it is necessary to dismiss practically the entire command of the army, about 40 generals and senior officers!

In my opinion, Prime Minister Pashinyan should have resigned immediately after the wave of indignation over the defeat in the war subsided. When society began to calm down. When society came to terms with the fact that Nagorno-Karabakh was returned to Azerbaijan, and Baku guaranteed a peaceful life for the Karabakh Armenians. But that did not happen.

Instead, the prime minister began to look for an explanation for the defeat in the lack of weapons, in the actions of individual commanders, in the tactics and strategy of Azerbaijan's actions. What for? I really want to be prime minister.

It is not clear to me why everyone was so outraged by the statements of the Armenian prime minister about the Iskander's malfunctions. Although it is worth citing Pashinyan's arguments verbatim in his correspondence reply to President Serzh Sargsyan on the statement about the possibility of using Iskander:

“I think he should have answers to many questions and not ask questions, the answers to which he knows. Or maybe he will answer why the fired Iskander missiles didn’t explode or only exploded by 10%. ”

"I don't know ... Maybe a weapon from the 80s."
Even people who are not experienced in military affairs, after such statements, it becomes clear that the Armenian Prime Minister is a complete ignoramus in matters of armament. And it looks a little ... silly. Why couldn't you ask the military? The Armenian army is quite well prepared and trained, and the Armenian officers are well educated.

But back to the incomprehensible for me. Was the "faulty Iskander" the first "disgusting weaponry from bastard Russia"? Why did everyone forget the statement by Prime Minister Pashinyan of November 17 last year about the ineffectiveness of Russian air defense systems? Or a delusional statement about non-operational Russian electronic warfare systems made in December last year?

Today, as never before, the Armenian people must understand that the current Prime Minister is not the people of Armenia. Not part of the Armenian people. He is on his own. And what he creates and says is done not in the name of fulfilling the desire of the people, but in spite of this desire.

The Armenian people are those who, betrayed by their own government and prime minister, joined the militia in Karabakh, those who today help the affected people return a peaceful, calm life. Those very ordinary people who share the latter with their neighbors, not because they regret it, but because they want to see their happy faces.

You can't earn authority on lies

"Iskander" from the 80s of the last century "actually appeared in Armenia in 2016. Armenia became the second country in the world where they were adopted. Moreover, the Iskander complexes themselves appeared in the Russian army only in 2006. This means that the Armenians received the complexes released at about the same time. So Pashinyan's lies are simply striking in their cynicism.

"Employees of the Department of Information and Public Relations cannot interpret the statements of the Prime Minister."
But the Russian Defense Ministry posted its comment on February 26 from Major General Igor Konashenkov:

"Armenia did not use its Iskander during the conflict in Nagorno-Karabakh, all the missile ammunition was in the warehouses of the country's armed forces."

"... with bewilderment and surprise I got acquainted with Pashinyan's statement that the Iskander missiles used in Nagorno-Karabakh by the Armenian armed forces" did not explode or only exploded by 10%. "

“According to the objective and reliable information we have, confirmed, among other things, by the objective control system, none of the missile systems of this type were used during the conflict in Nagorno-Karabakh. All missile ammunition is in the warehouses of the armed forces of the Republic of Armenia. "
Even a recent opponent, Azerbaijani President Ilham Aliyev, spoke at a press conference for foreign media on February 26 about Pashinyan's statement:

“We have not seen the launch of the Iskander missile. Therefore, when the statement was announced yesterday, we asked again, but no - we did not see it. This is just another blunder, of which there were already a lot in public. "

"I would not want to be ironic on this topic, there were enough comments among Russian officials, members of the Russian parliament and experts that the rocket had to try very hard to explode by 10%."

It is clearly advantageous for the anti-Armenian forces to sway the situation in Yerevan today. Stable and prosperous Armenia was and will be for a long time a bone in the throat of those who have plans to create a “great caliphate”, “great Turan” and other similar state associations in their heads.

It is quite understandable for me why the position of, for example, Turkish President Erdogan has changed so dramatically. Most recently, he announced the need for the resignation of the Armenian government headed by Pashinyan, and today he opposes the change of power in Armenia.

To make a state dependent on other countries, to do something similar to Georgia, Ukraine, the Baltic states is the task set by the enemies of Armenia. Better yet, if a people with a millennium history, who has withstood many dangers, will generally lose his statehood, disappear from the face of the Earth, and will do it with his own hands.

I really hope for the centuries-old wisdom of the Armenians. To the love of Armenians for their country and their people. People were able to come to terms with the defeat in Nagorno-Karabakh. They were able to understand not only themselves, but also other people. Yes, not all yet, but we could. This means that they will be able to understand the perniciousness of the civil war for the country ...

Ctrl Enter
Noticed oshЫbku Highlight text and press. Ctrl + Enter
We are
A great interview with Sergey Lavrov: about Ukraine, Obama and IranWhat you didn't want to know about England
Military Reviewin Yandex News
Military Reviewin Google News
123 comments
Information
Dear reader, to leave comments on the publication, you must sign in.