Who was hindered by the Russian autocracy 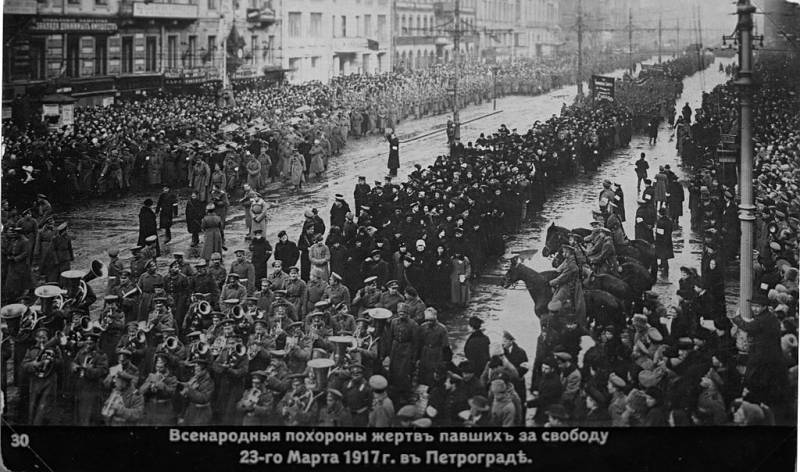 Who did the Russian tsar interfere with?

Opposition to the autocracy, including the grand dukes, the highest generals, the Duma and public figures, industrialists, bankers and the highest hierarchs of the church, itself destroyed the foundations of Russian statehood. The then Russian elite did not at all understand the role that the autocracy played in Russia.

The Russian state stood on faith, autocracy and the army. The Russian faith was undermined and crushed by the reforms of Nikon and Peter I. The cadre army perished on the battlefields of the First World War. And the tsar was overthrown by the Russian elite.

After the 1905 revolution, the Russian elite felt like an independent player in the country's political field. The autocratic monarch became a hindrance to their political plans and ambitions. The political, military, industrial and financial elite had strength and wealth. But there was no genuine, complete power that implied control.

And what kind of control over the autocrat, who, with a wave of his hand, can execute or start a war, disrupt all the cunning plans that can drag on for many years?

And the archaic, as it seemed to them, political system hindered the capitalist development of Russia. And the royal family had to share the property. And, finally, Russian Westerners and Freemasons just liked Europe - such

"Sweet and civilized."
Representatives of the Russian elite received an excellent education, they were real Europeans. Lived in Berlin, Vienna, Rome, Paris or Zurich.

Our Westernizers wanted a market, a hierarchical democracy, essentially a plutocracy, when all power belongs to

"Civilized world".
Modeled after Holland, France or England. To direct Russia along the western path of development, to complete the westernization of the country, begun by the first Romanovs. But not completed, since Catherine the Great, Paul I, Nicholas I and Alexander III, as best they could, “slowed down” this process and tried to solve national problems, and not others.

External forces also played an important role in the fall of the Russian Empire.

Long-term goals for the dismemberment and colonization of Russia appeared already in the course of the war, as a reaction to the war. At the same time, Berlin did not come up with the idea of ​​a separate peace with Russia and a joint Russian-German army to fight the "world evil".

Western democracies - France, England and the United States, and the one behind them

"Financial international",
solved the strategic task of the complete victory of the Western project (slave-owning) on ​​the planet and the way out of the crisis of capitalism. To do this, it was necessary to crush competitors and rob, master their territories. A part of Western civilization - the archaic (medieval) Germanic world (German and Austro-Hungarian empires), the Muslim world - the Ottoman Empire and the Russian Empire - acted in the role of competitors and "prey".

At the same time, there was competition among the Western powers.

Britain was in a hurry to resolve the "Russian question", to end more than two centuries of confrontation. Dismember and plunder Russia. Create a number of Western-dependent limitrophes.

The Americans were solving their own problems in the world war. They entered the war when the main competitors weakened in the most brutal massacre - Germany, France and England. The United States has changed from a world debtor to a world creditor. The war made it possible, due to the inflow of world capital and gold, to create a powerful military industry, army and navy. America was in a hurry to create its own

"new world order",
where England will be their junior partner.

“Democratic” Russia, reduced in size, was supposed to become a raw materials appendage, a bottomless storehouse of resources and a sales market for American goods.

In the revolution there is always "cannon fodder", brainless crowds with goats-provocateurs who lead the "sheep" to the slaughter. So, in the modern era during the "Arab Spring" in the role of "cannon fodder" was played by the youth, the petty bourgeoisie, willing

"Live like in the West."
In the Ukrainian Maidan, the same population groups plus neo-Nazi Bandera were used.

In Belarus and the Russian Federation, the stake is placed on the same social groups.

In the United States, democrats and globalists used against Trump the urban lower classes, the extreme left (new Trotskyists, anarchists), the cosmopolitan part of society and black racists. Moreover, if the revolution was successful, then usually, "cannon fodder" is smashed and destroyed. Since revolutionaries are destroyers, aimed at demolishing existing foundations. They cannot create and want to "continue the holiday."

In general, the revolution, like the god Saturn, devours its children.

The Russian elite and the forces of the West used professional revolutionaries, liberal and revolutionary intelligentsia as "cannon fodder".

The Russian intelligentsia, in addition to a small traditionalist (conservative) group, was sick with the West, sought to forcibly drag Russia into the Western world and root it there. In this sense, the Russian liberal intelligentsia was anti-people.

Professional revolutionaries are people who fundamentally rejected the modern world. They dreamed of the destruction of the old order, of a new world, which, of course, would be better and happier than the previous one. They possessed great energy - passionarity (according to Gumilev). The revolutionaries had the will and determination to overcome everything in their path.

The Russian elite and the forces of the West were eager to use the Russian revolutionaries.

Money from industrialists, bankers, Western capital was taken by the Socialist-Revolutionaries, Bolsheviks, nationalists, etc. However, it would be an oversimplification of the same Bolsheviks to be considered agents and puppets of the "financial international".

After the victory of the February Revolution, some of the revolutionaries (the Februaryists) were satisfied with the result. They planned to stabilize the situation and lead Russia along the path of Western modernization.

But Pandora's box was open.

The foundations of "old Russia" —the army and the monarchy — have been destroyed. The radical revolutionary wing demanded the continuation of the banquet.

"Parade of sovereignties".
Crime had its own revolution

"Plunder the loot".
The peasants began their war for the land and the project of "free farmers".

The Februaryists, Russian and Western capital tried to promote a liberal-democratic project - the "White Project". Integrate Russia into the European community.

As a result, having overthrown the tsar, the Russian elite received the Russian Troubles.

Only the Bolsheviks were able to pull Russia and the people out of this hell (Bolsheviks saved the Russian civilization).