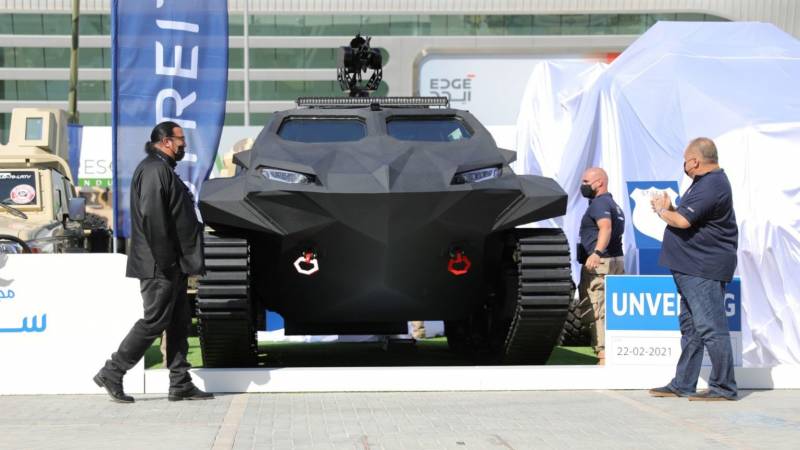 Presentation of the Storm armored vehicle at IDEX-2021

At the IDEX-2021 exhibition, an experimental Storm armored vehicle from Highland Systems and the STREIT Group was presented. The tracked vehicle with anti-bullet protection has a hybrid propulsion system and is said to be capable of solving a wide range of tasks. In addition, the project is interesting for its origin - representatives of several countries participated in its development and implementation.

The development of the original tracked armored vehicle was carried out by a group of Kiev enthusiasts led by Alexander Kuznetsov. The work began several years ago, and soon after that a prototype of a simplified design appeared. This car was tested on land and on the river, after which the development of a full-fledged model with all the necessary qualities and functions continued.

Reportedly, at this stage the work faced financial and organizational problems. The enthusiasts could not find the necessary support in Ukraine, and the project went abroad. For its implementation, Highland Systems was registered in the UK. 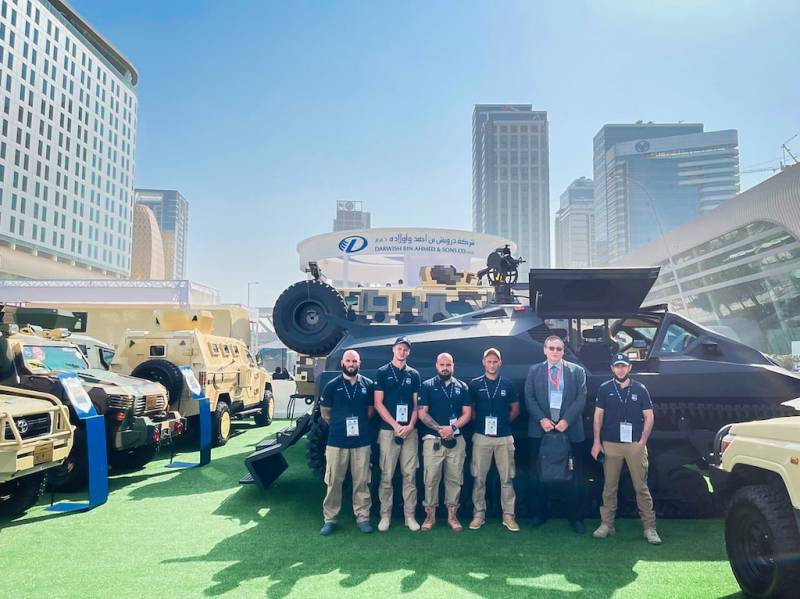 Armored vehicle and its creators
Soon the new firm signed a cooperation agreement with STREIT Group from the UAE. Together, the two organizations were able to complete the design work and build an experimental armored vehicle. Now they are testing, and also starting an advertising campaign.

The Ukrainian-British-Emirati origin of the project attracts attention in itself. The methods of its implementation are no less interesting - during the construction of the prototype, products from several other countries were used. So, the armor for the hull was purchased in Finland, the suspension was built on Australian-made units, and the batteries were purchased in China.

The official presentation of the Storm machine took place the other day at the IDEX-2021 exhibition in the UAE. The product was presented to the visitors of the exhibition in a festive atmosphere. Famous actor Steven Seagal was invited to the event as a guest of honor. He spoke well of the car and even expressed his willingness to purchase it for personal use. 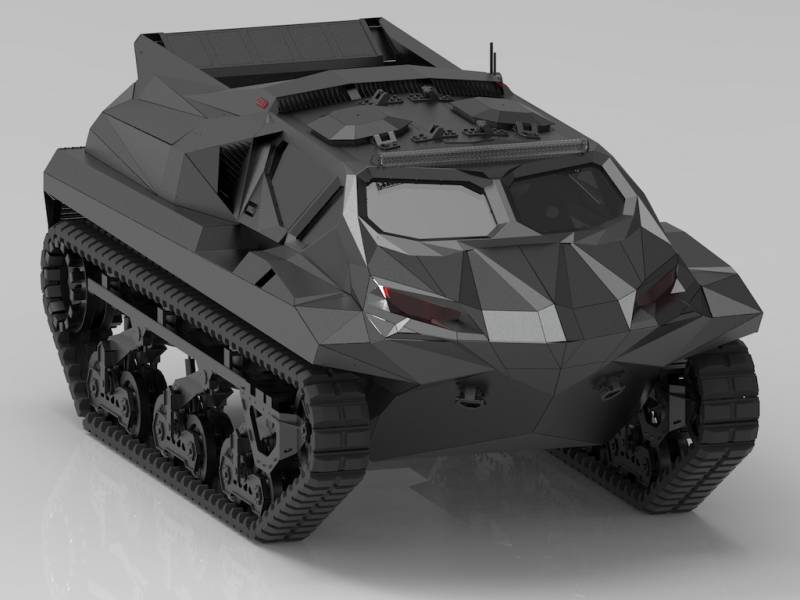 It is alleged that the Storm project uses a number of original ideas and solutions that can provide advantages over other armored vehicles. First of all, we are talking about a hybrid power plant with high performance. The original chassis and other features of the project are also noted.

The experimental Storm vehicle received a recognizable armored hull, providing sufficient buoyancy. The upper part of the hull extends under the cab and open cargo platform. A hybrid power plant was placed at the bottom of the hull. The vehicle's standard armor corresponds to level 1 of the STANAG 4569 standard (non-armor-piercing automatic and rifle bullets or light fragments). The possibility of amplification to level 2 (armor-piercing automatic bullets) is declared.

The power plant is based on a 200 hp diesel engine interlocked with a generator. A pair of 210 kW propulsion motors, connected directly to the drive wheels, are responsible for the movement on land. In the rear of the hull there is a jet propulsion unit with its own 150-kilowatt motor. The vehicle carries batteries of an unknown type and capacity. 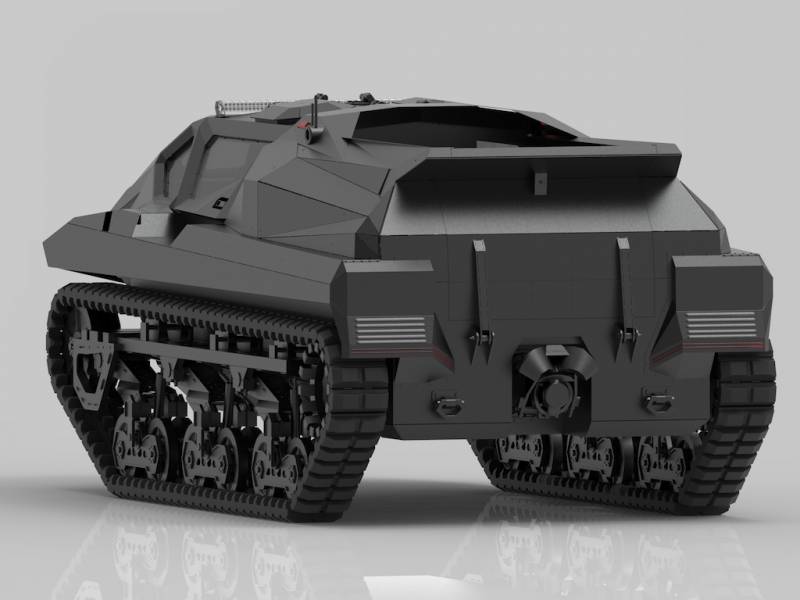 The power plant is built on the principle of full electric propulsion: in all modes, rewinding of tracks is provided only by electric motors. In this case, there are three modes of movement. In the first, the joint operation of a diesel generator, batteries and electric motors is realized. In the second, the propulsion motors are powered only by the diesel engine, and in the third they work only with the battery.

The undercarriage includes six twin small diameter road wheels per side. The rollers are interlocked in pairs on trolleys. Each bogie has a trailing arm spring suspension. In the bow there is a steering wheel, in the stern - a driving wheel. The suspension is built with a large clearance of 500 mm.

Two types of caterpillar can be used. The first version has steel tracks, the second (developed in the UAE) uses rubber links. In the latter case, the minimum running noise, high running characteristics and good maintainability are achieved. 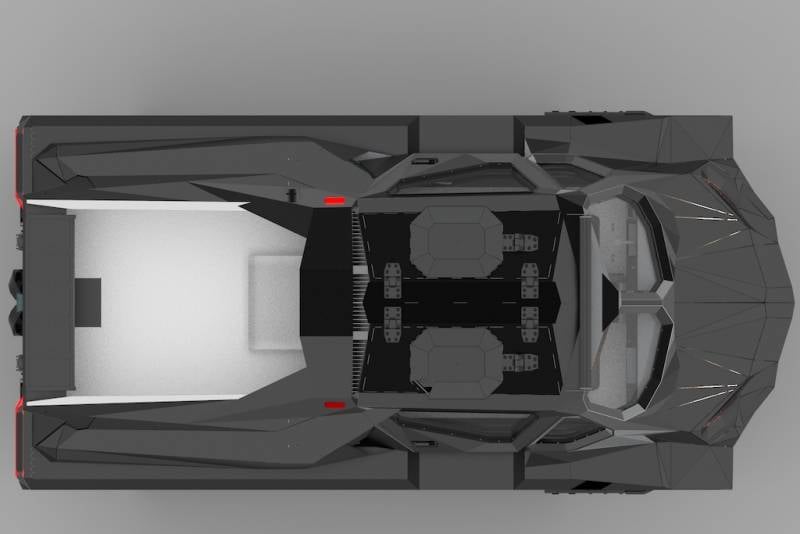 It is assumed that the new chassis can be used as a basis for vehicles for various purposes. You can install various equipment and weapons on it. So far, the plans only include the installation of machine guns or light anti-tank missile systems.

The experimental Storm armored vehicle has a length of approx. 5,9 m with a width of 2,9 m and a height of 2,36 m. The curb weight is determined at 8 tons. The payload depends on the route chosen. When driving on land, it is allowed to carry up to 3 tons of cargo, and on water this parameter is reduced to 2 tons. In the current configuration, the prototype carries six people, including the driver.

Using a hybrid power plant, "Storm" on land can reach speeds of up to 140 km / h. The maximum speed in reverse is 20 km / h. A water cannon with a separate engine of significant power provides acceleration up to 30 km / h. The design of the undercarriage allows you to overcome various obstacles on land. The crawler unit has a low specific ground pressure. On the water, the car can withstand waves up to 1,5 m. 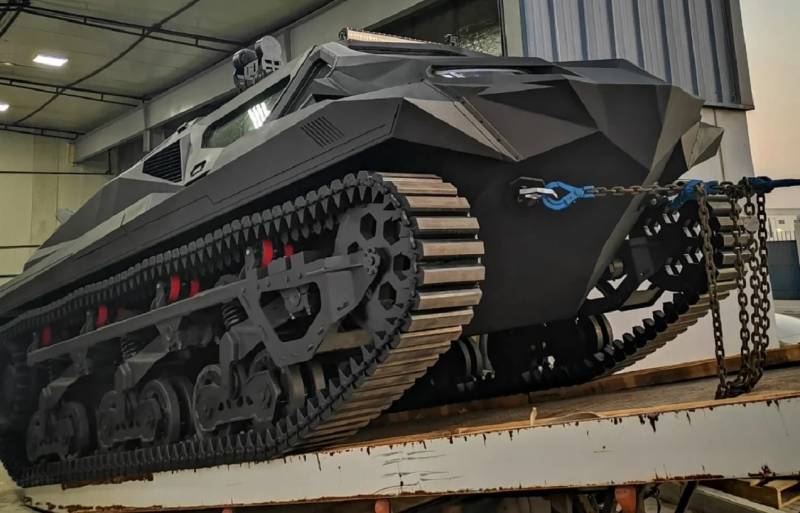 Undercarriage close-up
The power plant in hybrid mode allows the car to move on land for 18-36 hours or on water for no more than 4 hours. Using a diesel generator without batteries reduces the operating time to 8,5 hours. Due to the batteries, the car can travel at a speed of no more than 90 km / h up to 3,5 h. Acceleration to maximum speeds will deplete the battery charge in 1-1,5 h.

Overall, the Storm project is of some technical interest. The direction of electric and hybrid vehicles for military or dual-use is gradually gaining momentum, and each new project of this kind naturally attracts attention. The development and implementation of various interesting solutions contributes to the emergence of such interest.

The Ukrainian-British-Emirates project "Storm" does not offer any revolutionary new ideas and is based on already known solutions, the correct application of which allows obtaining high driving characteristics and other advantages. 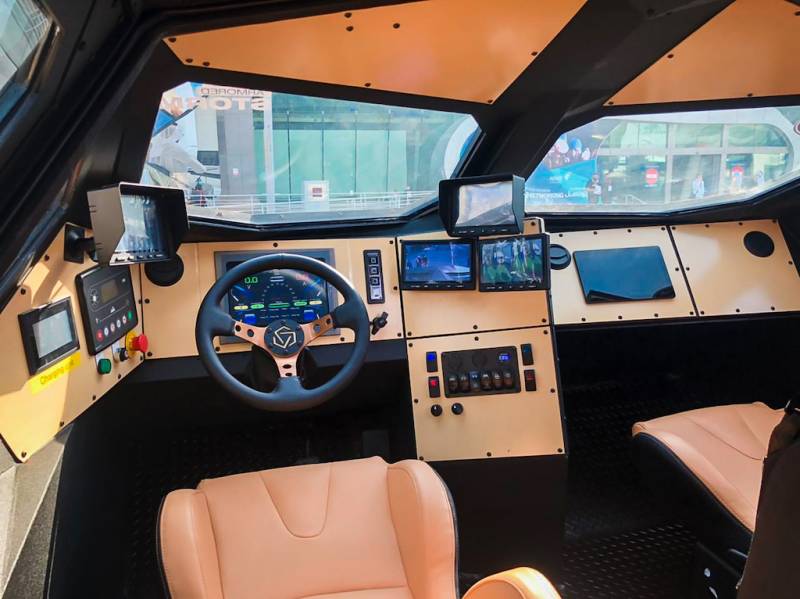 Driver's seat
The Storm is said to perform equally well on land and water. Provides high performance on the road and at rough power. Resistance to waves allows you to use the machine not only on rivers, but also at sea. With all this, high fuel efficiency is achieved. There is also a bulletproof and splinterproof booking.

The possibility of covert work is noted. So, a hybrid car with the engine turned off practically does not make noise and does not unmask itself with thermal radiation. Perhaps the characteristic appearance of the hull was also formed with the need for camouflage in mind. Such capabilities can be used in various operations, including combat.

The possibility of further development of the project is declared. On the basis of the current Shtorm platform, a unified wheeled chassis is being developed. How soon it will be done and shown was not specified. 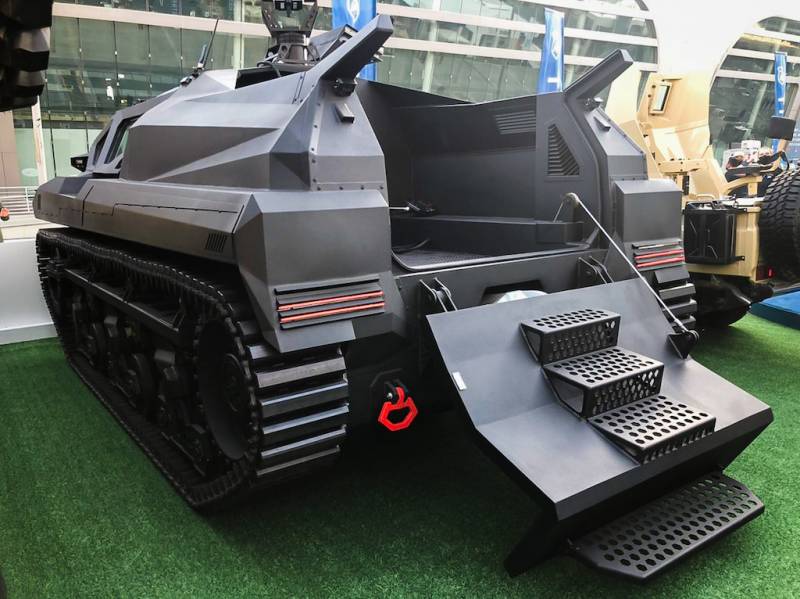 The Highland Systems / STREIT Group Storm project is interesting enough, but for now it should not be overestimated. The only prototype is still undergoing testing and development, and the exact results of these processes have not yet been determined. It is not known how soon it will be possible to present a full-fledged multipurpose armored vehicle, ready for mass production and operation in the army.

The commercial prospects of the project are also unclear. Electric cars and hybrids are seen as a promising and important area, but armies continue to rely on power plants of familiar and well-established classes. Interest from non-military customers is also questionable. Only a few structures and organizations may need such a specific technique.

Thus, despite the high marks from the developers, the future of the Storm project remains uncertain. It has a chance to pass tests and interest customers, but another scenario is no less likely, in which a prototype vehicle will remain a hero of exhibitions without commercial prospects.