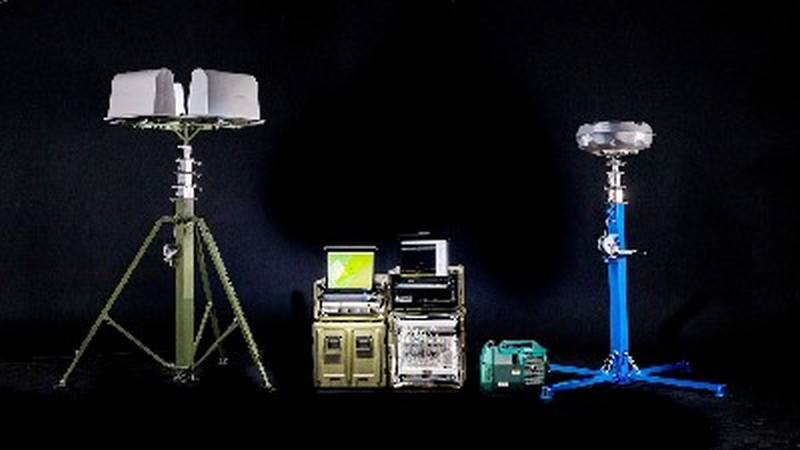 A new mobile anti-drones complex called "Zashchita" was developed by Ruselectronics specialists. This is stated in the message of Rostec.


The entire complex fits in three cases and takes 30 minutes to deploy. "Protection" is able to determine the type of drone, suppress control of the drone within a radius of 2 km, regardless of the time of day and weather conditions.

The device is also capable of locating the drone's remote control and breaking the communication link with the aircraft. At the same time, the satellite navigation signal suppression system operates.
- said in a statement.

The complex is invisible to enemy interceptors; it has a passive radar that uses signals emitted by external third-party transmitters. The lack of an active locator allows you to remain unnoticed in the face of enemy opposition.

The new complex can be used both in the military and in the civilian spheres, especially since the passive radar does not require permission to use radio frequency channels.

The growing availability of unmanned aerial vehicles increases the risk of their uncontrolled and illegal use (...) Therefore, today the enterprises of the holding, when developing means of protection against drones, use new circuit solutions that make it possible to maximize the security of the protected object
- said the general director of the holding "Ruselectronics" Sergei Sakhnenko.

Ctrl Enter
Noticed oshЫbku Highlight text and press. Ctrl + Enter
We are
Electronics has developed a deep-water light device"Roselectronika" has created a "invisible" complex for the protection of critical objects
Military Reviewin Yandex News
Military Reviewin Google News
57 comments
Information
Dear reader, to leave comments on the publication, you must sign in.