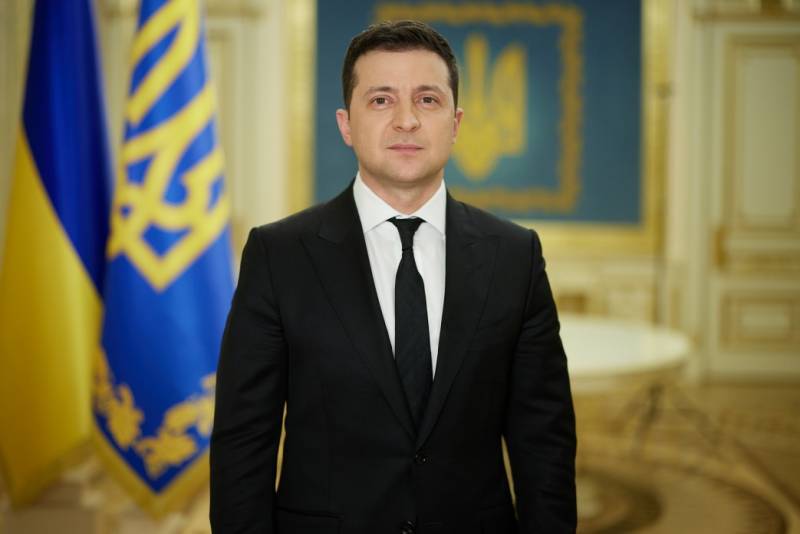 Today the President of Ukraine signed a decree on measures for the "de-occupation and reintegration of Crimea." This was reported by the press service of the office of the head of the Ukrainian state.


Based on the decree signed by Volodymyr Zelensky, the so-called "Crimean Platform" is being created. If we speak without those florid terms used by Kiev, the "Crimean Platform" is another anti-Russian gathering with a frank admixture of Russophobia, which will be financed with the aim of replicating disinformation about Crimea and life on the peninsula. The platform has already included Ukrainian and other "experts", many of whom have previously said that the bridge across the Kerch Strait will not last even a year, as "it will be demolished by ice drift." Today, these same “experts” will be setting the agenda for new discussions that would be more suitable for stories mental illness.

According to the Ukrainian president, he signed the decree on "the day of resistance to the occupation of Crimea and Sevastopol."

Zelensky, signing the decree, made another hypocritical statement, noting that he "sincerely believes that the day will come" when he will be able to cancel the decree, because Crimea will return to Ukraine. Here Zelensky should be reminded that his term in the presidency of Ukraine cannot be infinite ...

Dear Crimea! All Ukraine is waiting for you. It's time to go home.
In Crimea, they managed to react, noting that they returned home in March 2014.

I propose to create a "Kiev platform". We will consider the option of returning home to Kiev.
Zelenskiy went wild in his desire to please the CIA and his radicals. Minus 50 percent support for a year and a half. You have to be able to do that! Do not worry, the IMF will not give money for this anyway.

Ctrl Enter
Noticed oshЫbku Highlight text and press. Ctrl + Enter
We are
Reports from the militia of New Russia for 27-28 September 2014 of the yearDecember 2010 years. Russian March. Senseless and merciless? Notes not a Russian person
Military Reviewin Yandex News
Military Reviewin Google News
187 comments
Information
Dear reader, to leave comments on the publication, you must sign in.