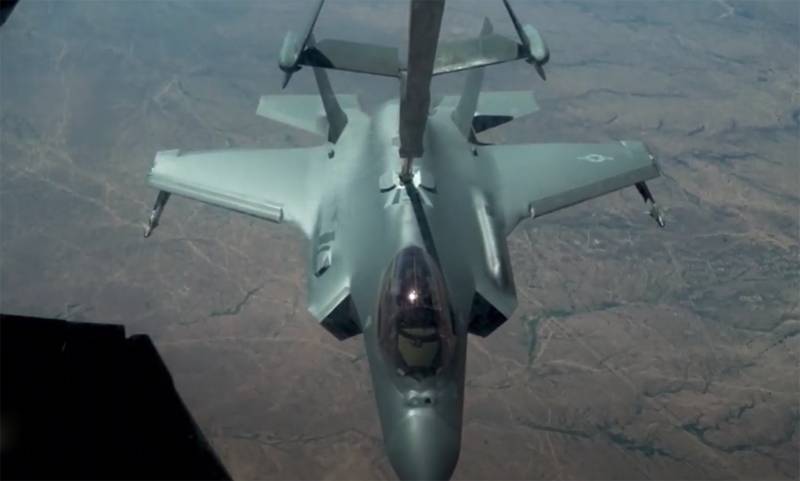 In the United States, they are discussing issues related to the willingness of the 46th President of the United States to make a certain reduction in the military budget. The new American administration made it clear that Joseph Biden is awaiting a report on what weapons and in what quantities the American army really needs today. In this regard, the US press publishes statements that for some means of military equipment and weapons they can use the "reduced purchases" program. In particular, we were talking about F-35 fighters.


Lexington Institute COO Lauren Thompson says Joe Biden has already paid attention to the existing "defense bureaucracy." And now, according to her, the president intends to “highlight the accents in equipping the army and fleet».

The Biden administration wants a revised 2022 budget ready in Congress in April. At first, they will have to rely on the data of the Joint Headquarters and the same defense bureaucracy.

American analyst in the field of the Air Force and space activities, Richard Abulafia, in this regard, says that Biden's decision may affect the volume of purchases of F-35 fighters. At the same time, China is seen behind Biden's back in this matter.

For the first time in the time that the F-35s exist, tough decisions on the part of the administration are looming.
According to the latest reports, the Biden administration has already received a policy memo from Undersecretary of State Kathleen Hicks, which says that "decisions on F-35 fighters are the most critical."

Earlier it was reported that the fifth generation fighter manufacturer Lockheed Martin is offering the Pentagon a new contract. According to a representative of the company's management, this will reduce the cost of operating F-35 fighters and improve logistics. LM argues that the cost of an F-35 flight hour will eventually be reduced from $ 36 to $ 25000.

However, now, as it turns out, these targets may not be achievable. American analysts believe that the F-35 fighter will face difficult times, as China has confirmed its intention to limit, if not even ban, the export of rare earth metals to the United States.

Today, Chinese raw materials account for up to 80 percent of the US rare earth metals market. At the same time, the aforementioned Lockheed Martin, which is engaged in the production of new generation fighters, cannot do without Chinese rare earth metals. According to the most conservative estimates, at least 35 kg of oxides of rare earth metals and metals of this type themselves are used to create one F-250. They are used to create on-board electronics, radar systems, and structural elements. If China in the near future implements its plan to limit or completely ban the supply of rare earth metals to the United States, then this will lead to an objective need to reduce the production of these aircraft for at least several years - until alternative sources of these metals are found. Accordingly, this will affect the price, which certainly will not decrease, including the cost of operating the F-35.

In this regard, it can be assumed that the Biden administration is bluffing, declaring its own intentions to revise the volume of orders for these fighters. Indeed, in the event of a Chinese embargo, the revision will have to be carried out without Biden's decision.
Ctrl Enter
Noticed oshЫbku Highlight text and press. Ctrl + Enter
We are
Reports from the militia of New Russia for 27-28 September 2014 of the yearYuri Drozdov: Russia prepared the role of the sacrificial calf
Military Reviewin Yandex News
Military Reviewin Google News
36 comments
Information
Dear reader, to leave comments on the publication, you must sign in.