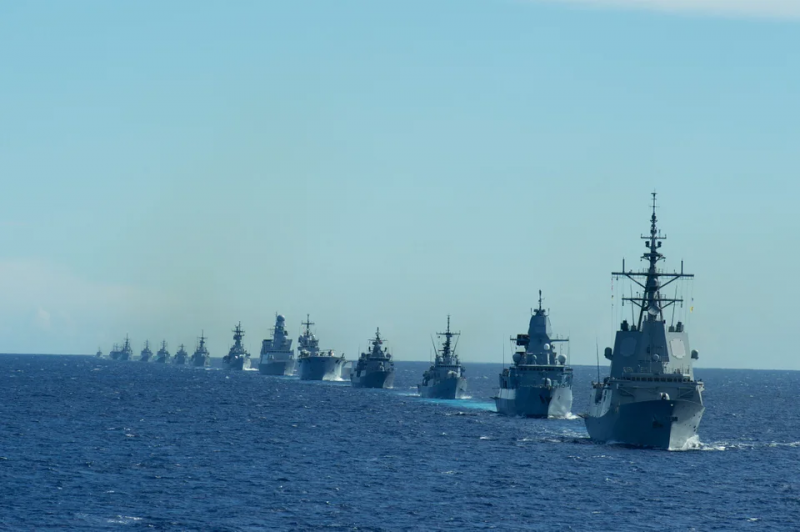 The growing tension in the Black Sea since the beginning of February was facilitated by the statement of NATO Secretary General Jens Stoltenberg:

The statement was made in Kiev during a meeting with Ukrainian Prime Minister Denis Shmygal. In the complementary part of the report, Stoltenberg mentioned that all this is associated with the "annexation of Crimea" and the strengthening of the Russian Black Sea fleet... The Ukrainian political establishment was ready to give a standing ovation to such rhetoric. 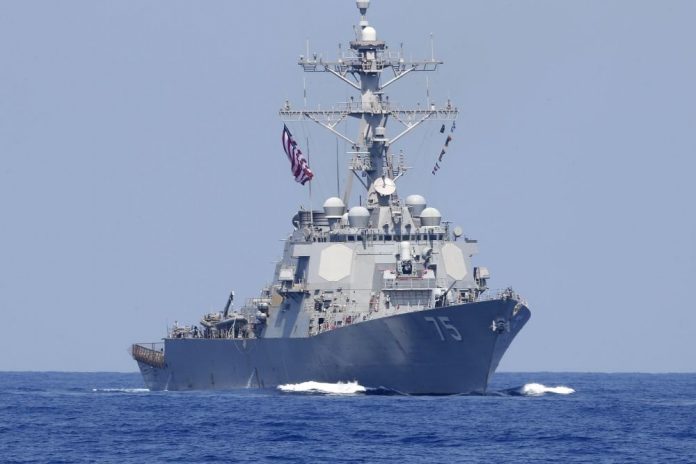 In confirmation of the words of the Secretary General, the military leadership of NATO on February 9 organized small maneuvers in the Black Sea waters. According to the scenario, a submarine (obviously Russian) was searched for by the forces of two destroyers USS Porter and USS Donald Cook, a Boeing P-8 Poseidon naval patrol aircraft and two F-16 fighters. The American group was assisted by the Turkish frigates Aruj-Reis and Turgut-Reis. Previously, US destroyers conducted similar exercises with the Ukrainian Navy. Kiev is very impressed by NATO's interest in expanding its military presence in the Black Sea. This year, eight exercises are planned with the involvement of eleven thousand foreign military personnel. It comes to the point that Kiev politicians are ready to provide NATO members with airspace for military operations in the sky. The most interesting thing is that the Ukrainian Minister of Infrastructure Vladislav Krykliy proposes to "allow" foreign military aviation operate over the Crimean Peninsula. Phantom pains, apparently, still do not let go of overly zealous political activists. So far, Ukraine is opening airspace for NATO equipment sporadically, but the trend may be threatening for Russia. In September 2020, Kiev for the first time allowed B-52H Stratofortress strategic bombers into its territory. Three aircraft potentially equipped with a nuclear weapons, circled over the regions bordering with Russia for several hours. A year earlier, during a regular exercise, two B-52Hs took off from an airfield in Great Britain, flew over Europe and from the Black Sea inflicted a conditional nuclear strike on Crimea. In recent months, reconnaissance unmanned and manned aircraft of NATO countries have increased their activity by 40-60% near the Black Sea borders of Russia. 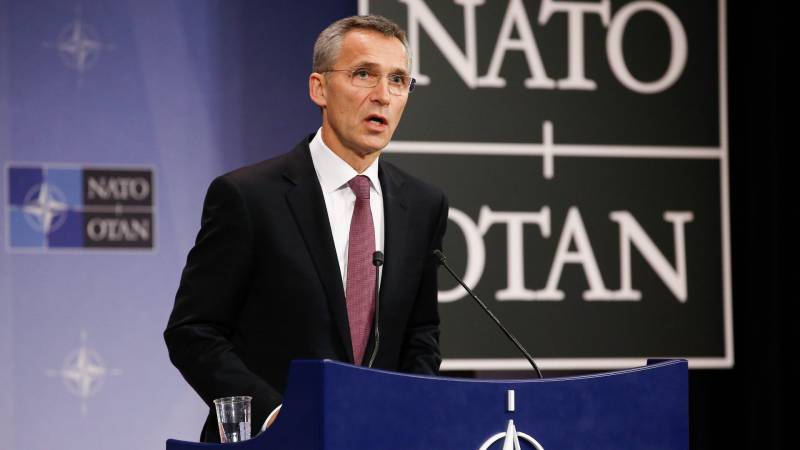 At the same time, there is no reason to assert that the Russian military presence is somehow capable of provoking the NATO command. If we talk about Crimea, then there really is a lot of modern military equipment, but it is intended solely for defense. Complexes S-300 and S-400 from the 31st Air Defense Division, "Bali" and "Bastions" of the 22nd Army Corps, together with an aviation group of fighters, bombers and attack aircraft - this is practically all that Russia can actually respond to aggression in Crimea. The Black Sea Fleet itself, represented mainly by missile boats, diesel-electric Varshavyanka, three frigates and one missile cruiser, does not at all resemble a formidable invasion force. The main task of the compound is to cover the territorial waters from uninvited guests. For comparison, the potential of the Turkish naval forces is many times greater than the capabilities of the Black Sea Fleet. And if you add the forces of Romania, Bulgaria and, ultimately, Georgia and Ukraine, it turns out that Russia has no chance in a hypothetical war with the use of conventional weapons. And this is without taking into account the capabilities of the US Sixth Fleet, which has jurisdiction over the Black Sea. So what kind of containment of Moscow in the Black Sea region was Stoltenberg talking about? What is the purpose of creating a "defensive buffer" off the coast of Russia by the bosses of the North Atlantic Alliance?

The Black Sea is a real gem in the plans of any political and military strategist. Trade and transport routes from East to West and from South to North Europe run along the sea, and control over them is a priority for NATO. To understand what is happening now with the Black Sea region, it is worth recalling the events of many years ago. In June 2008, at the NATO summit in Bucharest, the Black Sea was nearly turned into an inland water body of the Alliance. Not without efforts from Russia, Moldova, Ukraine, Armenia and Azerbaijan abandoned plans to join NATO. Well, Georgia was simply not accepted into the military alliance. At that time, the American plans to expand the alliance to the east contradicted the position of the European powers that were not interested in provoking Moscow. By the way, Washington increased its military influence in the early 2000s, when the Russian military presence was minimal. Then they solemnly accepted Romania and Bulgaria into NATO, having received the western coast of the Black Sea at their disposal. Since 2014, Russia has partially regained its positions in the region, which were catastrophically lost in the 90s. But this happened after the full-scale spread of NATO across the countries surrounding the Black Sea. The reaction of the American-European military was followed with some delay - in 2016 and 2018, at the NATO summits, the Black Sea space became a strategic priority. Ukraine and Georgia were named as the main partners in this stories, but in reality Kiev and Tbilisi found themselves in vassal dependence on the political whims of Brussels and Washington. Over the course of a couple of years, NATO has formed an adapted military presence in the forward area in the Black Sea region, which includes the deployment of a multinational framework brigade of Romania, bringing to full readiness of the regional center of the South alliance in Naples and taking a number of measures to strengthen and expand the activity of the alliance forces in the military -Air and naval spheres. The Romanians have kindly agreed to the construction of an American missile defense system base at their home. In the Nikolaev region of Ukraine in Ochakov, the "Marine Operations Center" is being built since 2017. According to media reports,

"The US has funded the strengthening and modernization of existing piers, the construction of a new floating dock, fences around the base, ship repair facilities, and a couple of brand new maritime operations centers from which Ukrainian and NATO forces can be deployed to exercise and coordinate."

Simply put, another NATO base has been created near the borders of Russia. Georgia also cannot stay away from the US military preparations. US $ 2,5 billion is promised to be invested in the port of Anaklia. 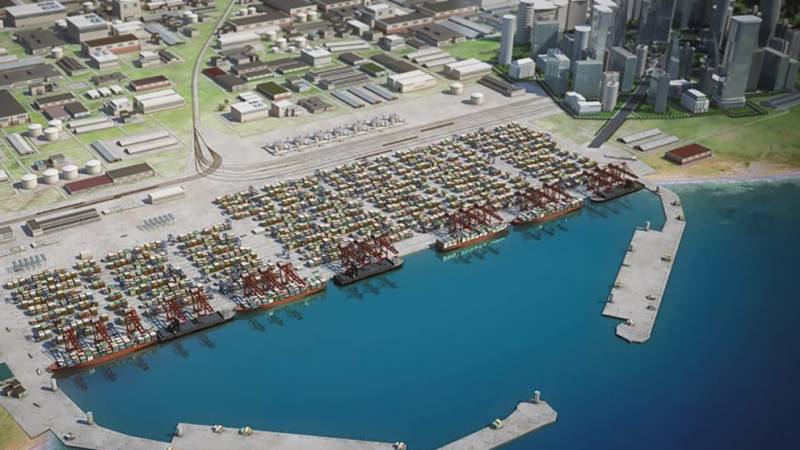 “The port of Anaklia should become the deepest harbor in Georgia (up to 20,5 m at the edge of the berth). In the operating ports, this figure is much lower: in Batumi - 14 m, in Poti - 8,5 m. The new port will occupy an area of ​​400 hectares and will be able to receive vessels of the Panamax and Post-Panamax class. 32 berths with a total length of 12,3 km will be built in Anaklia. By the middle of the XXI century, the port's throughput capacity will reach 100 million tons of cargo per year. "
Potentially, the new Anaklia will be capable of receiving American attack aircraft carriers. Even if the number does not work with the aircraft carrier, Georgia is already hastily preparing a large airfield for NATO strategic aviation with American money.

Obviously, after a short period of complacency, the United States and NATO have realized the considerable potential of Russia in many key areas. The return of Crimea and the successful operation in Syria served this. Under the creation of mythical buffer zones in the Black Sea or in the Arctic region, NATO members mask aggression and actual interference in Russia's sphere of interests. If earlier the threats coming from Brussels and Washington could be considered as hypothetical, now they are more and more like real. The only question is, how will Russia protect its national interests in the region?

Ctrl Enter
Noticed oshЫbku Highlight text and press. Ctrl + Enter
We are
Results of the week. “I have sawdust in my head. Long words only upset me. ”Situational analysis of the death of the MH17 flight (Malaysian Boeing 777), made on the basis of engineering analysis from 15.08.2014
Military Reviewin Yandex News
Military Reviewin Google News
26 comments
Information
Dear reader, to leave comments on the publication, you must sign in.