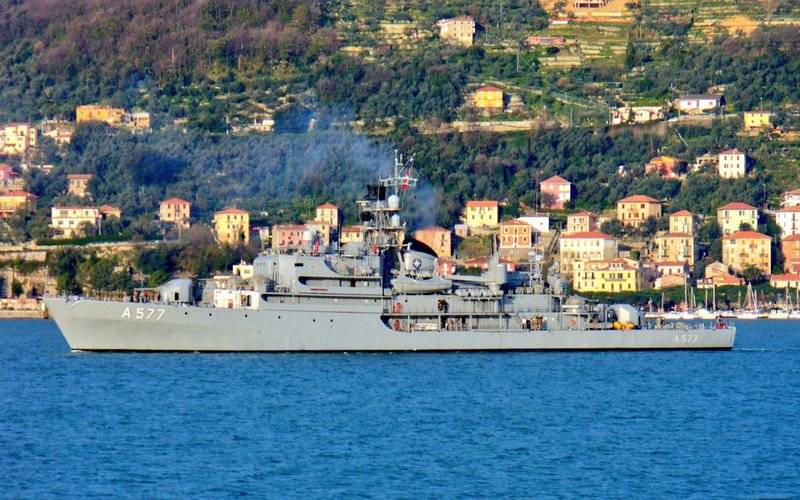 NATO has sent warships from the permanent mine action group to the Black Sea region. According to the press service of the National Center for Defense Control of the Russian Federation, Spanish and Greek minesweepers entered the Black Sea, which are monitored by the Black Sea Fleet.


According to the military department, minesweepers Tajo of the Spanish Navy and Evropi of the Greek Navy entered the Black Sea today, February 25, 2021. After passing the Turkish straits, both ships were taken under the supervision of the forces and means of the Black Sea fleet.

The forces and means of the Black Sea Fleet began to monitor the actions of the minesweepers-seekers of Tajo of the Spanish Navy and Evropi of the Greek Navy, which entered the Black Sea on February 25, 2021
- said in a statement.

The flagship of SNMCMG2 will be the Turkish training ship Sokullu Mehmet Pasa, the group will include the frigate BGS Priboy (Bulgaria), minesweepers ROS Lupu Dinescu (Romania), ESPS Tajo (Spain) and TCG Ayvalık (Turkey). The anti-mine group will take part in the Romanian-Bulgarian exercises "Poseidon", and will also conduct accompanying exercises with the Ukrainian Navy. In addition, ships are scheduled to call at the ports of Constanta (Romania) and Odessa (Ukraine).

(...) the deployment of SNMCMG2 in the Black Sea is an important opportunity to promote understanding, interoperability and trust with our allies and partners
- said the commander of SNMCMG2, the captain of the Turkish Navy Yusuf Karagülle.

It is noted that this is the first call of NATO mine action group ships into the Black Sea this year.

Ctrl Enter
Noticed oshЫbku Highlight text and press. Ctrl + Enter
We are
Summary of the week from voenkor Mag about events in the DNI and LC 21.04.18 - 27.04.18Independently to confront the challenges of Bucharest Kiev is not able to
Military Reviewin Yandex News
Military Reviewin Google News
37 comments
Information
Dear reader, to leave comments on the publication, you must sign in.