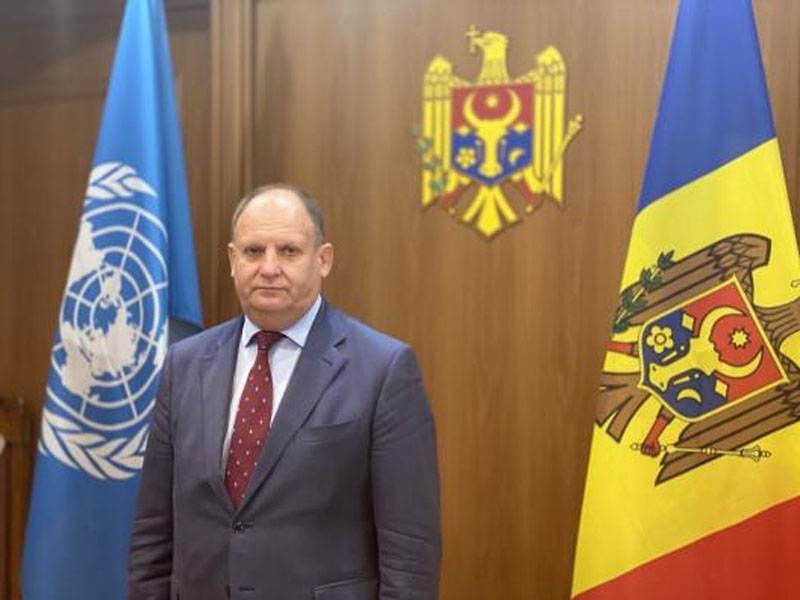 The Moldovan Foreign Ministry, following President Maia Sandu, called for the withdrawal of the Russian peacekeeping contingent from Transnistria. The corresponding statement was made by the State Secretary of the Ministry of Foreign Affairs (officially the department is called the Ministry of Foreign Affairs and European Integration - MFAEI) of Moldova, Gheorghe Leuke.


According to Mr. Leuke, the department he represents is raising the issue of "withdrawing Russian troops from the banks of the Dniester and the complete destruction of the ammunition located there."

Recall that on the territory of the Pridnestrovian Moldavian Republic there is a huge arsenal, which was one of the largest in the USSR in terms of the amount of ammunition stored there. This arsenal is guarded by Russian servicemen. It's hard to imagine what could happen if weapon, shells, mines and cartridges from this arsenal will be without military escort.

But the new Moldovan authorities, dancing to the tune of the West, again decided to raise the issue of the withdrawal of the Russian contingent. At the same time in Chisinau they forget that in 1992 Russia was the first to propose to introduce a UN peacekeeping contingent into Transnistria. But in the West, they decided it would be expensive. Then the Russian military on the banks of the Dniester received international peacekeeping status. Almost three decades have passed since then, and not a single shot has been fired in Transnistria during this time. Before the entry of the Russian military into the republic, as you know, there was a bloody war.

Gheorghe Leuke announced that the Moldovan Foreign Ministry "is seriously concerned about the presence of 20 thousand tons of ammunition on the territory not controlled by the official authorities of the country." Mr. Leuke stated the need "to resolve the issue of resuming the process of withdrawing Russian troops and destroying ammunition."

This statement was made by the Moldovan official during the conference on disarmament, which is being held in Geneva.

Ctrl Enter
Noticed oshЫbku Highlight text and press. Ctrl + Enter
We are
Senator Pushkov reminded the elected President of Moldova about thousands of Russian citizens in TransnistriaReports from the militia of New Russia for 27-28 September 2014 of the year
Military Reviewin Yandex News
Military Reviewin Google News
97 comments
Information
Dear reader, to leave comments on the publication, you must sign in.