"For support on the way to NATO": Latvia handed over to the Armed Forces of Ukraine the second batch of Land Rover developed in the late 1940s 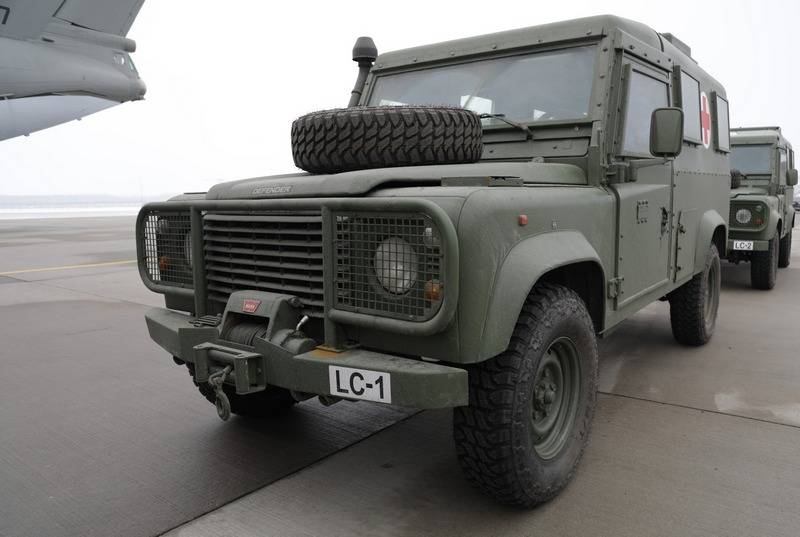 Latvia handed over to the Armed Forces of Ukraine the second batch of Land Rover Defender SUVs developed in the 1940s. This was reported on the website of the Ministry of Defense of Ukraine.


In total, the Latvian side handed over seven Land Rover Defenders in a sanitary and medical modification. It is especially emphasized that the equipment was donated free of charge. The representative of Latvia promised to continue to support Ukraine in its quest for European integration and on the way to NATO.

Minister of Defense of Ukraine Andriy Taran, Ambassador of Latvia to Ukraine Juris Poikans, Deputy Head of the Office of the President of Ukraine Roman Mashovets took part in the solemn ceremony of transferring military property.

Today, thanks to the efforts and support of our Latvian partners, we are significantly strengthening the capabilities of our military medical service. The need for such a technique, unfortunately, is constantly pressing. (...) Military doctors must be ready every minute to start saving the lives of Ukrainian defenders and civilians
- said the Minister of Defense of Ukraine, adding that Latvia from the first days of "Russian aggression" against Ukraine has been supporting the Ukrainian army.

Note that this is the second batch of Land Rover Defender sanitary off-road vehicles received by Ukraine from Latvia. The first one was transferred to the Armed Forces of Ukraine on January 21 this year and also consisted of 7 cars.
Ctrl Enter
Noticed oshЫbku Highlight text and press. Ctrl + Enter
We are
Summary of the week from voenkor Mag about events in the DNI and LC 21.04.18 - 27.04.18Summary of events in the DPR and LPR for 14.04.18 - 20.04.18 from the military commissar "Mag"
Military Reviewin Yandex News
Military Reviewin Google News
88 comments
Information
Dear reader, to leave comments on the publication, you must sign in.