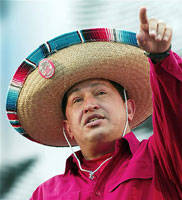 ... Three Russian-made helicopters, on one of which the national flag of Venezuela and the banner of the Air Force developed on the cable, soared into the air and, to the applause of many viewers, opened an aerial view of aviation equipment at the Libertador air base, which is 130 km from the Venezuelan capital. So for the first time in December 2009, in the parade on the occasion of the 89 anniversary of the Venezuelan air force, multipurpose Su-30МК2 fighters and Mi-17В-5 helicopters, adopted by the army of the South American country, took part. The decoration of the parade, the order at the beginning of which was given by the president and commander-in-chief of Venezuela, Hugo Chavez, dressed in military uniform, became the overflight of multi-purpose Russian fighters. Piloted by Lieutenant Colonel Jose Acosto Su-30МК2 on a low-level flight, he flew over the runway in front of the honored guests ’podium and, abruptly gaining height, performed the aerobatics“ barrel ”, rushing towards the eight of the“ Dry ”. In the dense formation of the squadron of combat vehicles made several turns and steep turns, demonstrating the skill of the Venezuelan military pilots, perfectly mastered the modern Russian aircraft. 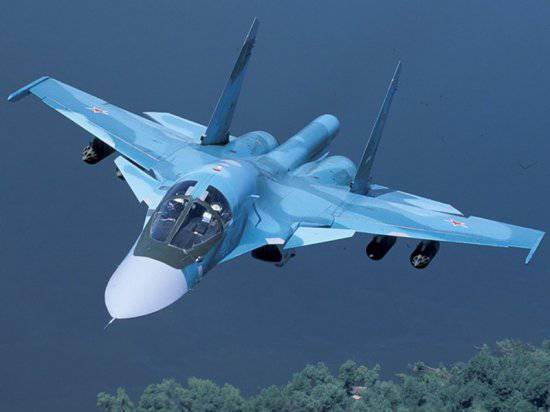 The Venezuelan command is actively carrying out the task set by Chavez - in a short time to modernize outdated military equipment, replacing it with the Russian one and, in some cases, with the Chinese one. In general, the military-technical cooperation of Russia with Venezuela in recent years has received a dynamic development. From 2006, the 24 Su-30MK2 fighter was delivered to Venezuela, more than 50 military helicopters of various modifications, a batch of Igla man-portable air defense systems, 100 thousands of AK-103 assault rifles. A factory for the licensed production of Kalashnikov assault rifles, as well as an ammunition factory for this, is under construction in the city of Maracay, which is 100 km from Caracas. weapons.

During last year’s visit to Moscow, an agreement was signed under which Russia, as Chavez stated, would deliver to Venezuela 92 tank T-72. “The tanks that are now in service with the Venezuelan army are already 30, and some 50 years old,” Chavez said. The president also announced the purchase of Smerch multiple launch rocket systems in Russia. 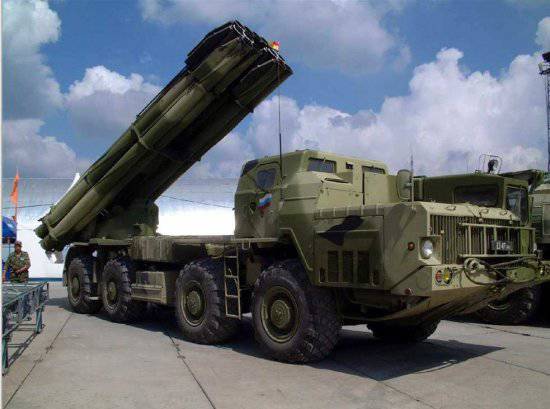 At the same time, Chavez has repeatedly stressed that Venezuela’s military-technical cooperation with Russia is not an arms race, but strategic plans to strengthen the state. So, he noted, “we do not intend to commit aggression against anyone. However, we have the right to self-defense and strengthen the defense potential of our country in order to protect our resources, our territory. ” Then the Venezuelan president added that he wanted to explain to everyone: “There is no arms race, it is a question of strategic plans.”

By the way, after the famous flight to Venezuela of two strategic Tu-160 bombers, which were temporarily based at the Libertador air base in the city of Maracay, the United States and the Venezuelan opposition actively discussed the issue of certain Russian bases. Chavez, in turn, confirmed his readiness to accept strategic bombers aviation Russian Air Force on the island of Orchila. Russian strategic aviation can use the island’s airfield when carrying out planned long-haul flights, he noted, but has denied reports that Venezuela provides Orchila Island to host the Russian Air Force air base. Chavez emphasized that "this is not true."

Almost certainly, the issue of expanding military-technical cooperation between the two countries will be discussed during Hugo Chávez’s current visit to Moscow, which will take place on October 14-15. At the same time, the emphasis in it will increasingly be shifted towards the development of trade and economic relations. In any case, going to Moscow, Chavez said that in the course of it a Russian-Venezuelan bank would be established. “Work on the creation of a joint bank has been going on for a long time, all agreements have already been signed, only technical and financial details remain,” he noted. Observers associate this with certain economic difficulties that have recently arisen in the country. Although the Venezuelan president himself, stresses that, despite the crisis, GDP is growing. “Now it is 300 billion dollars, but it will be 400 billion dollars. Oil production is now at the level of 150 billion barrels, but we intend to approach the figure of 300 billion, ”said Chavez.