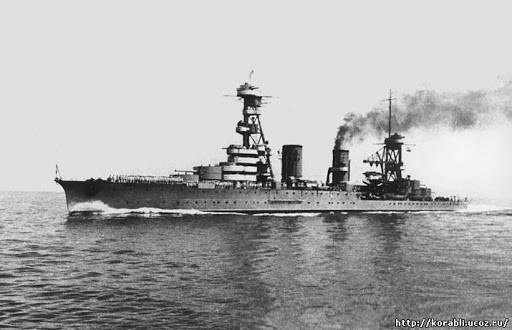 And the first number of strange ships was the tsarist cruiser, completed in the USSR according to the modified project "Red Caucasus" of the "Svetlana" type. When you get acquainted with the armament of a ship that is not bad, in general, for the First World War, one can only be amazed at how disfigured the formidable combat vehicle was. Nevertheless, the cruiser came in handy, fought, and even became a guard.

It is not surprising - helpless in battle against ships, he could well shoot along the coast. And the good state of the mechanisms allowed it to be actively used in the first period of the war. Although they built and planned it for something completely different ...

Lacking a powerful fleet, the Krasvoenmores, nevertheless, had to solve the problem of coastal defense, and a great idea came to the "genius" heads - to create a cannon capable of shooting at distances up to 38 km. Its essence was that even a light cruiser with such guns would be able to shoot even a battleship because of a mine-artillery position, remaining unpunished.

The engineer Chernyavsky made the cannon. But, as usual, it turned out not that very - extremely low survivability, crazy dispersion and the inability to shoot at full range, because there were simply no devices for over-the-horizon shooting.

It was for these guns of the B-1-K type that the unfinished "Admiral Lazarev" was identified.

Basically, the entire modernization project is an attempt to build the perfect Glory for the fight in Moonsund. Four single-gun turrets with superguns and four 76-mm Lenders for anti-aircraft fire. And that's all.

Later, the cruiser was rearmed and re-equipped. But all this did not affect the GC. As a result, a unique ship (a heavy cruiser according to the Washington agreements) would hardly have been able to fight off even a couple of destroyers, and was created for a kind of sphero-conical war, where it would shoot the Grand Fleet due to powerful minefields.

Kuznetsov understood all this:

“The shortcomings of the artillery of the main caliber of the“ Red Caucasus ”were so serious that in 1939-1940. the command of the Black Sea Fleet insisted on replacing the single-gun 180-mm towers of the cruiser with 130-mm twin mounts B-2-LM, the prototype tests of which were planned to be carried out from December 1940 to May 1941 on the leader Tashkent in Sevastopol. "
But in the end, nothing was done that way.

Number two strange ships can be called heavy cruisers such as "Kirov". 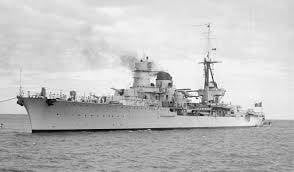 The very idea of ​​equipping a copy of the Italian light cruisers of the Raimondo Monteccucoli class with three three-gun turrets with 180 mm guns is creative to the limit, especially due to the low rate of fire of such a design and the general weakness of the ship.

Nevertheless, according to the project 26 and 26bis, 6 cruisers were built - the only pre-war Soviet cruisers. Weak armor, insufficient anti-aircraft armament and an unsuccessful main caliber are their calling card. The pursuit of 180 mm caliber, as expected, did not bring to any good (except for the USSR Navy, in the interwar period only Argentines used this caliber, and the British on ships of the First World War).

As a result, the most massive Soviet cruisers were the ships of projects 68 and 68bis, with quite classic main guns of 152 mm.

But this does not mean that the pursuit of curiosities has stopped. On the contrary, under the leadership of the People's Commissar Kuznetsov, rather strange projects were developed.

И number three - projects of heavy cruisers, more precisely, medium cruisers according to the Soviet classification, and even more specifically - the unborn offspring of admiral's wishes. 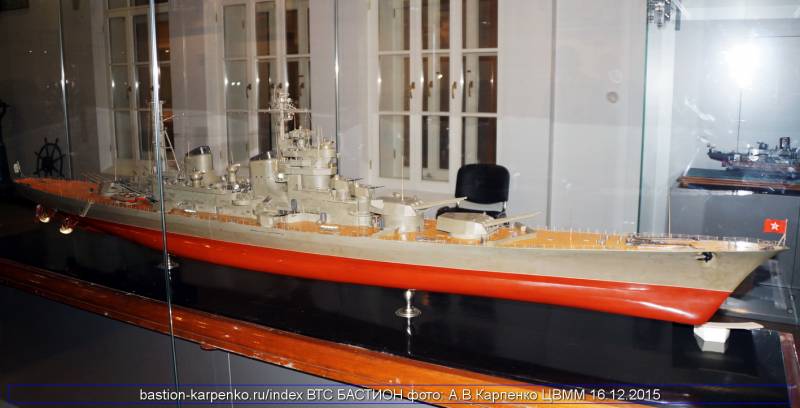 There were many projects.

Before the war, the project 69 cruisers developed, which began with artillery of 254 mm caliber, grew to 305 mm, and then redesigned for German 3X2 380 mm. But in the end, they were never built.

After the war, the cruisers of Project 66 with the main caliber of as much as 220 millimeters, which, in theory, were supposed to cut the American Des Moines, became the favorite brainchild of Kuznetsov. For 1953, the project provided for the construction of ships with a total displacement of 30 thousand tons, armed with 3X3 220/65 and with a main belt 155 millimeters. The construction never started.

Which is understandable. Surpassing the American in displacement, our cruiser was inferior to him in protection. And yet another 220 mm UWWAffe gave a lot of dispersion. As a result, the elaborated project remained in the archive. And the experimental main battery gun was quietly disposed of.

But this was not a reason to stop.

The cruiser was supposed to have a displacement of 14-15 thousand tons, a speed of 32-33 knots and a cruising range of 5000 miles.

In addition, two helicopters were to be based on the cruiser.

Unlike the old guns of the cruisers of the 26 project, the SM-45 gun had not a cartridge, but a separate cartridge case.

The elevation angle of SM-45 is from –3 "to + 76 °".
What were they going to shoot at in the early 60s (and earlier these cruisers would not have built) from universal 180mm guns? Big mystery.

Certainly not jet planes. For them, such a fire is harmless.

They did not build cruisers.

And they did the right thing. By that time, the naval air defense systems were being finalized. Yes, and aircraft carriers that would have to cover these, if I may say so, air defense ships, there were simply no ...

Designers' labor and resources went into the air.

Not the last time, though.

The standard displacement was set at 15-16 thousand tons, full speed - 32 knots. "
And he didn't take off either.

First of all, due to lack of demand.

For in the ocean, no air defense systems will help against the attack of the air wings of a pair of aircraft carriers. And there was no aircraft carrier of its own, and it never appeared. In short, useless ships. And the fact that the plans to build six of them were removed is an undeniable achievement of common sense. 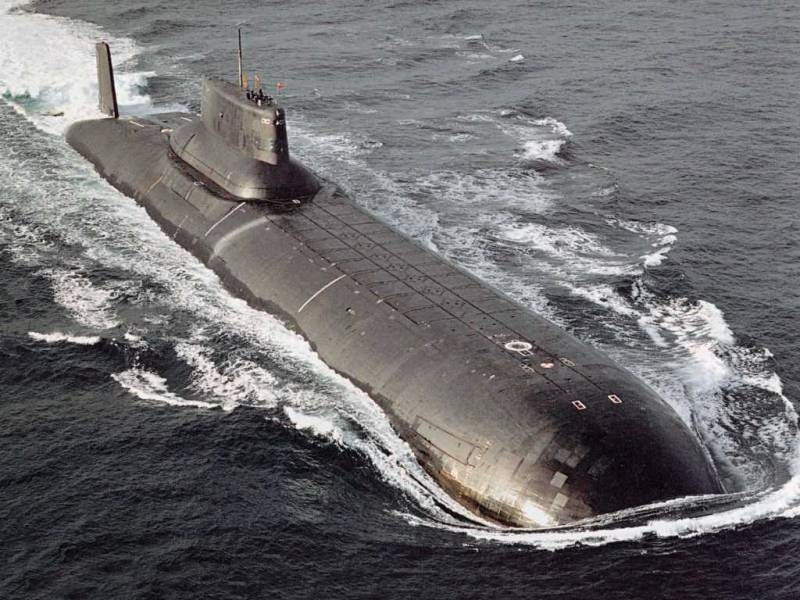 About Soviet ship monsters, the largest ships in the world, projects 1144 and submarines water carriers of project 941 a lot has been written.

You can argue endlessly about their functionality. Let's just note - Project 1144 cruisers were built simultaneously with 1164. The size is much smaller, and the functionality is comparable.

And the alternatives to the 941 water carrier (underwater displacement of 48000 tons), much more modest in size, but more lethal and more reliable, still serve. Dolphins have been the main carrier of naval strategic nuclear forces for 20 years. And they cope with their task without a record size.

And it is worth finishing with the last project of the Empire - the project 881 submarine.

The idea to create a killer anti-ship missile system, regardless of size and common sense, was in the air. And as a result, the RCC "Bolid" was released.

According to estimates, the nuclear submarines of project 881 reached an underwater displacement of 25000 tons, which made them the second largest ships in the world (the first are project 941).

As a result, the huge submarine became critically vulnerable to the enemy's ASW. And the development (along with the collapse of the USSR) was stopped ...

All our ships were divided into two groups: those that fully corresponded to global trends, and attempts to create a miracleweapon.

The former have always been quite up to par, but the latter ...

And miracle guns and miracle missiles did not give the effect that could be expected from them even once.

At best, they were lucky. As the carriers of 180 mm guns were lucky during the Great Patriotic War, the guns were unusable at sea, they were quite able to work on the shore.

In the worst case, the patriots have long accused the authorities of destroying yet another superweapon. Without even thinking that similar tasks can be solved easier and cheaper.

And the good news is that most of the monsters remained only in the form of models and TTZ in the archives, never having gone to water.