"Party of Regions" to head the LPR? 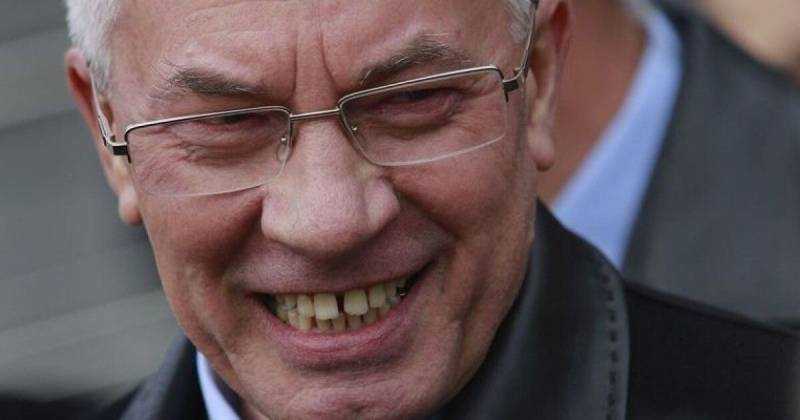 “If this is the question, and the people want to see me there as president ...

I'm ready for the elections. "
The politician said this on February 22, answering a question from a Russian journalist.

Zakharchenko also said that the republics need to unite, legalize the economy (remove institutional holes and shadow schemes), as well as restore social movements, that is, provide people with the opportunity to speak out, etc.

Numerous "insiders" have not yet had time to cry about this (but they will surely burst into longreads in a few days). Now they are busy with all possible assistance to the Ukrainian President Zelensky, who is at war with another ex-regional, Viktor Medvedchuk.

Over the past few weeks, Medvedchuk has been suddenly appointed to replace the disgraced Ukrainian oligarch Sergei Kurchenko, who has milked the coal industry and metallurgy in the LPR to dryness.

In general, the synchronicity with which the "Donbass" groups in social networks and separately taken talking heads began to play along with Zelensky, who is very profitable to connect Medvedchuk with the LPNR, suggests that they either do not hesitate to take contracts from Kiev, or initially work in the interests of Ukraine.

It is curious, by the way, that at the same time these "insiders" are actively scolding "Sputnik V", talking about some "side effects". Interesting coincidences, which for some reason do not attract the attention of the power structures of the LPNR.

The situation with the regionals as a whole is not new.

In Donetsk, Medvedchuk's secret office has been repeatedly found and even proclaimed his imminent anointing to the kingdom and close involvement in various internal processes. As for Vitaly Zakharchenko, as well as ex-Prime Minister of Ukraine Mykola Azarov, their "insiders" have been regularly appointed heads of the LPNR since 2015.

Frankly speaking, the invasion of the ex-regionals into the republics looks not so unlikely, but rather insignificant.

First, there are more than enough former Ukrainian security officials, politicians, judges, etc. in the LDNR. From the head of the LPR, Leonid Pasechnik, a former colonel of the SBU, and to the ex-people's deputy from the Communist Party of Ukraine, Vladimir Bidyovka, who now sits in the People's Council of the DPR. There are even TV presenters who worked in Ukraine before moving to the LPNR and called for the fight against “pro-Russian terrorists”. There are characters so odious that against their background Zakharchenko or Medvedchuk will look like archangels.

Secondly, next to local managers and effective managers, the same Azarov would look like a brilliant economist. The level of professional competence of the former regionals does not stand up to criticism.

Like the current Ukrainian authorities, they were mainly engaged in personal enrichment and liquidation of the country. Only they did everything much slower, trying to stretch the process for decades. However, comparing them with the Donetsk and Luhansk creative managers is like comparing a journalist of a regional small circulation with mastodons from federal publications.

But the most important thing is that the current authorities in the LDNR influence such a small number of issues, and their real powers have been reduced to such a minimum that practically anyone can be seated in their place with an equivalent effect. If only there were no new "Tashkent" and Plotnitskys.

In fact, no matter how badly the population of the LPR and DPR treats the former members of the Ukrainian government, who surrendered the country to the neo-Nazis without a fight, people are much more interested in more important things than portraits of "leaders". To end the war and stop dying people. So that, finally, the final divorce from Ukraine took place. And so that the standard of living becomes comparable at least to the Pskov region.

Even Mickey Mouse will satisfy the residents of Lugansk and Donetsk in the chair of the head. If only this person was not associated with the post-Maidan Ukrainian government, and this appointment would help solve at least one of the above issues.

Moreover, everyone understands perfectly well that only Russia can pull the Donbass out of the current situation. So the question of who will sit on the throne is more than secondary.

Although, of course, the attitude towards ex-regionals in Donbas is deservedly bad.

In general, the network games for candidates are all from the evil one. Nothing more than attempts to imitate understanding of big politics or involvement in it.

And also earnings on self-made "insiders" and decadent sentiments, which for successful monetization must be regularly fed with the next harbingers of "drain".