Better late than never: the history of Italian tank building 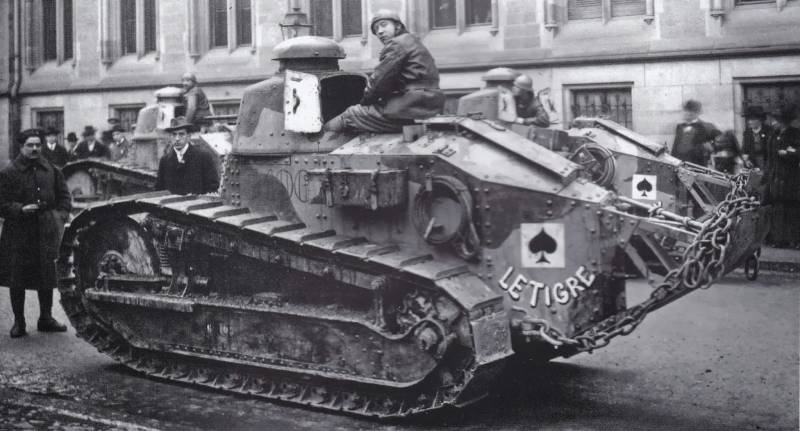 In 1911, Italy went to war with the Ottoman Empire and became the first country in the world to use armored cars in battle. The Isotta Fraschini machine was armed with a 7,62 caliber machine gun, had 4mm armor and performed well in battle, thereby becoming an incentive for the development of new types of equipment.


Three years later, a new war broke out near the borders of Italy - the First World War. After the country joined the side of the Entente, both classic troops and armored vehicles, represented mainly by Ansaldo-Lancia IZ and Autoblinda 3/40 vehicles, entered the battle. At the same time, it became clear: for specific landscapes of the front line, combat vehicles on tracks are needed. Designed and manufactured by Fiat and Ansaldo, the FIAT 41 soon arrived.The 2000-ton car was the world's first a tank with a rotating turret, but while it was being brought up to condition, the First World War was already over.

Although the Italian command assessed the tank's performance characteristics, the military doubted that the vehicle would be able to move through the mountainous terrain of the front. It was decided to buy Renault FT-17 light tanks, but the French gave almost all the equipment to their troops. The Italians had no choice but to start production at home. They made a tank with the same armor as the Renault FT-17, but lighter and faster. It was FIAT 3000. The first prototype was tested in 1920, and a year later the model was adopted. The series consisted of about 100 vehicles and remained in service until 1943.

After Benito Mussolini came to power, the country headed for the creation of a great Italian empire. Engineers began developing a turret version of the L3 tankette, which was later indexed L6. The vehicle was armed with a 20 mm automatic cannon. The hull and turret were assembled on rivets, and the thickness of the frontal armor reached 30 millimeters. However, the troops received the L6 only in 1942, when the time for light tanks had already passed.

At the same time, Italian designers put all their efforts into the development of heavy machines. The result was the Carro Armato M11 / 39, an 11-ton tank with a diesel engine and an unusual layout. The hull with 30mm frontal armor was assembled in the old fashioned way, using rivets and bolts. A 37 mm cannon was installed in the hull, and two machine guns were located in the turret.

The Carro Armato M11 / 39 was originally considered as a transitional model to more advanced machines, and therefore in the second half of 1940 the Carro Armato M13 / 40 went into series - the most common Italian tank weighing 13 tons and a 47 mm gun in the turret. A little later, an improved version of the car appeared - the Carro Armato M14 / 41. In 1940-1941, this technique fought almost on an equal footing with British cruiser tanks.

Yet Italian combat vehicles were far from ideal. The designers were preparing a modernized copy - Carro Armato M15 / 42. Unlike the rest of the M-series vehicles, it had a gasoline engine and 40mm frontal armor. The caliber of the gun remained the same, but the barrel length increased, and with it the muzzle velocity. It was the best Italian tank of the Second World War, which, according to tradition, was put into service with a delay.

After Italy's surrender in World War II, the country was occupied by German invaders. They disarmed the army and received factories with a streamlined production of a heavy Italian tank, which did not manage to get into the army. As a result, about a hundred new Carro Armato Pesante P26 / 40 cars went to Germany. The technique weighing 26 tons was created under the influence of the Soviet T-34. By the standards of medium tanks, it had good armor and a powerful weapon, but the big problem with the vehicle was the lack of a powerful engine.

As it turned out, the Italians planned to further develop the production of heavy tanks. Based on the P26 / 40, the P43 was developed with a greater mass and thicker armor. The work stopped at the stage of the layout. The P43 bis project with a 90mm gun was in the same state. The tank weighed 38 tons and could already be called heavy.

After World War II, there were restrictions on the development of military equipment in Italy. The main tank units were American and British tanks. However, already in the second half of the 50s, work began in the country to create its own equipment. In 1984, the C2 Ariete tank appeared on the basis of the German Leopard 1. It became the greatest success of the country's tank industry and to this day remains the backbone of the Italian armored forces.

More details about stories Italian tank building - in the video from the creators of the famous game World of Tanks.