Experts: Initiative in Germany on the Ukrainian water blockade of Crimea is a response to Kiev's actions against the SP-2 gas pipeline 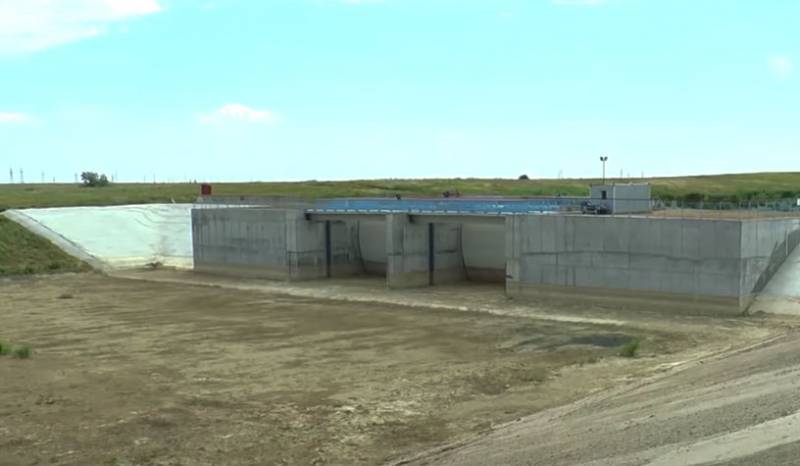 Russian politicians reacted to reports from Germany about the discussion in the parliament of this country of the Ukrainian water blockade of the Crimean peninsula. Recall that a few years ago Ukraine blocked the North Crimean Canal, which led to a significant deterioration in the situation with fresh water on the peninsula. Thousands of Crimeans are faced with a shortage of fresh water. For a long time abroad, no attention was paid to this fact at all.


Now it became known that the Bundestag is planning to raise the issue of Ukrainian actions to cut off the water supply to Crimea. The initiators of the discussion of this topic were the deputies from the "Alternative for Germany" faction. The mentioned party believes that the Ukrainian authorities violate human rights, including acting against the interests of their own citizens.

Germany recalled that Ukraine itself constantly says that Crimea is its "integral part". At the same time, at last, Western politicians expressed bewilderment as to how it is possible to deprive the citizens of their own country of a vital resource, which is water.

In Russia, responding to this initiative of the German parliamentarians, they note that now the Bundestag can adopt a resolution that will require Kiev to end the water blockade of Crimea. In particular, it was noted that in the Bundestag itself it will be difficult to ignore the issue of the Ukrainian water blockade, because there are constantly raised topics about the need to observe human rights.

In this regard, the question arises what kind of rhetoric Kiev will choose if the German deputies take measures to force Ukraine to restore the water supply to the Crimean peninsula.

Experts, meanwhile, note that Berlin is retaliating against Kiev for trying to disrupt the completion of the construction of Nord Stream 2. If Ukraine is doing everything to disrupt the construction of the gas pipeline (including appeals to the US President), then Germany is ready to show its readiness to find leverage over Kiev.
Ctrl Enter
Noticed oshЫbku Highlight text and press. Ctrl + Enter
We are
Reports from the militia of New Russia for 27-28 September 2014 of the yearInterview of Vladimir Putin with Radio Europe-1 and TF1
Military Reviewin Yandex News
Military Reviewin Google News
48 comments
Information
Dear reader, to leave comments on the publication, you must sign in.