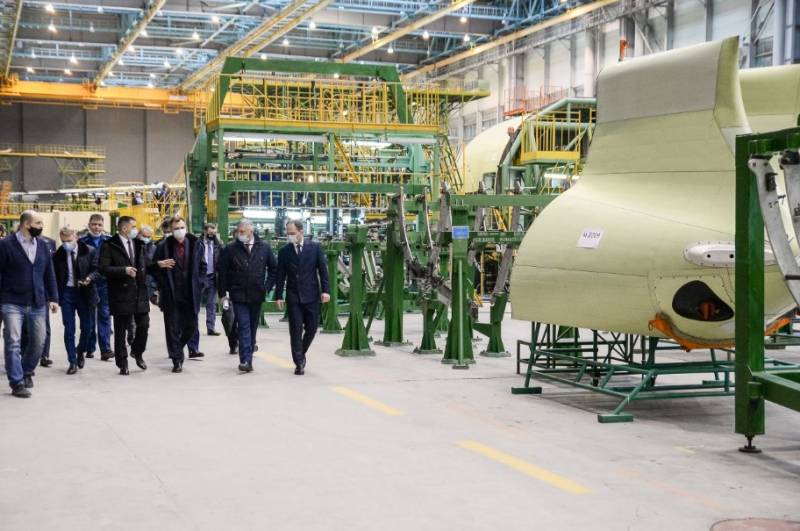 The head of the Ministry of Industry and Trade Denis Manturov told reporters about the creation of a joint venture for the production of a domestic business jet, which will be co-founded by the Emirati sovereign wealth fund Mubadala and the United Aircraft Corporation (UAC).


This was told in the news agency TASS.

Today the head of the state corporation "Rostec" Sergei Chemezov, present at the international arms exhibition IDEX, clarified in an interview with reporters that the production of this equipment had previously been decided to be located in Russia, and the UAE could become an investor in the creation of this Russian supersonic airliner.

For now, perhaps, production will be completely with us. Maybe the UAE will participate as a financial investor. But everything is still at the initial stage.
- quotes the words of Chemezov agency RIA News.

Yesterday Denis Manturov announced that it is planned to create two versions of a business jet capable of traveling faster than the speed of sound. One of them is an eight-seat VIP aircraft, while the other will carry up to 30 passengers.

Back in 2018, Russian President Vladimir Putin put forward the idea of ​​creating a Russian supersonic passenger aircraft based on the Tu-160 strategic bomber. Shortly thereafter, the KLA reported that they were using in work on a new project related to a supersonic civilian aviation, some developments applied in the Tu-160.