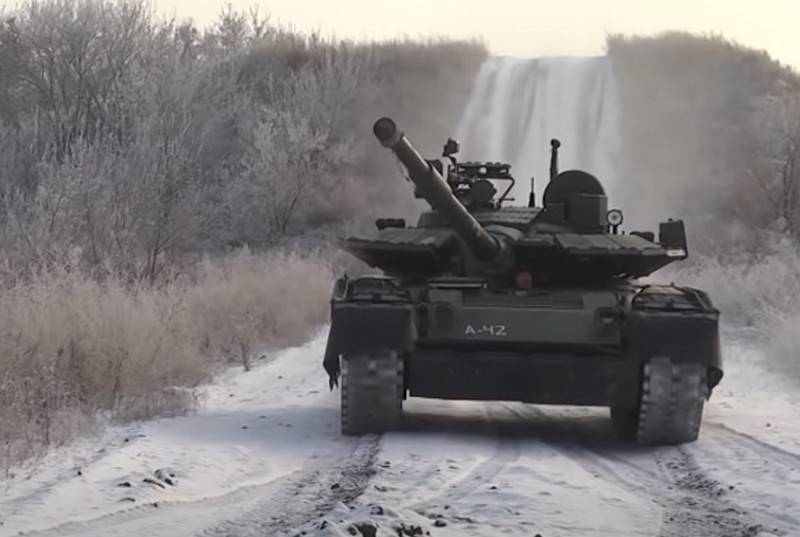 Modernized Tanks T-72B3M and T-80BVM will be built into the network-centric combat control system ESU TZ. This was reported by the press service of Uralvagonzavod (UVZ).


To date, the T-14 "Armata" and T-90M tanks are integrated into the unified control system of the tactical level of the ESU TZ. At the present time, the issue of equipping the ESU TZ equipment of the modernized T-72B3M and T-80BVM tanks in service is being considered.

The ESU TK system is a unified combat control system, which includes 11 subsystems. It allows real-time data exchange between various combat assets, and also creates a unified information network, data from which can be used by the crew of any combat unit. In addition, the system forms a single picture of the battle space, making it possible to clarify the most dangerous directions and deliver strikes that at the moment can become the most relevant and effective.
Ctrl Enter
Noticed oshЫbku Highlight text and press. Ctrl + Enter
We are
Russian T-90M tanks combined into a single network during exercisesRussian tanks T-72B3M and T-80BVM will undergo further modernization
Military Reviewin Yandex News
Military Reviewin Google News
39 comments
Information
Dear reader, to leave comments on the publication, you must sign in.