Tikhanovskaya: At the moment, protests in Belarus have failed 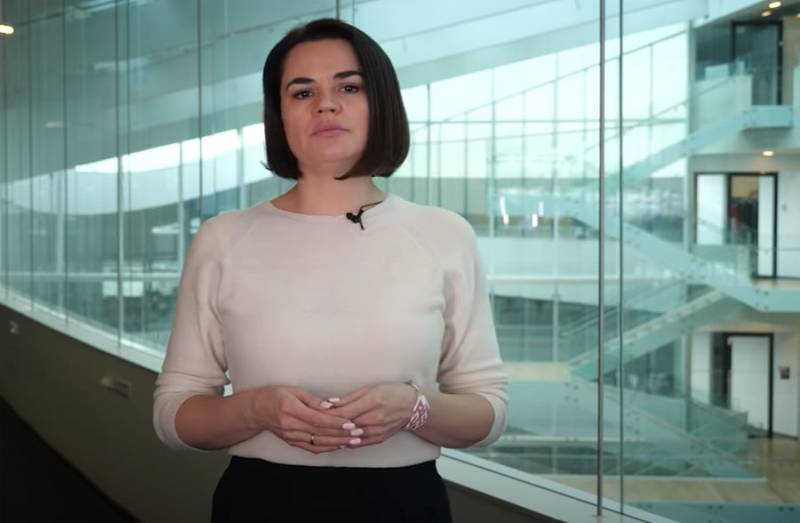 The Swiss edition of Le Temps presents an interview with Svetlana Tikhanovskaya. The main idea of ​​Tikhanovskaya, which she voiced in this interview, boiled down to the following: "The Belarusian oppositionists have lost control over the streets, today fewer and fewer people come out to protest actions."

At the moment, the protests in Belarus have failed. The road to democracy is clearly taking longer than originally anticipated. The opposition is now building structures, rather, for tomorrow's struggle.
According to Tikhanovskaya, who still lives outside the Republic of Belarus (in Lithuania), the Belarusian opposition "wants to better organize itself and put the Lukashenka regime under constant pressure."

This could allow people to gather on the streets again, perhaps in spring.
In an interview with the Swiss press, Tikhanovskaya announced "an imminent possible visit to Switzerland." According to her, she is going to ask the Swiss authorities for a resolution to freeze "Lukashenka's possible assets in Swiss banks."

This must be done for the fact that the regime has repeatedly committed actions against the freedom of journalists and human rights defenders.
Earlier, Alexander Lukashenko has repeatedly said that he has no assets abroad, "otherwise they would have been frozen long ago."

In general, Ms. Tikhanovskaya is increasingly reminiscent of Venezuelan Juan Guaido. At first, European and American journalists and politicians also actively communicated with this. Then they gradually began to forget about him. And in the end, in Europe, they completely abandoned the further recognition of Guaido as the "head of Venezuela", restoring the previous relations with the legitimate government and President Nicolas Maduro. For Tikhanovskaya, in the end, the same fate may be in store. There are prerequisites already today, since the ambassadors of the European countries are presenting their credentials to Lukashenka, while they are trying to use Tikhanovskaya in the hope of somehow shaking the situation.

An important difference between Guaido and Tihanovskaya should be noted here. In fairness, the first did not run away from his country, and waged a political struggle along with those who support him, in Venezuela itself. Tikhanovskaya, on the other hand, is trying to "steer" from abroad, which is why she has lost support even among those who previously came out under the slogan "Sveta is the President".
Ctrl Enter
Noticed oshЫbku Highlight text and press. Ctrl + Enter
We are
Tikhanovskaya: I want to remind Putin - no matter what you agree with Lukashenka, it will not have legal forceHow the war in Syria turned Belarusians into a prosperous life
Military Reviewin Yandex News
Military Reviewin Google News
155 comments
Information
Dear reader, to leave comments on the publication, you must sign in.