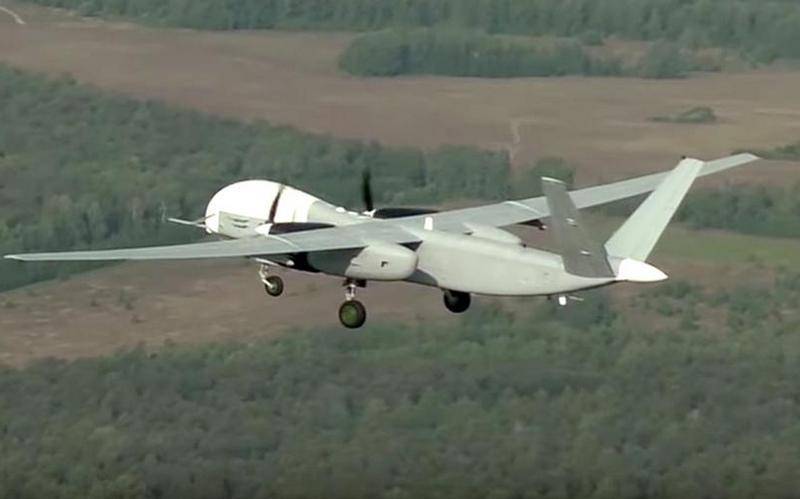 The Ministry of Defense has signed a contract for the supply of a pilot batch of Altius reconnaissance and strike drones. This is stated in the materials of the final board of the Ministry of Industry and Trade of Tatarstan.


As follows from the materials, after the implementation and defense of the technical project for the development of the drone, a contract was signed for the manufacture and supply of the Altius pilot batch. The production of drones is included in the company's plans for 2021, the delivery time and the number of UAVs in the batch have not been disclosed.

As part of the implementation of the state contract for the ROC "Altius-RU" for the development of UAVs by a separate subdivision No. 2 of JSC "Ural Plant of Civil aviation"(UZGA) in Kazan, the protection and closure of the" Technical design "stage has been successfully completed.
- the document says.

In mid-January 2020, it was reported that UZGA had completed tests of an experimental prototype of a promising unmanned aerial vehicle "Altius-U". The first flight of the unmanned vehicle in the Altius-U version took place in August 2019.

"Altius-U" is the final appearance of the drone, created as a result of the development and testing of a number of prototypes within the framework of the "Altair" project. The newest unmanned complex is capable of performing the entire range of reconnaissance missions, as well as using aircraft weapons. In February 2020, it was reported that a drone of high-precision gliding bombs 9-А-7759 "Thunder" was received for service.

UAV Altius has a wingspan of 28,5 m, a length of 11,6 m, and take-off weight of 6 tons. The flight altitude is 12 thousand meters, the flight range is up to 10 thousand km. In this case, the UAV can be in the air for up to 48 hours. The installed equipment allows reconnaissance at a great distance. The drone can also be controlled via satellite, which makes its range almost unlimited.
Ctrl Enter
Noticed oshЫbku Highlight text and press. Ctrl + Enter
We are
The Ministry of Defense ordered the development of an updated version of the Altius-U droneUZGA in 2012 will begin assembling Israeli UAVs
Military Reviewin Yandex News
Military Reviewin Google News
54 comments
Information
Dear reader, to leave comments on the publication, you must sign in.