After inflatable boats, the Ukrainian Navy wanted to get American inflatable targets 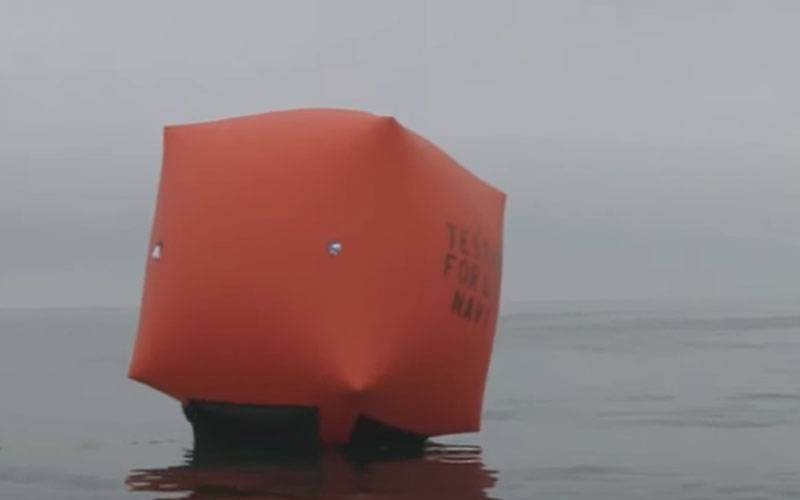 Several days ago it became known that several inflatable boats were delivered to Ukraine from the United States under the program of rendering military-technical assistance. Moreover, the batch of inflatable boats was received by the Commander of the Armed Forces of the Armed Forces of Ukraine Alexei Neizhpapa. And the ceremony was such as if it was not rubber boats that were accepted, but at least a couple of frigates.


Now there are reports that the Ukrainian naval forces have decided to increase the number of rubber products in their composition.

It is known that the first batch of inflatable targets, which according to the NATO classification are designated as Killer Tomatoes, will arrive in the first half of this year (2021). And these inflatable targets will be sent to military unit A2238, located in Odessa, where the western naval base of Ukraine is located.

We are talking about American-made targets. They are often used by the US Navy and US Coast Guard when firing Mk 38 Bushmaster artillery mounts. Such installations in the United States are part of the "Island" class boat weapons system. Let us remind you that earlier a pair of such boats were delivered to Ukraine, but without weapons. Ukraine had to arm the boats independently.

Ukrainian users were skeptical about the plans to purchase American targets. In particular, the question arose: firing practice at which objects of the Armed Forces of the Armed Forces are going to be carried out using a cube target with a linear size of 1,5 m - at smugglers' boats?

An example of the use of this type of inflatable target in the USA:

Ctrl Enter
Noticed oshЫbku Highlight text and press. Ctrl + Enter
We are
Summary of the week from voenkor Mag about events in the DNI and LC 21.04.18 - 27.04.18Reports from the militia of New Russia for 27-28 September 2014 of the year
Military Reviewin Yandex News
Military Reviewin Google News
62 comments
Information
Dear reader, to leave comments on the publication, you must sign in.