US press: USSR sent about 1983 aircraft to Eastern Europe in 100 to wage a nuclear war with NATO 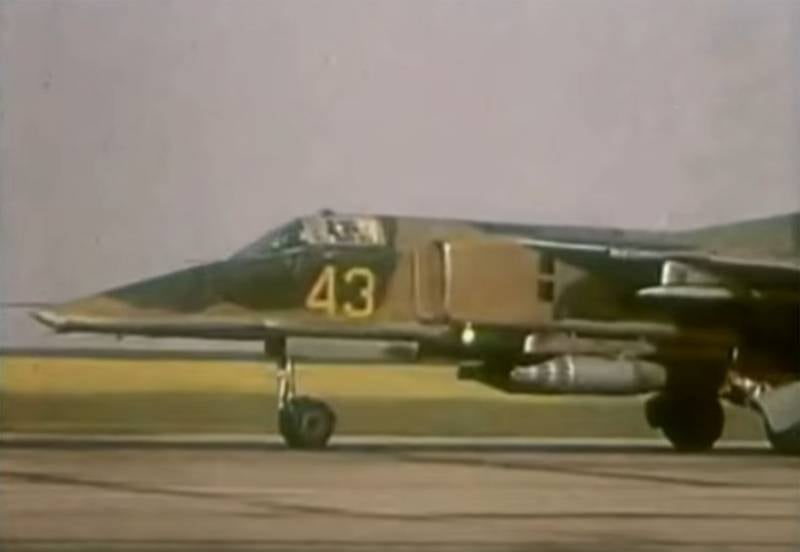 The American press published materials describing the readiness of the Soviet Union for a nuclear war in the early 1980s. In the military-thematic section of The Drive, an article by Thomas Newdick has been published, in which he quotes excerpts from a declassified secret folder of documents called "War Scare". These documents are dated 1983.


The materials declassified by the American side contain data that in response to major NATO military maneuvers in 1983, the USSR put into service about 100 aircraft "for nuclear war", deploying them in Eastern Europe.

Soviet fighters, based in what was then East Germany, were loaded with nuclear bombs and prepared for "immediate use" as Moscow prepared its forces for a potential full-scale war with NATO in 1983. This is one of the more recent details of how a new "fear of war" surfaced in 1983 and when both sides found themselves on the brink of a major conflict. And all this is due to a very serious misunderstanding. 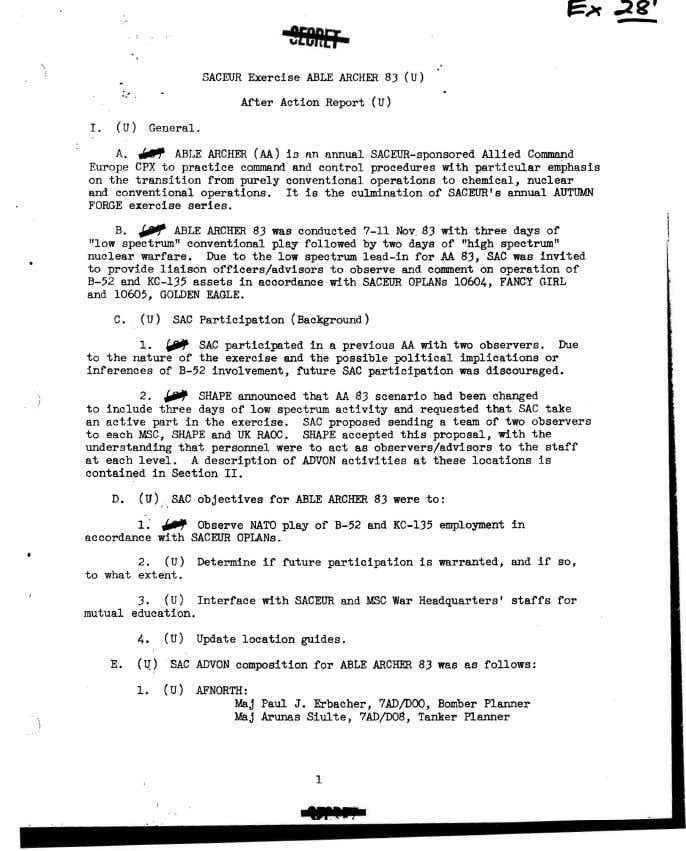 The reaction of the USSR with the deployment of aircraft capable of carrying nuclear weapon, as already noted, is associated with large-scale NATO exercises. We are talking about the 1983 Able Archer maneuvers, during which the North Atlantic Alliance tested the ability to interact in Europe and beyond, including in the event of a nuclear conflict with the Soviet Union.

From an article in the American press:

Then the USSR considered it a full-fledged preparation for an all-out nuclear attack.
Most of the documents on those events were declassified in the United States in 2015. At the same time, certain details continue to appear in the West.

New documents published by the State Department clearly show how the Soviet government prepared for Armageddon and believed that events could follow exactly this scenario.
A few words about the scenario for NATO exercises in 1983.

It all started with the fact that on November 4, the forces of a conditional enemy attacked the countries of Europe. On November 6, the simulated enemy, according to the scenario of the exercises, used chemical weapons. On November 7, NATO began to "respond". It was modeled on the need for a nuclear strike. Then, among the ideologists of the nuclear strike, as noted, was Margaret Thatcher.

As you can see, the "horror stories" of the West about the use of chemical weapons by the USSR (Russia) go back to the era of the Cold War. Is it any wonder today when the collective West makes such accusations against Russia? These accusations were originally incorporated into NATO's strategy of confronting Russia, and therefore for NATO itself they became one of the foundations for conducting its activities.

Returning to the publication in the US media, it is worth noting that it describes the deployment of Soviet combat aircraft capable of carrying nuclear weapons in the countries of the Warsaw Pact, including Poland and the GDR. This includes supersonic MiG-27 fighter-bombers and Su-24 bombers. Then, such a deployment pretty much scared the NATO command.

Among the fighter-bomber divisions, one squadron in each regiment was ordered to arm its aircraft with nuclear bombs.

Photos used:
copy of a document from the archives of the US State Department

Ctrl Enter
Noticed oshЫbku Highlight text and press. Ctrl + Enter
We are
Yuri Drozdov: Russia prepared the role of the sacrificial calfRussia is taken to the Golden Billion
Military Reviewin Yandex News
Military Reviewin Google News
47 comments
Information
Dear reader, to leave comments on the publication, you must sign in.