What should Russia do when "the refrigerator wins the TV" 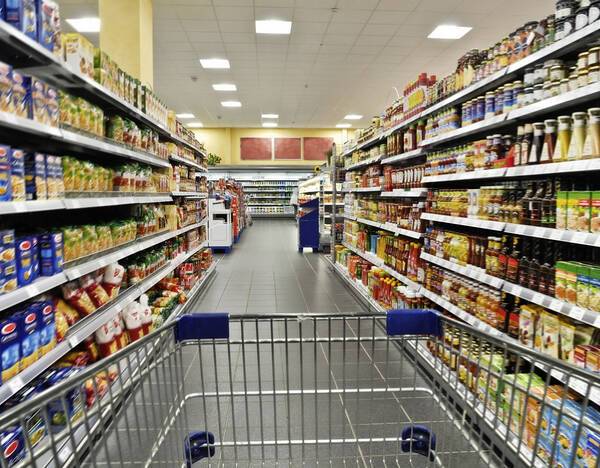 The lack of state planning over the past two decades has led the country to the current stagnation and to the prospect of losing state stability (in fact, to turmoil). When the economy and the welfare of citizens are falling, and the world smells of gunpowder, an urgent need is needed

"all hands on deck"

The rise in prices for food in Russia has become a record in 5 years.

Such data presented analytical service FinExpertiza. The increase in the price of granulated sugar for the year amounted to 64%, sunflower oil - more than 26%, the cost of cereals and legumes - over 20%, chicken eggs - 18%, fruits and vegetables - about 16%, and macaroni - 13%. Producers promise a further jump in prices for eggs, poultry, pork, meat products (sausages, sausages, etc.). That is, most of the country's population was under attack, for whom food is the leading item of expenditure.

On the whole, an unfavorable socio-economic situation has been observed in the Russian Federation for several years (one of the reasons for the extinction of the Russian people). At the same time, the highest rise in prices is observed in the poorest regions with a low-income population, which spends the bulk of its income on food. The economy is falling, the ruble is getting lighter, small and medium-sized businesses are going bankrupt, the population is becoming impoverished, and demand is falling. The circle is closed, the economy is falling again.

Revolutionary sentiments, especially among young people, are growing. And the authorities do nothing special, except ascertaining the fact of problems.

You need to remember about historical lessons.

Let me remind you that problems with food (bread) became the reason for the February riots in Petrograd in 1917. And they led to the February Revolution, the fall of the autocracy and the collapse of the Russian Empire. That, in turn, caused the bloody Russian turmoil.

At the same time, there were no hunger and serious problems with food security in the Russian Empire. The food was there.

It was a matter of sabotaging certain forces aimed at demolishing the monarchy led by Nicholas II. And in banal speculation. When traders profited from the people. And the authorities were unable to put things in order in time and correctly assess the situation. She did not take measures to clean up the “fifth column” and speculative capital.

And on the way out - the collapse of the empire, civil war and intervention. Millions dead.

It would seem that Putin's conservatism could be welcomed.

Since he keeps the country from chaos and collapse. From the repetition of the events of 1991. From the death of the Russian state. What will our "partners" in the West and in the East be only happy about? And I'm sure they will try to solve their problems again at our expense. As has happened more than once in history.

Conservatism is good. Especially in the context of the global crisis (developing into the collapse of the previous world order).

But conservatism alone is not enough today.

Stability without growth degenerates into stagnation. And this is already a harbinger of decay and turmoil.

The people cannot but develop. And the growth of well-being must take place constantly.

People can suffer some problems and difficulties if they are obvious, objective. As it was during the Great Patriotic War.

"Life has become better, life has become happier".
After the war, the country recovered in the shortest possible time. And life began to improve again.

Up to regular price reductions for food and manufactured goods. This was an indicator of the quality of governance under Stalin. At the same time, people saw how new schools, palaces of culture, hospitals, sanatoriums, bridges and roads were being built and put into operation (and not "optimized", as it is now in the Russian Federation).

There are no special difficulties in the external and internal situation at present. The point is the quality of management and the desire of a certain stratum for profit.

Everything else can be decided. In particular, through new industrialization and targeted development of agricultural sectors. Putting order in domestic trade. An increase in the quality of managers, not in their number.

Irritation builds up among the people.

This is used by various destructive forces. Society always starts asking questions when the life of the common people gets worse. At the same time, concealing information and lying about the true state of affairs in the country and the world are always worse than the truth.

Power must always have a strategic plan and consistently achieve tactical goals. And if it is impossible to achieve them, either change them, or - the whole strategy.
Today it has become obvious that endless talks about a market economy, privatization, innovation, modernization, optimization, digitalization are all verbiage. Like dreams

"About Europe from Lisbon to Vladivostok",
preservation of Russia in a raw material economy "pipe".

The semi-colonial, raw material and peripheral capitalist model of the 1990-2000 model has completely exhausted itself. The liberal economic model is leading the Russian Federation to disaster. "Strategy 2020", like the May 2012 decrees, as well as the national projects of 2018 - all this completely collapsed. And it's impossible.

First, you need to abandon the advisers face of the IMF, WB, EBRD. And their Russian minions like HSE and RANEPA.

Liberal-monetary methods of management - in a landfill. Gather a different intellectual team, change the strategic economic course. Moreover, this should have been done back in 2014, when the West organized a revolution in Ukraine. In the wake of the patriotic upsurge, immediately after the reunification with Crimea, this would have been much easier to accomplish. Now it will be much more difficult.

Secondly, full control over the Central Bank and the Ministry of Finance. The Ministry of Finance must implement targeted investments at the lowest or even negative percentage in industry, agriculture and large infrastructure projects (for example, the completion of the Northern Railway, which will complement the Transsib; a tunnel or bridge to Sakhalin, etc.). Rejection of the 2018 pension reform.

Third, a powerful demographic program is needed. In order to restore the reproduction of the Russian people and other endangered indigenous peoples of Russia.

Expansion of the maternity capital program (for example, with each child the amount increases by 50–70%), as well as the possibilities of its use.

Introduce the maternal salary (equal to the national average) so that the mother (or, in special cases, the father) can only deal with the upbringing and development of children. Introduce the ratio: the more children, the higher the salary. Loans for their housing to young families at zero or even negative interest: with two children, half of the debt is written off, with three - 70%, with four - the entire amount.

Plus a full-fledged restoration of the Soviet system of upbringing and education: secondary school, art, music schools, houses of creativity and culture, circles, etc. Children from morning to evening must study, reveal their intellectual, creative and physical potential. Everything is free, at the expense of the state. Accordingly, teachers, lecturers, educators, scientific, creative, artistic and physical leaders should materially become the elite of the nation.

Thus, right now, before it is too late, it is necessary to solve the priority problems of Russia.

Show the people that the government does not sleep and is acting.

We should start acting in this direction now, while the people still trust the authorities.

The foundation of all measures is full sovereignty from the West (and not partial, as it is now), social justice, the good of the people and the state.

Ignoring the instructions of the EU and the United States, a course towards a true strategic alliance with China. Complete sabotage of the recommendations of Western organizations like the IMF.

The dog barks and the caravan moves on.

Recognize the fact of division of the Russian super-ethnos and the Russian world. To declare a course for the unity of Great, Small and White Russia - the entire Russian people.

With the new composition of the State Duma, cancel the pension reform, which has sharply undermined the people's confidence in the supreme power. Return the retirement age to the previous standards.

Give up the vicious practice of using the people in the form of "new oil". In essence, this is a sabotage of the West against Russia and the Russian people.

Stop exporting capital. Use the funds of the gold reserves and the NWF for targeted investment in large industrial, agricultural, and infrastructure projects. To increase wages, benefits, create conditions for a constant growth in the well-being of the people and the demand of the population.

These simple and even populist measures will lead to the formation of a sovereign (autocratic), popular model of the state.

This will bring Russia out of stagnation.

Will solve the problem of the extinction of the people.

And he will save the power in the raging sea of ​​world turmoil.

Ctrl Enter
Noticed oshЫbku Highlight text and press. Ctrl + Enter
We are
What you didn't want to know about EnglandWhat we lost
Military Reviewin Yandex News
Military Reviewin Google News
689 comments
Information
Dear reader, to leave comments on the publication, you must sign in.