When you're just not a soldier

Sometimes members of the forum say that my articles are too laconic.


Yes it is. I don't want to "pour water", creating the appearance of volume. I skip technological terms, which are not entirely clear myself. And sometimes - because there is simply not enough material. As it is now fashionable to say: "from the word in general" no.

Something similar happened with the Romanian shoe data search.

It seems that everything is there - both the Internet and a translator. And you start to understand - useful one or two phrases. But I will start with the search that has already become traditional for me, generalizing and indicating the essence of such shoes. So, for Romanian shoes this keyword will be the word - poverty.

Let's try to figure out why.

This is how a Romanian infantryman should have looked at the beginning of World War II. This is if according to the charter and for the parade. He is dressed according to the pattern of 1939.

According to the aforementioned reform, he was entitled to shoes from two pairs of leather boots (one on his feet, the other - spare). Black color. The number of eyelets is eight pairs. Leather sole. Lined with horseshoes and spiked nails. 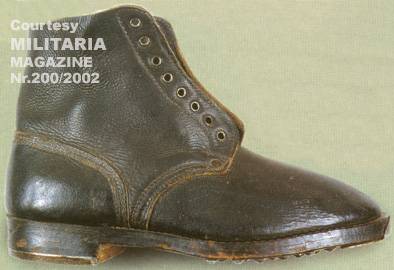 They were to be worn with leather cuffs (gaiters) attached to the leg by three narrow straps with buckles.

And here the most curious thing begins.

I tried to find their photos. But I failed!

There are graphic images, there are diagrams, color drawings. And the photo is not. To be honest, there was one thing - very far away. So much so that I doubted the correctness of the definition.

No money, but you fight

But there are forums for reenactors. I started reading ...

So, even there it is indicated that with the identification of Romanian uniforms and equipment, disputes and incomprehensible situations often arise.

I did not mention the offensive word for nothing poverty... After the First World War, many countries found themselves in distress and oppression. And Romania was also "redrawn" several times, taking a piece of territory. Maintain a highly paid professional army? What finance?

But nobody canceled military service. Against the background of all this social chaos in the army, a situation has developed when a soldier hates an officer, and an officer openly despises a soldier.

The Romanian General Staff hoped for Hitler's help in resolving territorial disputes. Berlin said that it was not going to settle anything until the end of the war. Along the way, he invited himself to participate in the "section of the pie".

And the peasants, dressed in poor quality uniforms, having received Czech rifles in exchange for the antediluvian "karmultuk" Tanks, joined the campaign to the East.

If we return to the shoes, then, looking at the photographs, I realized that even the cavalry were not all in boots or boots with leather leggings. (By the way, they look like riding boots from afar).

The officers are from the upper strata, those - yes. In shiny leather, most likely custom tailoring.

But the rest were very rarely shod in boots or in the mentioned boots with leggings. Basically - boots and cloth windings. Without any leather bracelets put there. 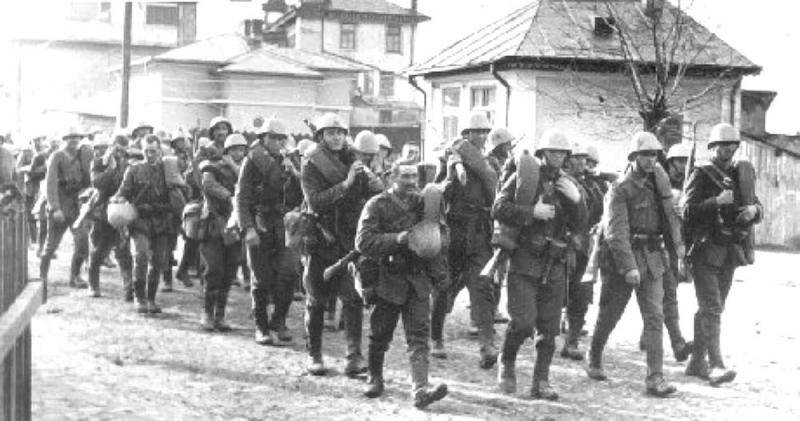 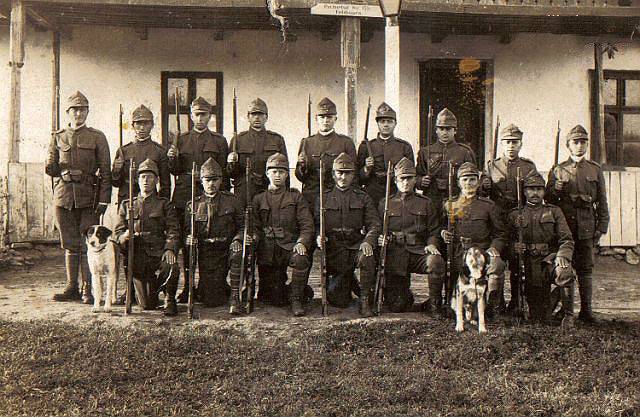 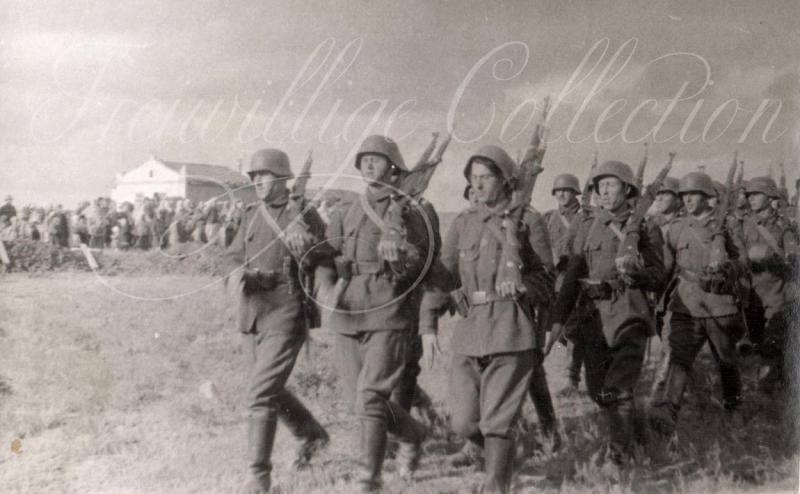 But, most likely, these are staged shots. For propaganda.

Why did I decide that?

Because I looked through a whole photo album about the Romanian soldiers of the Second World War. So there, even home, the following photos were sent to relatives: 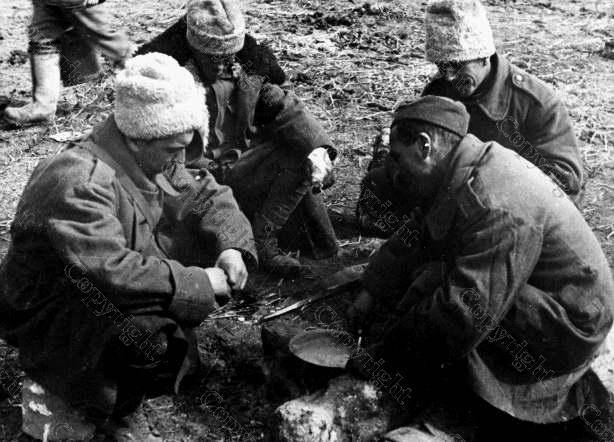 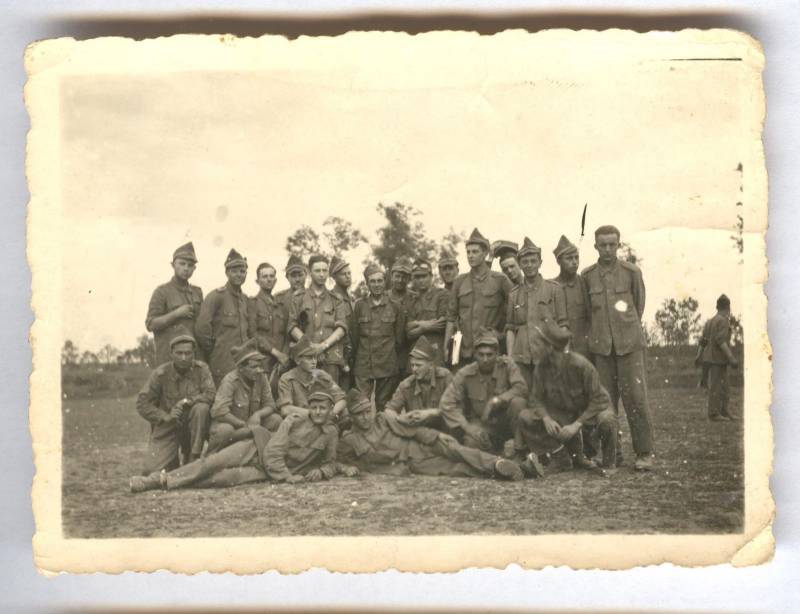 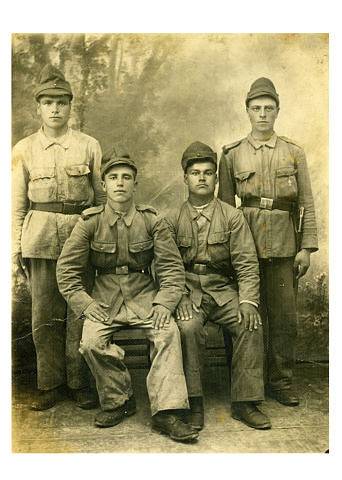 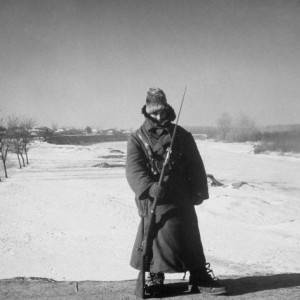 Are the conquerors good?

However, now I understand why on construction sites sloppy and ragged workers are called "Captured Romanians"... Here they are, in formation ... 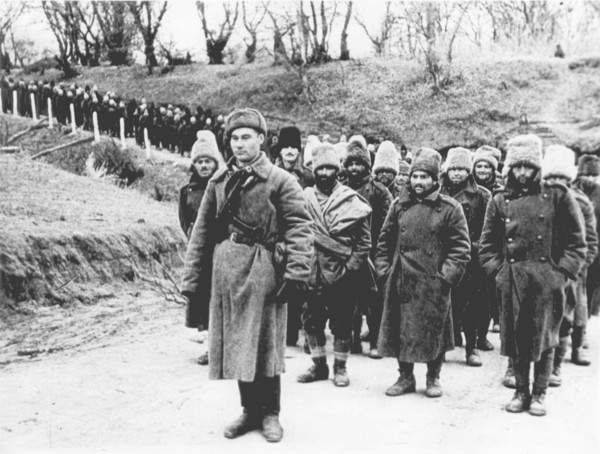 And also, perhaps, he guessed with whom the director Andrei Tutyshkin created immortal images for "Wedding in Malinovka".

Although this is my personal opinion ...

Ctrl Enter
Noticed oshЫbku Highlight text and press. Ctrl + Enter
We are
A great interview with Sergey Lavrov: about Ukraine, Obama and IranWhat you didn't want to know about England
Military Reviewin Yandex News
Military Reviewin Google News
106 comments
Information
Dear reader, to leave comments on the publication, you must sign in.