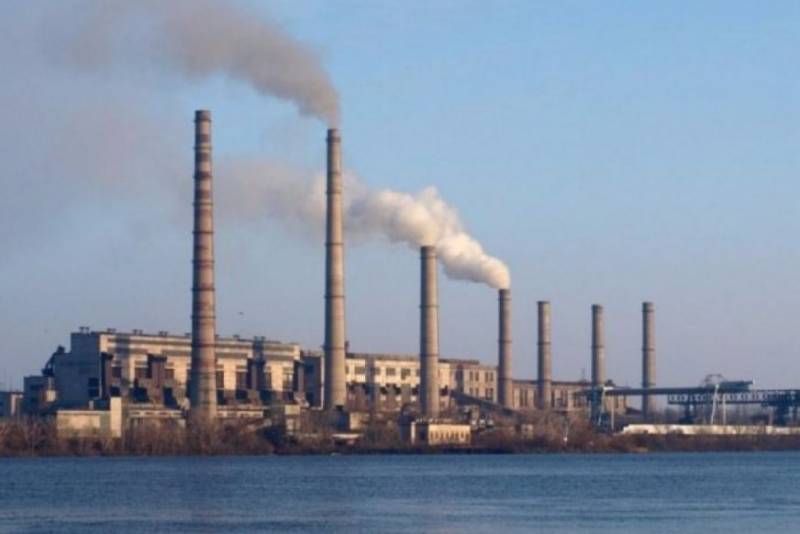 
This is evidenced by the data of the Ministry of Energy of Ukraine, published the day before.

According to the operator of the united energy system, NEC Ukrenergo, which published its data, four more power units of thermal power plants stopped in Ukraine due to the lack of thermal coal necessary for their operation. These are two power units of the Zmievskaya TPP, which is part of the state-owned company PJSC "Centrenergo", and two more - the Zaporozhye TPP, which is a private DTEK owned by the Ukrainian oligarch Rinat Akhmetov.

In addition, another 13 power units of thermal power plants have already stopped working and stopped for emergency repairs. Thus, at the moment, 17 TPP power units are not able to generate electricity at a time when the heating season in the country is in full swing.

Let us remind you that earlier Ukraine signed contracts for the supply of coal from the USA, South Africa and Australia. As a result, "American" coal was shipped at the port terminal of Novorossiysk.

Ctrl Enter
Noticed oshЫbku Highlight text and press. Ctrl + Enter
We are
Cyberattack paralyzed the work of customs, tax structures of Ukraine and UkrenergoReports from the militia of New Russia for 17 September 2014 of the year
Military Reviewin Yandex News
Military Reviewin Google News
173 comments
Information
Dear reader, to leave comments on the publication, you must sign in.