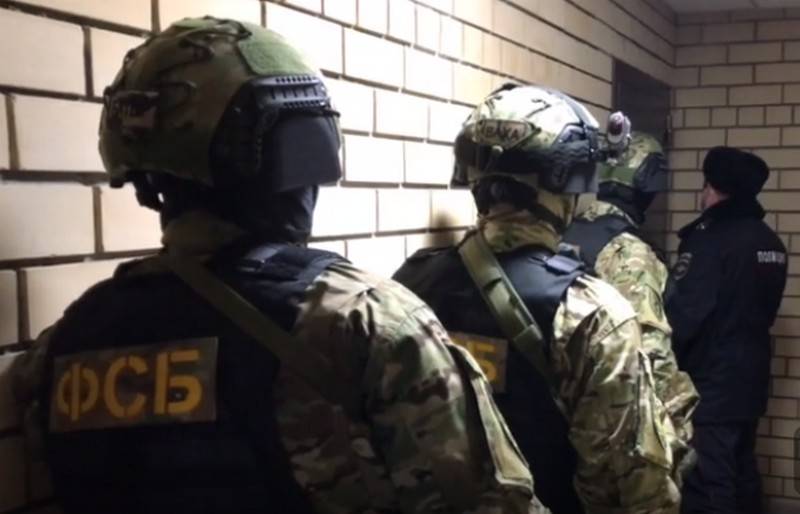 The Russian Federal Security Service has suppressed the activities of supporters of the Ukrainian youth neo-Nazi radical group. This is reported by the DSP of the FSB.


The operation to identify and detain members of the group was carried out in Voronezh by FSB officers together with the Ministry of Internal Affairs. The detainees, who are supporters of the Ukrainian neo-Nazi radical group MKU, conducted propaganda of neo-Nazism, massacres and ethnic conflicts in Russia.

At the moment, it is reported about three detained citizens of Russia, 18, 19 and 33 years old, and the organizer and ideological inspirer of the group was a 19-year-old young man. The details of the detainees are not provided. Several more people may be involved in the activities of the group, operational and investigative actions continue.

During the searches in the places of residence of the detainees, extremist literature, symbols of nationalist organizations, cold weapon, as well as means of communication with information about planned and already committed crimes.

Criminal cases were initiated against the detainees, and the issue of choosing a preventive measure is being decided.
Ctrl Enter
Noticed oshЫbku Highlight text and press. Ctrl + Enter
We are
Results of anti-terrorist work on Dagestan in April 2014“Aviation equipment” will develop launch systems for high-precision missiles for promising Russian aviation by 2016
Military Reviewin Yandex News
Military Reviewin Google News
138 comments
Information
Dear reader, to leave comments on the publication, you must sign in.