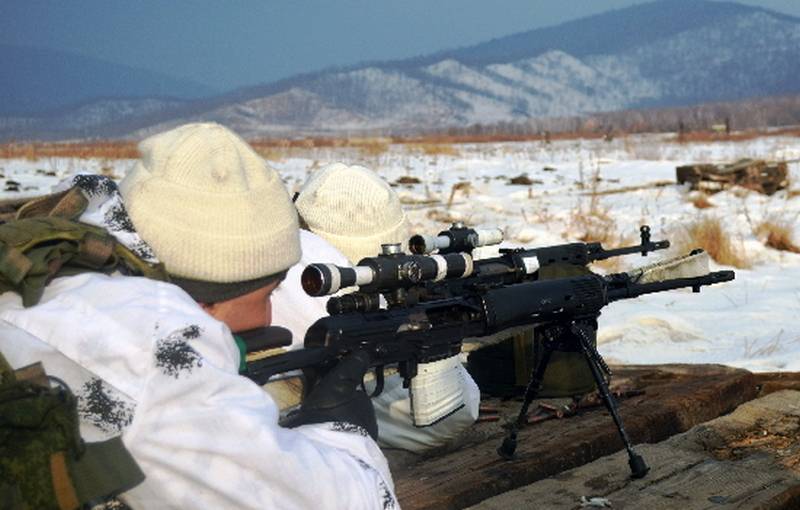 State tests of the new Ugolek sniper complex being developed for the Russian army will begin in 2022. This was reported by the press service of Rostec.


The developer of the rifle TsNIITOCHMASH has begun manufacturing prototypes of a new sniper rifle, which will take part in preliminary tests. The next stage - state tests - is scheduled for 2022, the exact dates have not been named. In November last year, industrial director of the Rostec weapons complex, Bekkhan Ozdoev, said that state tests were scheduled for the end of 2021.

Currently, prototypes of sniper systems are being manufactured for preliminary tests. State tests are scheduled to begin in 2022
- leads TASS message Rostec.

TsNIITOCHMASH said earlier that the Ugolek sniper rifle is intended for long-range shooting, and not to replace the SVD, which is the main sniper rifle in the Russian army.

In the future, on the basis of army rifles, hunting self-loading rifles will be created for both caliber - and .308, and .338 Lapua Magnum.
Ctrl Enter
Noticed oshЫbku Highlight text and press. Ctrl + Enter
We are
The dates for the start of state tests of the Ugolyok sniper rifle have been determinedTsNIItochmash creates a new sniper complex "Ugolyok" for the Ministry of Defense
Military Reviewin Yandex News
Military Reviewin Google News
71 comment
Information
Dear reader, to leave comments on the publication, you must sign in.