Through hardships to global recognition: the history of French tank building 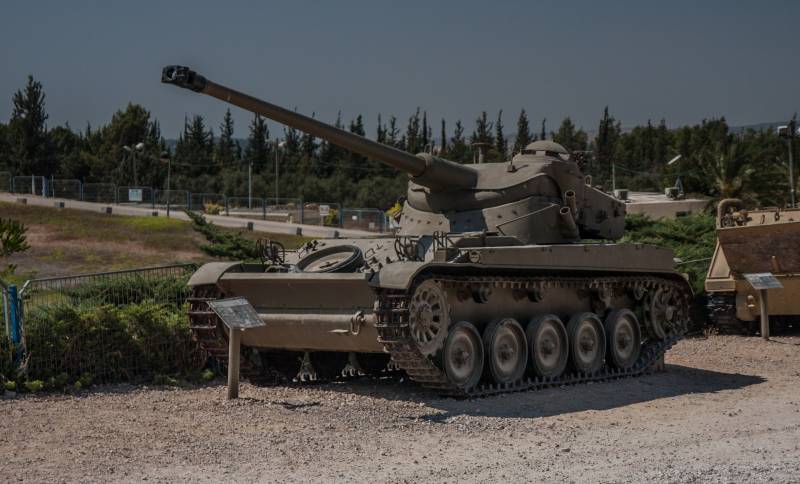 History French tank building began during the First World War. There was a trench warfare, and the advancing infantry sorely lacked firepower to break through the defenses. The solution to this problem was dealt with by the command of each of the opposing sides. While the Germans relied on heavy, long-range artillery, the British and French were looking for a way to move the field guns as close to the enemy as possible.


"Father" of French tanks considered General Jean Baptiste Etienne. He was sure that the victory in the war would be won by the one who was the first to place a 75mm cannon on a vehicle capable of passing through any terrain. Etienne's idea was supported by the commander-in-chief of the army, Joseph Joffre, and in February 1916 the first French tank assembled by Schneider was successfully tested. Soon, a second machine was created called Saint-Chamond. Its distinctive feature was its electric transmission. The gasoline engine transmitted torque to the dynamo. It powered two electric motors that drove two tracks. However, both tanks had obvious disadvantages: small angles of fire and poor maneuverability.

The industrialist Louis Renault undertook to correct the shortcomings (at the personal request of Jean Baptiste Etienne). He developed the legendary Renault FT light tank, which became the embodiment of the classic layout. The presence of only two crew members made it possible to quickly staff the tank army, and due to the small dimensions of the vehicle, it was easy to transfer from one direction to another using trucks. On July 18, 1918, 245 Renault FT vehicles entered battle for the first time against German troops near Soissons. In that battle, the French easily broke through the front and advanced deep into the defense at a distance of about 10 kilometers. The tank has proven its effectiveness. A series of defeats began, which remained in the memory of the German commanders for a long time.

After the victory in the First World War, the French command did not doubt the superiority of their technology. Due to its simplicity, reliability and low cost, high expectations were pinned on the Renault FT. Until the second half of the 30s, no one was going to change anything, and the production of tanks dropped dozens of times. The economic crisis and the limitation of the military budget played a significant role. The reason for thinking was the impending threat from Nazi Germany. The military units began to receive new combat vehicles, but France did not have time to complete the rearmament by the beginning of World War II.

More than a thousand Renault FTs remained in service, but the brunt of the fighting fell on new vehicles such as the Renault R35. The vehicle was classified as an infantry escort tank. Its speed did not exceed 20 km / h, and the 37-millimeter gun could not cope with all the tasks. The Hotchkiss H35 tank also did not live up to expectations. Its production was planned to be increased to 500 pieces per month. But the plans of the command never came true.
Also in service with the French was the Somua S35. The tank reached speeds of up to 40 km / h, and the 47-mm gun successfully fought against both infantry and armored vehicles. The car was reliable enough, but not the easiest to maintain. A serial heavy tank B1 bis fought with her on the battlefields. Due to the reinforced armor, it was practically invulnerable to early anti-tank guns. In addition to the main 47 mm cannon, the vehicle had another 52 mm gun in the hull.

However, the French tankers could not boast of special achievements. Rarely successful operations did not practically change the situation on the military map. Germany time after time demonstrated the effectiveness of tank wedges and sowed panic among the French generals. Despite this, even during the occupation, a new tank was secretly developed in the country. After the liberation of Paris, the work of engineers accelerated, and soon the ARL 44 appeared - a transitional type machine with outdated design solutions, but with a new muzzle brake that reduces recoil. The car did not have time to participate in the battles, but made France again believe in its engineers. In 1952, they introduced the brand new AMX 13 75 light tank with a swinging turret and a drum loading system. Huge firepower made it possible to fight on equal terms with the main tanks of other countries. The car was in production for 35 years.

Then, a period of experimentation began in the history of French tank building. The Lorraine 40t, M4, and AMX 50 never made it into production, however. Production stopped at the level of prototypes and prototypes. And only the appearance of the new AMX 30 tank contributed to the next rearmament of the army.

For more details on the history of French tank building, see the video from the creators of the famous game World of Tanks.

Ctrl Enter
Noticed oshЫbku Highlight text and press. Ctrl + Enter
We are
Tanks of the USSR, before the warTank "Panther"
Military Reviewin Yandex News
Military Reviewin Google News
10 comments
Information
Dear reader, to leave comments on the publication, you must sign in.